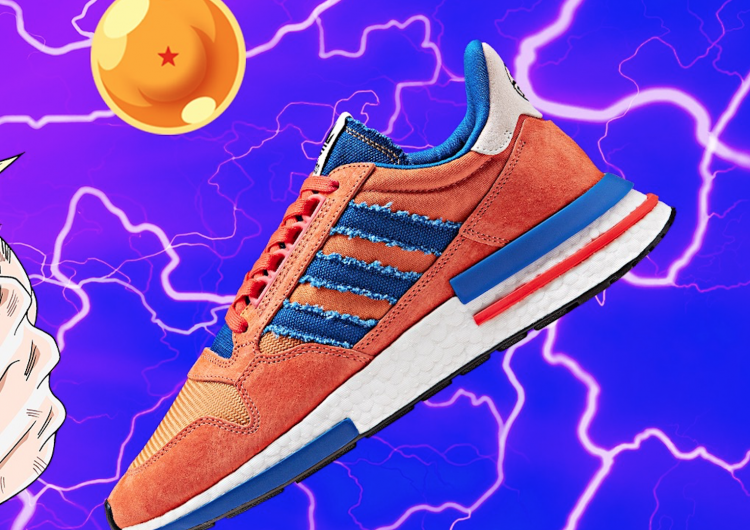 Let’s be honest, we’re not the only one who skipped the afternoon siesta just to watch anime on our TV. Though we’ve grown up and moved on with our lives, the fun and love we shared with Son Goku lives on through Adidas Originals’ collaboration with Toei Animation and legendary global anime series Dragon Ball Z. 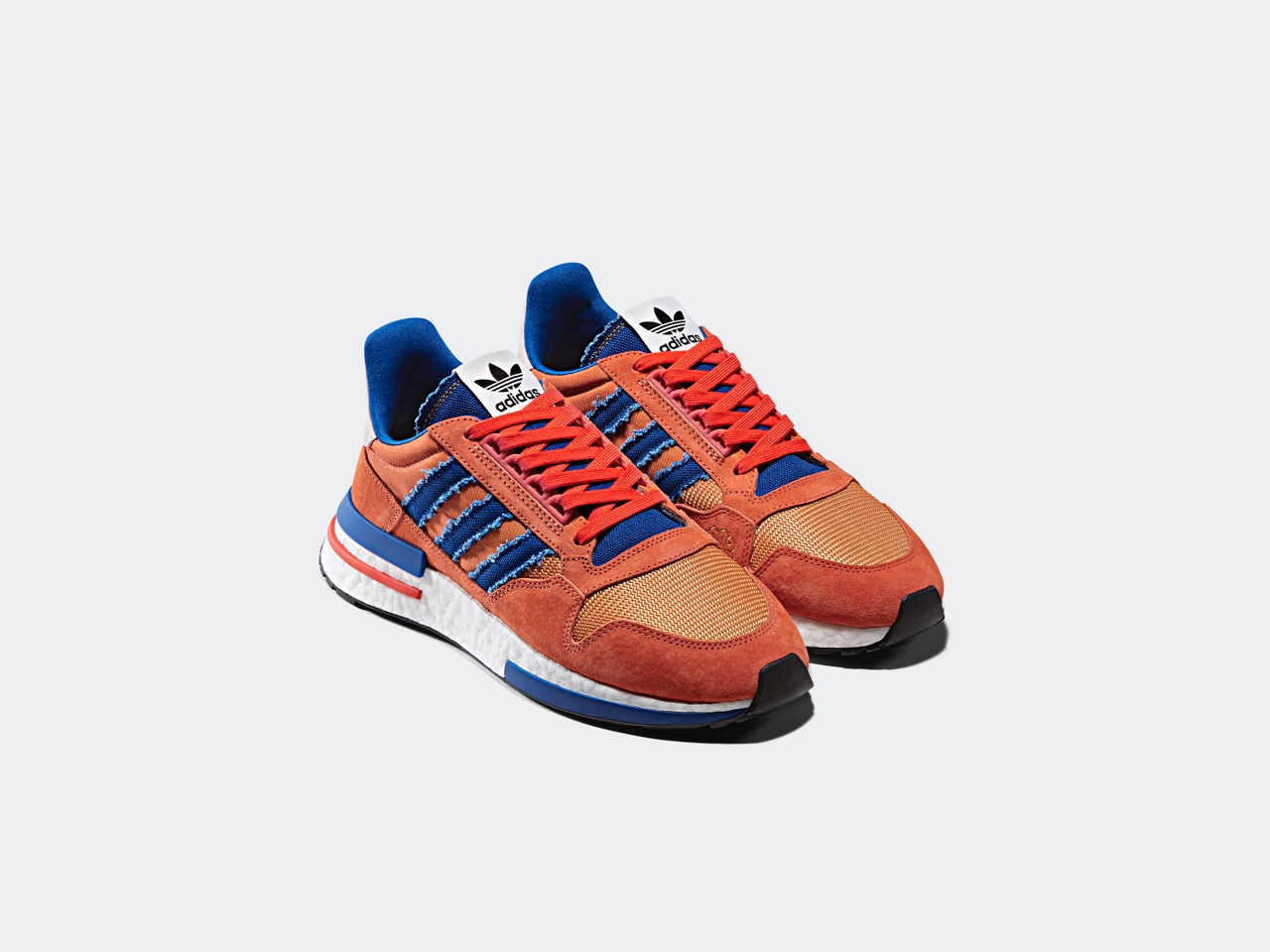 Since 1989, Dragon Ball Z has transcended the world of anime and manga, reaching global icon status within contemporary pop-culture. The collaboration sees three of the most iconic battles between heroes and villains throughout the anime re-imagined in sneaker form. Following the Dragon Ball Z chronology, the collaboration features seven silhouettes from the Adidas Originals roster, carefully chosen to represent the characteristics of the heroes and villains to which they refer.

The first pair of shoes that will be released is based on the legendary battle between two of Dragon Ball Z’s most recognizable faces, Son Goku and Frieza. Now living in the form of ZX 500 RM and Yung-1, respectively. Following this, the project moves to Son Gohan and Cell who are depicted in sneaker form as Deerupt and Prophere. Representing the final battle in the project, the Ultra Tech and Kamanda silhouettes are made-up in the image of Vegeta and Majin Buu. Lastly, of course, who would forget the 7 Dragonballs?

The collaboration will be finished with the appearance of Shenron the Dragon, which is re-imagined as the EQT Support Mid ADV PK.

Each release will come in pairs of two designs (one hero and one villain), dropping monthly from September to December. We know, it’s like a four-month-long version of 12 days of Christmas. Oh, in case the sneakers themselves aren’t cool enough, the shoes will be presented in special collaborative packaging. Featuring an individual Dragon Ball detail, each box coming together to create a singular back cover design – a homage to the tapestry-like images found on the spines of the original Dragon Ball magazines. 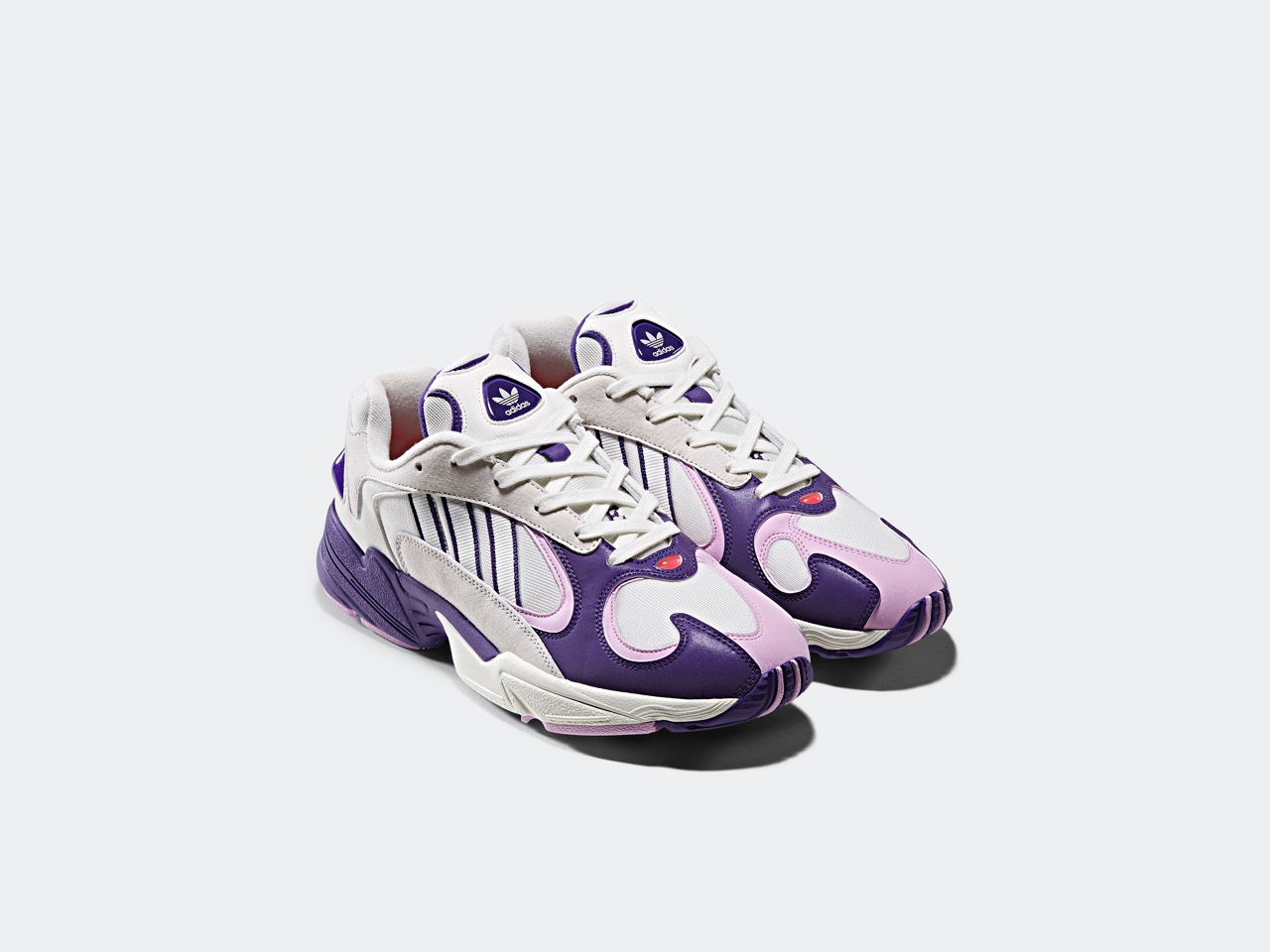 We can’t wait to walk the streets and wear our childhood memories like a badge. Adidas Originals by Dragon Ball Z will be available for purchase on September 29th 2018 in select Adidas Orignals stores, eCom and retailers. The ZX 500 RM and Yung-1 will retail for P10,000 and P8,000 respectively.

SHAREWhat a bad way to start the week. Members of PUA Academy are...

SHARETime to write another page in those history books! Human evolution has welcomed...

SHAREWe sort of saw this coming, but we still can’t help but feel...