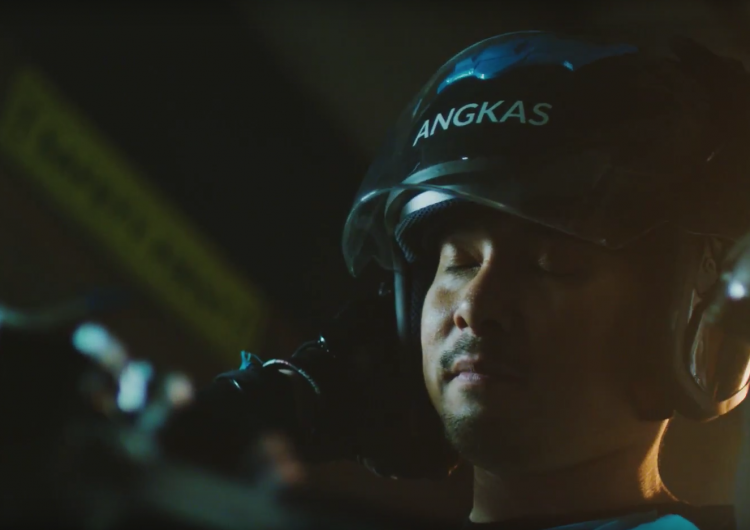 The Riding in Tandem Ordinance in Mandaluyong has always been weird, complicated and lacks knowledge of gender theory. And this afternoon, an Angkas driver and his passenger became the living proof of that.

Angkas driver and Facebook user Micheal Llagas posted a photo of a ticket on the “Angkas Padala Rider & Passenger Group (UnOfficial)” Facebook group. Apparently, he was given a ticket because they were both men riding the motorcycle together. Seems like there’s no problem, right? But, you see, this isn’t a case of being disorderly in the road.

This is a case of sexual orientation, gender identity, and expression (SOGIE) based discrimination.

Mr. Llagas described in his post that his passenger was “babaeng-babae yung itsura maganda at mahaba ang buhok” (really feminine, pretty, and has long hair.) As of press time, we don’t know if the passenger is a transgender woman or a cis-gender man (or non-binary) person who happens to wear feminine clothes.

When the passenger’s NBI (clearance) was inspected, it was discovered that the name of the passenger is a common male name. Even though the gender expression (how the passenger looks) is extremely feminine, the officer still gave a ticket to the driver for breaking the city ordinance.

Read more: 6 films that continue the conversation on gender equality

Now, what is wrong in this scenario?

Three things: One, the officer didn’t bother to ask how the passenger identifies him/herself. Two, it’s not the driver’s fault for not knowing that his rider is biologically male. Three, this is a weird and sexist ordinance.

Let’s start with the passenger in this situation. If they identify as female, it means she’s transgender. So ignoring that just because the papers say otherwise is discriminatory and invalidating the identity of the passenger.  It’s wrong, hurtful, prejudiced, and disrespectful altogether. Invalidating someone’s identity or experience is never fun, even if you’re not on the receiving end. Let people identify themselves and respect that.

Another ordinance though, passed June this year, is the Anti-Discrimination Ordinance of Mandaluyong. It prohibits people in Mandaluyong to discriminate against someone because of their SOGIE. So why do acts of discrimination like this keeps on happening?

Anyone is capable of a crime regardless of their gender. But this ordinance chooses to ignore that fact. How about the officers check if the driver and passenger are armed instead of checking their genders?

This is a perfect case that shows that the pending SOGIE Equality Bill covers both people of diverse SOGIE and cis-gender heterosexual people.  It prevents the passenger from being invalidated of their identity. At the same time, it also protects male from the weird Riding in Tandem Ordinance.

We quote the great Nadine Lustre: “Come on, guys. It’s 20178. Incidents like these really make us question how accepting our countrymen is with ideas such as gender equality, sexism, and prejudice.

One good thing that came out of this it starts a conversation about the importance of understanding SOGIE. Here’s to the day where people move past talking and start doing something about it.

Here's a reason to watch TV