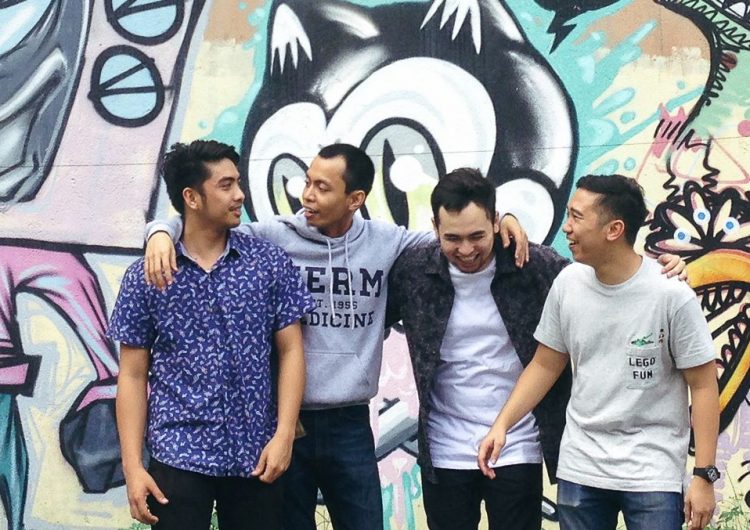 Aspects of the local scene change as time goes by. Bars close down, popular genres shift, and bands part ways. The four piece R&B/funk band Rob & the Hitmen are the latest addition to these changes as they bid farewell to the local scene for good.

The news of their disbandment came from their official Facebook page yesterday. Rob & the Hitmen wrote their farewells through a heartfelt note.  They went off to say their thanks for helping “four friends achieve their dreams” these past two years. Afterward, they invited their friends and fans to their last gig in Saguijo this October 18.

Rob & the Hitmen’s unique take on R&B/funk has given them a solid following in the gig circuit. Their usage of synths mixed in with thick bass lines and snappy drum fills made up their signature sound. How they incorporate these are reminiscent of bands like Chromeo and Hot Chip. These made them a one of a kind fixture in the local scene and an exciting act to catch live.

From bar gigs at Route 196 to performing in festivals like Wanderland, this R&B/funk band came a long way with their infectious groove-inducing tracks. Their disbandment came as a shock for their fans and casual supporters alike. Earlier this year, they released their latest and last single “Favorite Donut,” a live fan favorite which rose to radio charts of Cagayan de Oro’s Magic 89.3.

Bands calling it quits are nothing new when it comes to the scene. Yet, it’s still bittersweet to see young talented acts like Rob & the Hitmen go their separate ways. Further details of their disbandment and farewell gig had yet to be released. For now, at least we have their tracks on Spotify and Soundcloud to play on loop before they say goodbye for good.