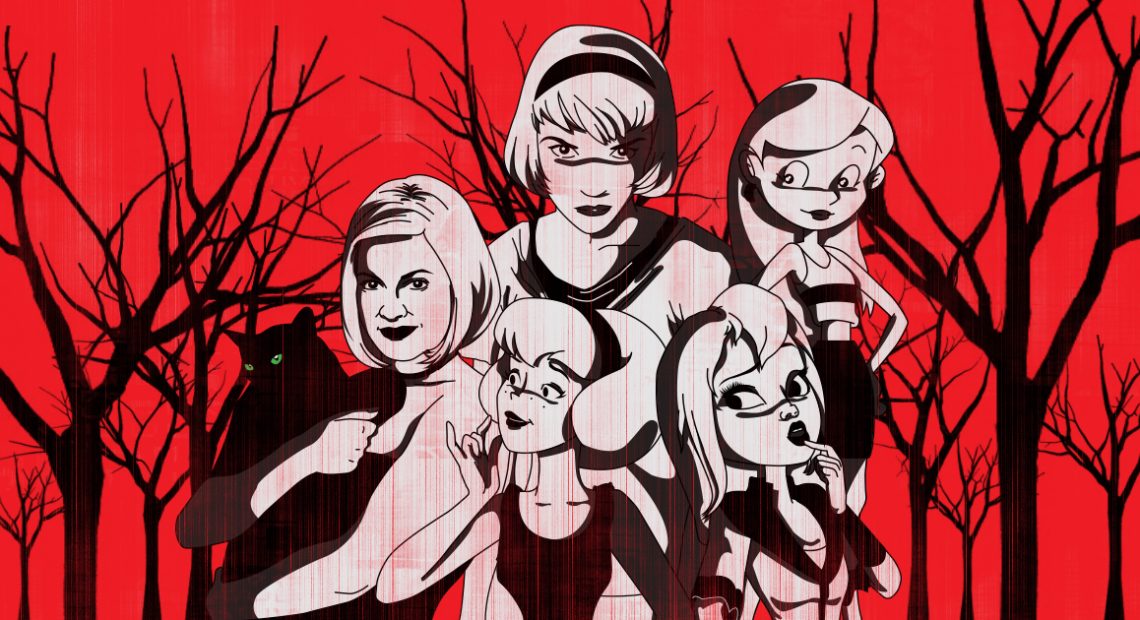 “With every generation, there is a slayer.”

Wait, that’s the wrong ’90s franchise. Scratch that. Maybe it’s better to start with a fact: Every generation has a different version of a media franchise.

Reboots serve as the life support of various films and TV shows. The reasons play around with either raking in cash for beating a possibly dead horse or expanding the limits of a lore that filmmakers and showrunners had created. Sci-fi empires like Star Wars and Star Trek prolonged their legacy through it. And several shows this 2018 are banking on the magic of reboots. Classics like Buffy the Vampire Slayer, Charmed, and Heathers are making a comeback this year.

But we’re making it clear now—this isn’t the Sabrina Spellman we grew up with. The generation preceding us might say the exact same thing. This is where the power of reboots manifest.

Reboots are like the modern folk legends. The more people retell the story, the more of its elements get changed since its coming from different people’s perspective. But the core of the tale remains.

Without further roasting of Hollywood’s addiction to reboots, we traced down the different reincarnations of Sabrina Spellman. 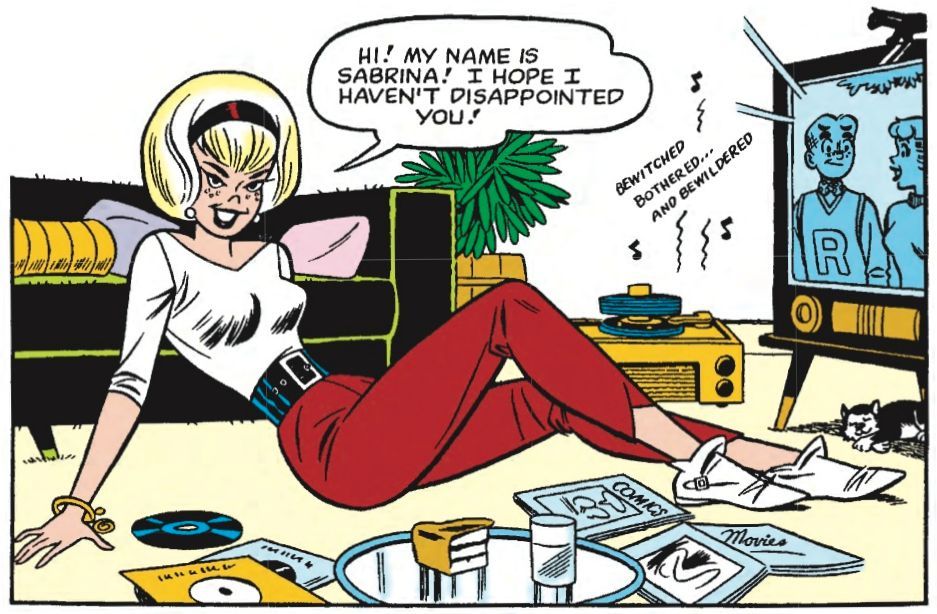 In the 22nd issue of Archie’s Madhouse, writer George Gladir and artist Dan DeCarlo introduced Sabrina Spellman to the world. Her origin story begins with her two aunts, Hilda and Zelda, creating her by accident. Sabrina was a result of a magic potion gone awry.  She appeared with her striking platinum blonde bob with her signature headband. Her outfits were patterned after ’60s mod fashion that influenced the comics around that time.

Eventually, this became one of the most sought after issues in the Silver Age of comics. Sabrina continued to appear in the comics until issue #74 before having her own comic book spin-off.

This is the seventh and final animated series that Archie Comics produced back in the ’70s. The show always opened and emphasized on Sabrina Spellman’s life. Her origin story here remained the same… well sort of. Sabrina was the result of magic potions and an accidental addition of “teenage girls’ stuff” courtesy of her Aunt Zelda.

It had the same tone as the comics where slapstick comedy followed through their zany adventures. Sabrina’s aunts wore Halloween witch outfits, a pointy hat, and a gaudy nose with the matching cauldron too. One episode was about her aunts accidentally conjuring up her evil cousin named Damina. It comes to no one’s shock if people think that this take is cheesy and maybe even cringeworthy. But we all have to start somewhere, right?

Possibly the most famous live-action reboot of Sabrina Spellman up to date. It stars the darling of the ’90s Melissa Joan Hart in her most iconic role. The show under ABC followed a sitcom format. Her origin story is not that far from what Archie Comics established. But like we stated earlier, reboots are like folk tales: Different perspectives give birth to changes in the story’s elements. She was introduced as an ordinary teenager whose life got turned upside down on her 16th birthday when she realized she had magic powers.

She lived with her Aunt Hilda and Zelda and their talking cat appropriately named Salem who was cursed to being a feline for plotting world domination.  The show ran for seven seasons that started with the TV movie of the same title. It gave the ’90s kids sass, iconic comedic lines from a black cat, and an understanding that an all-female household ain’t so bad. It’s famous for acing the Bechdel scale, making the show an understated feminist sitcom.

Chilling Adventures of Sabrina (the comic, 2014)

This comic book series under Archie Horror brings the dark twist that we may see in Netflix’s upcoming adaptation. Set in the 1960s, this dark re-imagining of Sabrina Spellman’s life echoes disturbing and gory titles such as Spawn and The Preacher but translated in a tamer tone. It follows suit with the ’90s sitcom’s origin story by starting the shift of events during Sabrina’s 16th birthday. She found herself reaching an impasse where she was subjected to choose between her life as a witch or her life as a mortal. To make matters worse, her arch nemesis from the past named Madame Satan has her own deadly agenda with the teenage witch.

Comic Book Resources called the fresh take on the franchise as “a surprisingly successful little horror sub-imprint.” Feminist media authority The Mary Sue said that it was “a refreshing change of pace for a story we all think we know already.” The comic book series’ first two issues sold out in an instant. No wonder why Netflix took this series from its pages and brought it to life in their latest venture.

And now, we have arrived at the much-awaited second live-action adaptation of Sabrina the Teenage Witch. Netflix adapted the story of Sabrina Spellman in the new darker comics. Like the comic book series, the show will start with Sabrina’s 16th birthday where she has to choose between her life as a mortal and her life as a young witch.

Like the live action of the new Archie Comics, Riverdale, the new take on Sabrina has an edgier spin. It echoes similarities with American Horror Story: Coven in terms of the tone and mood. The teaser didn’t shy away from showing gore, Satanic symbolism, and an absurd overuse of a black and red color scheme. But by the looks of it, Sabrina Spellman has maintained two important elements that her previous incarnations had: one would be her iconic platinum bob and the other would be her undeniable spunk.

There are no further reviews on the upcoming Netflix title. That being said, the excitement and hype surrounding this new live-action adaptation are infectious. Mashable wrote, “If you’re going to give Sabrina the twist of the occult, you might as well commit, and this show is doing just that.” The trailers and teasers alone are giving us the necessary occult vibes this year’s Halloween. Count us in as bewitched as hell for this new binge-watch material.

SHAREWhat does a weekend afternoon in the late 2000s remind you of? As...