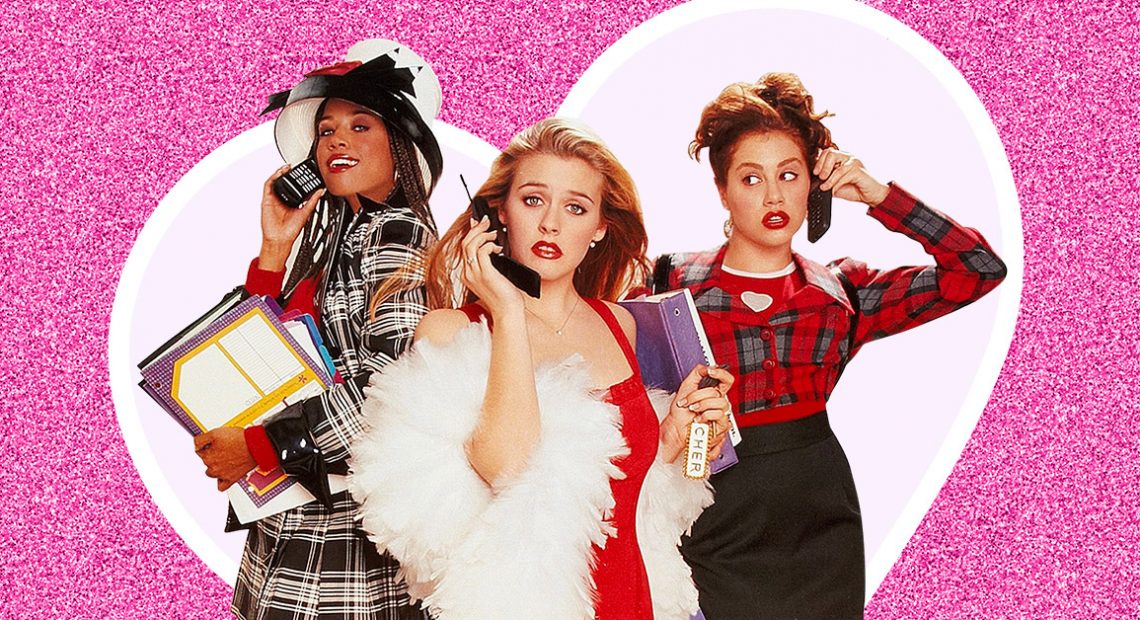 There is always that one film that encapsulates a year and even an era. And if we’re going to talk about the defining movies of the ‘90s, Amy Heckerling’s Clueless comes to mind in just a snap. The film blessed us with the charm of Paul Rudd as Josh and the sass of Alicia Silverstone as Cher. And apparently, Cher’s iconic yellow plaid outfit is making a comeback.

According to a report by Variety, Paramount Pictures is working on the remake of the film with Tracy Oliver as producer and Netflix series “Glow” writer Marquita Robinson as writer. Although there has been an announcement about the writer and producer, no news has been made about the new cast.

But the question is, do we even need the remake of this ‘90s classic? Ugh, as if!

Clueless belongs to, as of now, a triad of great teenage comedy films including Heathers from the ‘80s and Mean Girls from the 2000s. These three films tread a similar narrative. All these films anatomize the social dynamics of high school life through a group of high school girls who somewhat hold authority over a flock of misfits in school. They map the type of people you meet in high school through a pivotal scene in the cafeteria. And finally, these films follow the fall of the reigning queen bee (Heather Chandler in Heathers, Cher in Clueless, and Regina George in Mean Girls) and the rise of a new one (Heather Duke and eventually Veronica Sawyer in Heathers, Tai in Clueless, and Cady Heron in Mean Girls). Heathers, Clueless, and Mean Girls all tackle high school issues (including popularity and acceptance) with tongue-in-cheek dialogues, era-appropriate language, and highly stylized wardrobe.

But after the success of these films, it seems like we haven’t found the iconic teen movie of 2010s yet. As Rolling Stone puts it, “The last great teen movie in this vein was 2004’s Mean Girls, which ate up several decades’ worth of on-screen teen girl cattiness (from Heathers to Carrie to Valley Girl and more) and spit it back up into a smart, satirical pulp.”

Clueless belongs to the ‘90s. Taking this cult classic out of its era and placing it in the age of the internet will change most of the things, if not everything, we loved from the film.

Is the narrative of the queen bee no longer relevant? Or is it because we no longer subscribe to a single icon now because of the abundance of references we have now on the internet?

Heathers, Clueless, and Mean Girls all came out at a time when we didn’t care much about the internet. The latter came out in 2004 in the era of MySpace, Friendster, and Limewire—basically a time when the internet was only accessible through dial-up and memes were still non-existent.

Fast forward to the 2010s, we live in a world where we are saturated with endless images—from memes to movie references—every day. Today, we still feed our minds with materials from cinema, television, and (hopefully) print. At the same time, we’re also bombarded with images from our news feeds on a daily basis. We take in too many things to the point that, despite the internet’s promise of permanence, everything becomes temporary and erratic.

The said teenage movies all belong to a different era. But hey, they remain relevant in this meme-crazy world. Think “fuck me gently with a chainsaw” from Heathers, that iconic “as if” from Clueless, and the “boo you, whore” from Mean Girls. Although the novelty is inherent to each material, it works because of what they are as we know them.

Sure, like the new “Heathers” series and the successful remake of A Star Is Born, Clueless will definitely take place in the current milieu. To be honest, I’m quite excited on how the makers of the new Clueless will imagine Cher’s closet. Instead of that crimson Aïala Azzedine dress, will she be a Philophile who still wears pieces from Phoebe Philo’s Céline, follows Phoebe-trained designers like Peter Do, and throws shade at Hedi Slimane’s Celine? What will be Tai’s “way harsh” comment? Will Cher still be “a virgin who can’t drive?” What will be the new “Rollin’ with the Homies?”

Clueless belongs to the ‘90s. Taking this cult classic out of its era and placing it in the age of the internet will change most of the things, if not everything, we loved from the film. But will it be worth it? Or like its revival as a TV show, will it, as Buzzfeed said in a headline, ruin everything?

SHAREIt goes without saying, but we’ll say it anyway: there is a lot riding on...

SHAREThe Archie franchise has been on a roll for the past couple of years lately....