While it’s true that many of us young folks weren’t even born yet during the Martial Law years, it doesn’t mean we’re too young to educate ourselves about it. We have almost limitless resources on our hands: tons of films and documentaries dedicated to the era, creative outlets like zines, immersive 360-degree shorts and even a virtual Martial Law museum.

But now, with an actual physical Martial Law museum in the works, you can redirect apologists to go somewhere that’ll make them reconsider defending the events of a dark era.

Called the Freedom Memorial Museum, it’s the first physical museum dedicated to victims of the Marcos regime. Plans started in 2017 and now, the Human Rights Violations Victims’ Memorial Commission finally opened the bidding for its construction.

The museum will be built on a 1.4-hectare lot, near the UP College of Fine Arts and on the campus grounds of the country’s top state university, with a contract worth over P500-million to cover both the relocation of the UP Community Affairs Office and the museum construction itself.

According to the commission’s executive director Carmelo Crisanto, the museum won’t be “just any other government building. It is filled with emotions, controversy and apprehension.”

“There is nothing that counters those kinds of monuments,” he told Inquirer. “[That’s why] the Freedom Memorial is a very important part of that infrastructure of memory. It is a memorial… that gets government [to say] mea culpa.”

The architects who crafted this memorial museum even left a little Easter egg in their design: the museum’s facade was inspired by Brutalist architecture, in which blocky, geometric shapes tinged with texture make up the core of the design. Aside from the rough, massive forms with unusual shapes, the style choices were also deliberate plays on the “brutalist” nature of the Marcos regime. 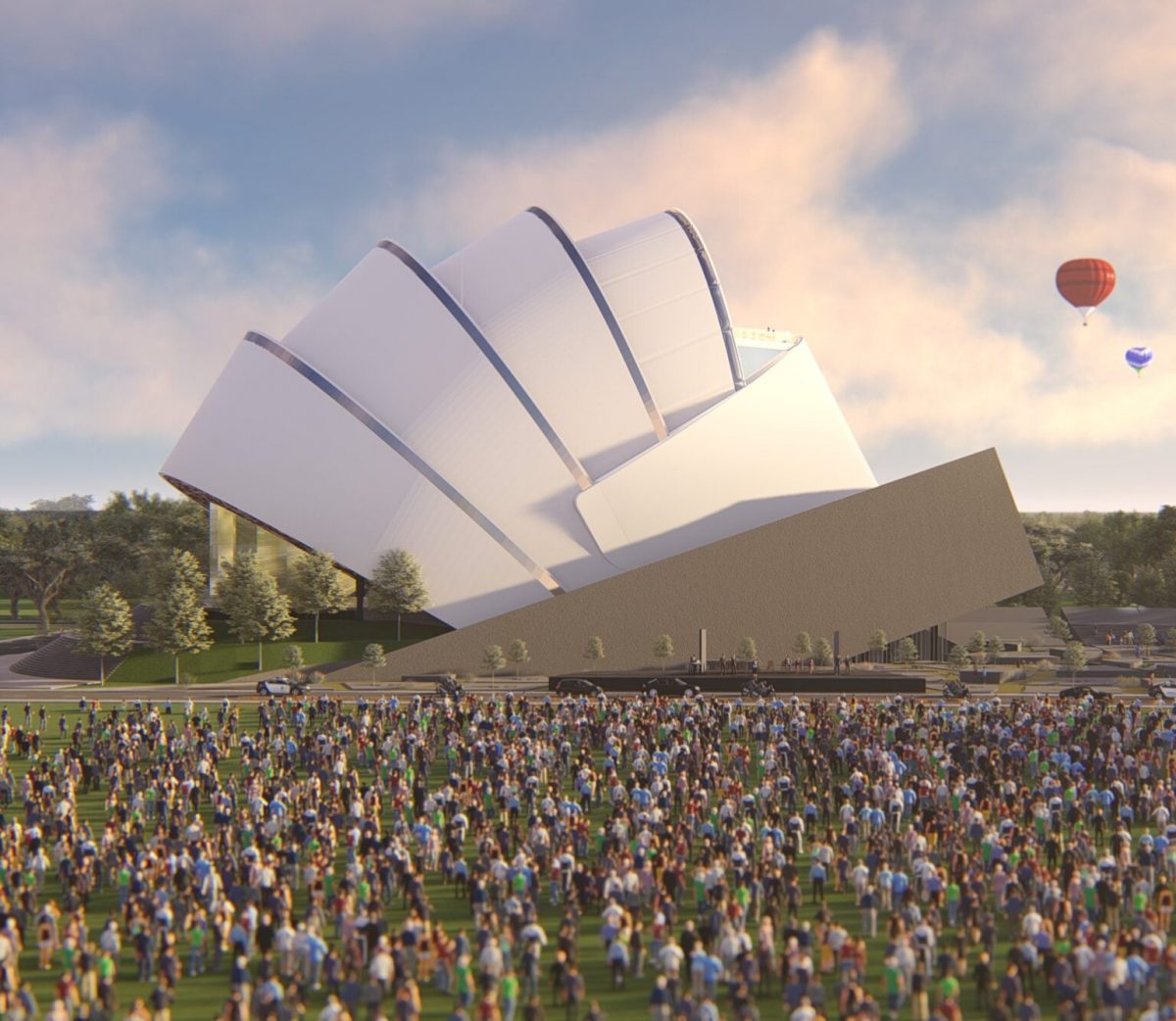 Viewed from the side, the building’s fist-flower fusion design also becomes more noticeable, symbolizing the fascist regime and the peaceful protests that finished the dictatorship.

While this museum has yet to realize its concrete form, it is both a reminder of the history a select few are interested in revising as well as the people’s power under a democracy that we have rightfully reclaimed.