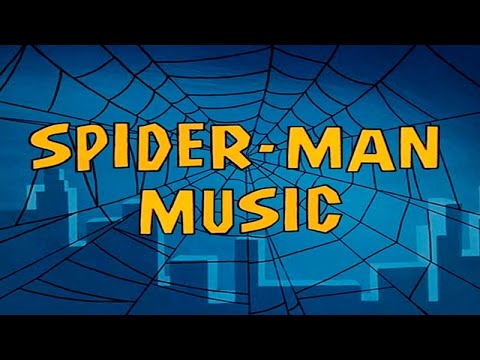 The music from old TV shows can be quietly satisfying. In particular, we’re talking about the jazz music from the 1967 Spiderman series, which has become a treasure trove of source materials for a popular internet meme. But let’s get back to the music. The series’ score was composed by Jazz musician Ray Ellis, who is known for his production work with Billie Holiday in the ’50s. In addition to jazz Recordings for the NBC, he produced music for the animation company Filmation, known for their Saturday morning cartoons such as Spiderman, He-Man and the Masters of the Universe, and Flash Gordon. Many of those old cartoons owe their distinctive musical scores to this man.

So if you need some new music to listen to, check out the audio compilation of the Spider Man series below. The Youtube user 11db11, released a complete audio mix of the series dating from 1967 to 1969. He left the visuals intact and you can spot immediately that they don’t have the same level of polish as the music.

It’s not a proper soundtrack release, but it’s the closest we can get to one.