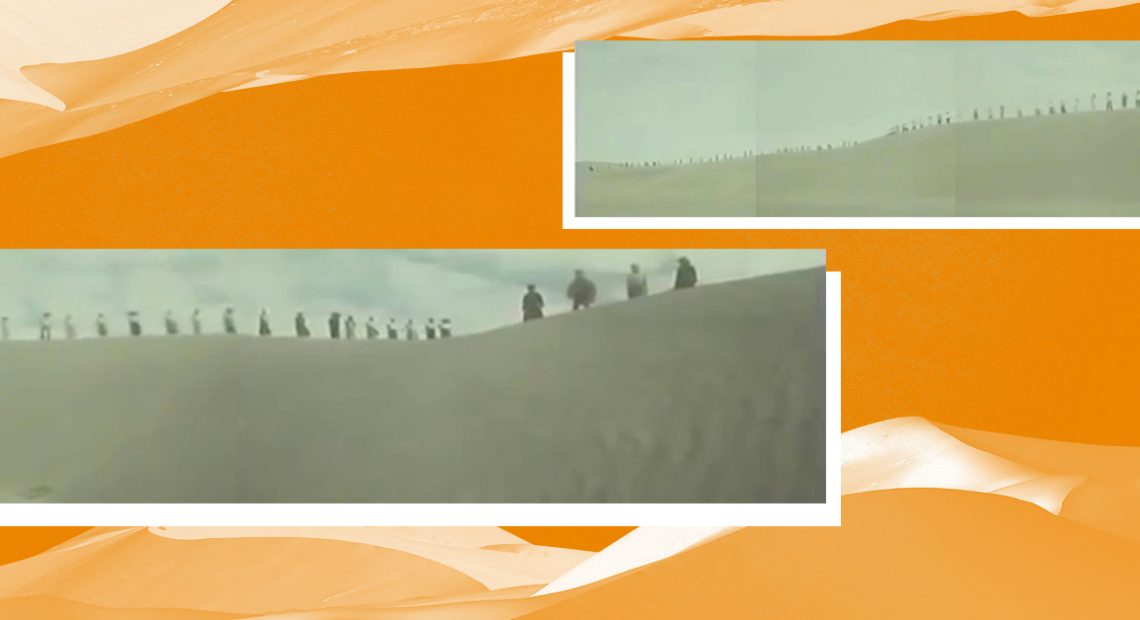 See FPJ films in odd fragments in this new exhibit

We often come across art installations celebrating characters—popular personalities presented at their best. This follows their past lives being glorified as some sort of salvation so remarkable, we’ll never get back to our old ways ever again if not for them. The newest one in National Commission for Culture and the Arts (NCCA), however, dissects the space that encapsulated the quietness of that history, and not exactly the noise of the subject everyone expects.

Artist Christian Tablazon’s solo exhibit And the World Thickens with Texture Instead of History is a genuine exploration of found landscapes, mise-en-scène curios, and swatches of grain and patina from the films of cultural icon Fernando Poe Jr. as stored in the local pirate DVD market. Curated by Nervous Translation director Shireen Seno and also a collaboration between the NCCA and Los Baños-based independent platform Nomida Nuda, the exhibit showcases the art of building something new on digital objects and debris—almost like getting artifacts in a different form of technology. 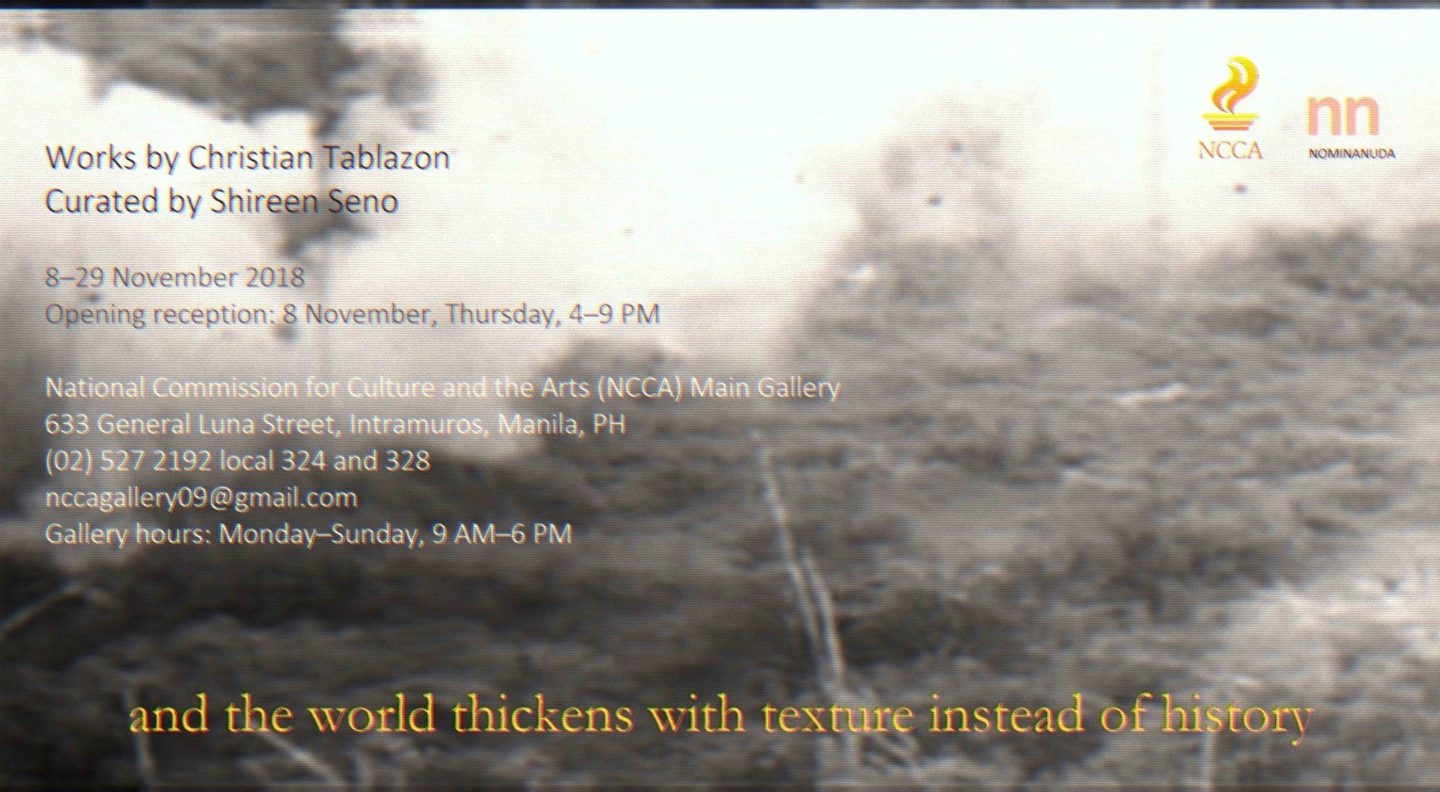 Instead of “foregrounding the nomadic loner and knight-errant tropes” of FPJ cinema, the exhibit aims to rattle the spaces occupied by the stories, highlighting the ground-level of it all,  “and re-present these sections as semantically charged zones and potent states of spectral remanence that can be deployed and exhausted in lieu of event,” according to the NCCA Gallery press release.

What should we expect? No sound bites of explosives. Zero threatening statements of a usual Pinoy action film star hanging around the walls. No guts, no guns, but just the glory of “paving the way for a place to invoke what is absent.” Christian’s works will lean more on the place without the ‘hero,’ “if not merely dwarfed and overtaken by the landscape—alone and seemingly exiled, lost in an aimless wandering.” This means revealing how details carry a feeling and release a strike even without the “hyper-masculinized context” offered by the main character who supposedly dominates the scene, fighting with blood and armor. Anything that has to do with the strongman schemes are “slowed down, muted, and spliced together into a gradual montage wherein FPJ becomes forever absent or invisible.”

What will that leave us? Smoke. Lights. A feat that looks at what we can always see, but we often ignore.

Expect multichannel video and mixed media installations from Christian, an art instructor at Philippine High School for the Arts, moving images expert, and a recipient of various national fellowships in cultural criticism.

Does the setting stay strong without its living leader? See all of these for yourself in And the World Thickens with Texture Instead of History from Nov. 8 to 29 at the National Commission for Culture and the Arts (NCCA) Main Gallery. Celebrate the remains of the screen image, bring your nostalgia, but think that that’s not all about it.

SHARELast July 7, the internet was blessed with these cute animations of the...