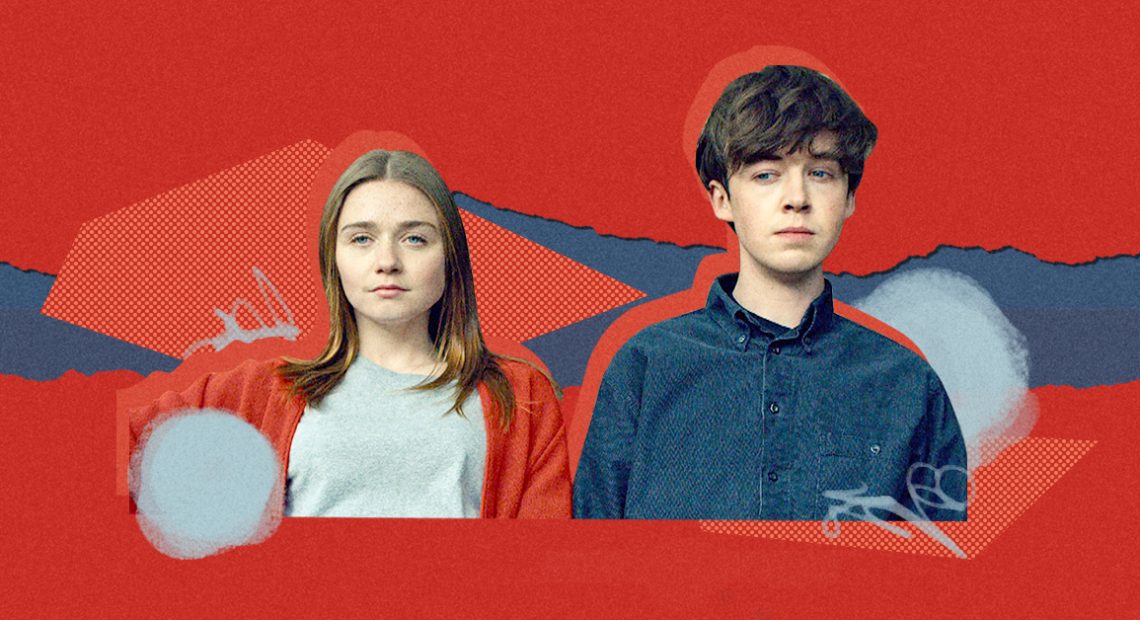 Good news, edgy teens with the clamoring for stylized and humorous yet grim violence: Netflix gave us a date for the second installment of The End of The F**king World.  The show will stream on November 2019.

Starting off with an impressionable debut, TEOTFW has earned a following, us included. While we wait for the second season, we rounded up seven similar dark comedies to slake your thirst.

A black, poignant rom-com about a dynamic duo and a road trip? Sounds good. If Alyssa and James are running from the law, Wristcutters’ Zia and Mikal are road tripping at suicide purgatory. The film tackles life after death after suicide victims try to find the person in charge so they can reclaim back their lives.

I Don’t Feel at Home in This World Anymore

The world is filled with many, many assholes. Most of them are seated in political positions. But where are the others? They’re out there stealing a depressed, woman’s inherited silver spoon. This Netflix original film starring Elijah Wood and Melanie Lynskey is a tale of a weird bond over a manhunt for what they thought were small time burglars. Little did they know these buglars are dangerous and degenerate criminals, leading them to a world of violence and dynamic duo hijinks.

E4’s sci-fi comedy/drama shares TEOFTW’s similar Vantablack humor. This British series tells a tale of a group of delinquent teens under probation that obtained powers after being struck during a thunderstorm. Think of it as The Breakfast Club meets Heroes type of situation. It’s quotable, humorous, and weirdly relatable making it so addictive to watch.

Looking for a missing person is a weird way to strengthen one’s bond with friends. But for Dory, that’s not even the main issue, she just wants to find her missing college schoolmate. This TV series is a modern take on the film noir genre filled with humor and mild existentialism.

Dory with her reluctant squad goes deep into searching for their college friend most of them don’t give a fuck about. It turns to a quirky search to some Beautiful Minds meets NCIS situation real quick.

A modern take on Romeo and Juliet, but instead Romeo’s a zombie and Juliet is a slayer. This 2013 film starring Nicholas Holt has an amazing soundtrack and an interesting premise. R’s a zombie trying to find a way to connect back with humanity when he came across Julie. The two slowly, but surely fell in love amidst the fact that he’s undead and she kills his kind. What’s love without being on the run, anyways?

Darius is an intern of a lifestyle magazine. One day, her boss Jeff found an ad of a would-be time traveller. He’s in search of a companion to go back in time with him. Taking this as a joke, Darius’ team starts searching for the “time-traveller.” It turns out that it’s Kenneth, a grocery clerk working in a small town, and his plea is far from a punchline.

Seeking a Friend for the End of the World

Want something to tear your heart out? Look no further. This apocalyptic rom-com stars Steve Carrell and Keira Knightley. With the world ending in three weeks, apathetic and average Dodge found a friend in Penny amidst the chaos.

Imagine a last rambunctious night on Earth as the duo try to get Penny back to England to see her family before it’s all over. What a perfect time to meet your “the one.”

Here’s a modern Thelma and Louise situation that could be up your alley. This Netflix original tells a tale of two sisters with the odds of life stack against their ass. Their mother’s taken to jail, Laney and her brother are at risk of being taken to foster care, and they’re broke as broke can be.

How does the old saying go? If life give you lemons, rob a train with these citruses. That’s not how it usually goes. Sad to say, Deidra and Laney did it anyway.

Freeze me till it premieres, please

“Wow, Sam should be an idol or something”