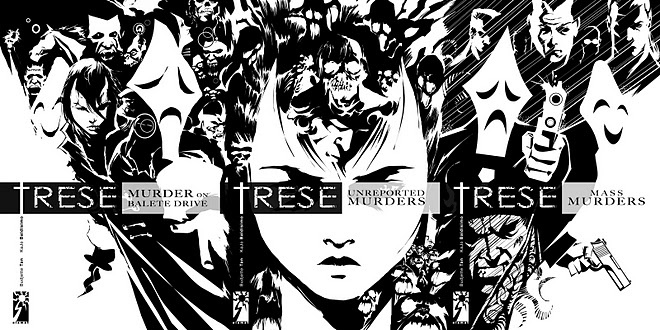 Budjette Tan and Kajo Baldisimo’s Trese is getting the Netflix Originals treatment.

The horror/crime supernatural series featuring private detective Alexandra Trese is slated to becoming an animated series produced by Netflix, according to multiple sources in an announcement during Netflix’s “See What’s Next Asia” event today in Singapore, Nov. 8.

ICYMI: @netflix_ph will be releasing an anime based on a pinoy story called #Trese written by @Budjette and #KajoBaldismo. Excited!#SWNAsia #Netflix

This just in: Filipino komiks TRESE by Budjette Tan and Kajo Baldisimo is going to become a Netflix Original Anime Series. We can’t wait to watch it! #SWNasia #Netflix

Trese has been an active series since it’s first issue was published around December 2005. The komiks series follows Alexandre Trese, a night club owner and private detective who helps the police solve crimes of supernatural origin. The series won the Best Graphic Literature award in the 29th Philippine National Book Award held last 2010.

The specific date of the animated series’ release has not yet been disclosed.

Interested in picking up the series before the animated series arrives? Check out book one right here.

SHAREIf the name “Henry Cavill” rings a bell (Superman of the DCEU, if...

SHAREThere’s apparently an easier way to get rock hard abs. If instant abs...