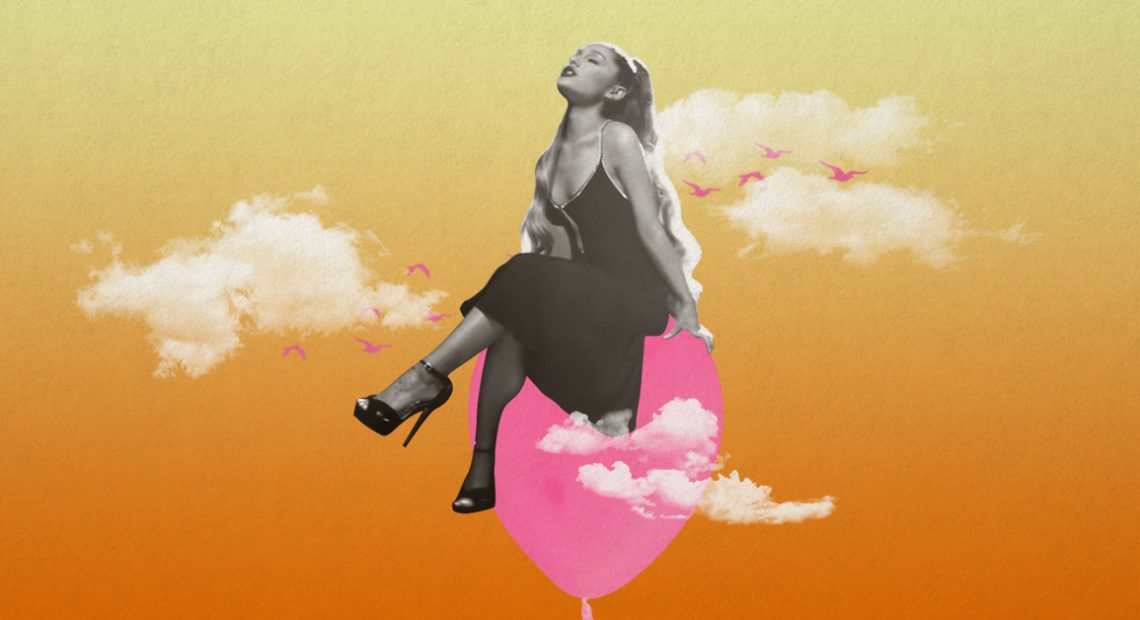 I have been listening to sweetener consistently ever since its release in August. “blazed” gets the most skip and her version of “goodnight n’ go” gets the most play. But it’s “breathin” that speaks to me the most. Whether you’re an Ariana fan or not, this song simply feels the most familiar.

And finally, after releasing her phenomenal new song “thank u, next,” we’re getting a music video for “breathin’.”

Although “breathin” keeps the whimsical quality present in all the music videos for sweetener, the music video—unlike the rich and playful images for “no tears left to cry” and “God is a woman”—takes a simpler route.

The video begins with Ariana covered by smoke. It jumps to scenes where the world around her is sped up. Then, it takes us to the clouds with Ariana. With lyrics like “I look up and the whole room’s spinning,” “Time goes by and I can’t control my mind,” and “Sometimes it’s hard to find, find my way up into the clouds,” these images are arguably visual translations of anxiety—the main theme of the song.

Although sweetener is a celebration of romance and womanhood, a huge chunk of it is dedicated to the singer’s recovery following the Manchester concert attack in 2017.

“No tears left to cry,” the first single from the album, is an anthem about picking herself up. On the other hand, “breathin” is an honest exploration of anxiety.

In several interviews this year, Ariana revealed that she has always dealt with anxiety.

“My anxiety has anxiety… I’ve always had anxiety. I’ve never really spoken about it because I thought everyone had it, but when I got home from tour it was the most severe I think it’s ever been,” she told British Vogue.

“[Honestly,] therapy has saved my life so many times. [If] you’re afraid to ask for help, don’t be. [You] don’t have to be in constant pain and you can process trauma.”

“Breathin” is also fueled by the post-traumatic stress disorder she had to cope with after the Manchester attack.

In a tweet from May of this year, she wrote:  “[It’s about] my anxiety. I felt like I was floating for like three months last year and not in a nice way. Like, I [was] outside [of] my body? [It] was [very] scary and I couldn’t breathe well. So, it’s [about] that and lots of voices in my head singing. I hope it comforts people who hear it, please.”

isss ab my anxiety. i felt like i was floating for like 3 months last year & not in a nice way. like i outside my body? was v scary and i couldn’t breathe well. so it’s ab that. & lots of voices in my head singin. i hope it comforts ppl who hear it pls ☁️

“You have ups and downs and sometimes you’ll go weeks at a time where you will be crushing it and there will be no anxiety. Then something will happen that can trigger it and then you have a couple of down days,” she said in an interview with BBC earlier this month.

It’s hard to talk about the things that go in our mind. It’s not easy to open up about anxiety. Ariana admits that. But if there is anything we can learn from Ariana, that is to seek help.

lmaoaoo this is funny as fuck but in all honesty therapy has saved my life so many times. if you’re afraid to ask for help, don’t be. u don’t have to be in constant pain & u can process trauma. i’ve got a lot of work to do but it’s a start to even be aware that it’s possible. ? https://t.co/XiytR3xE0O

“[Honestly,] therapy has saved my life so many times. [If] you’re afraid to ask for help, don’t be. [You] don’t have to be in constant pain and you can process trauma,” she said in a tweet.

And of course, just keep breathing.

thank u ♡ for hearing me and for making me feel so not alone ? i truly am grateful. no matter how painful! i’m thankful and i love u.
breathin visual this week too! ? thank u, next pic.twitter.com/Qq62vjM0gI

Have a happy holiday with this stocking flask

SHAREIt’s that time of year again when your distant relative calls to organize...