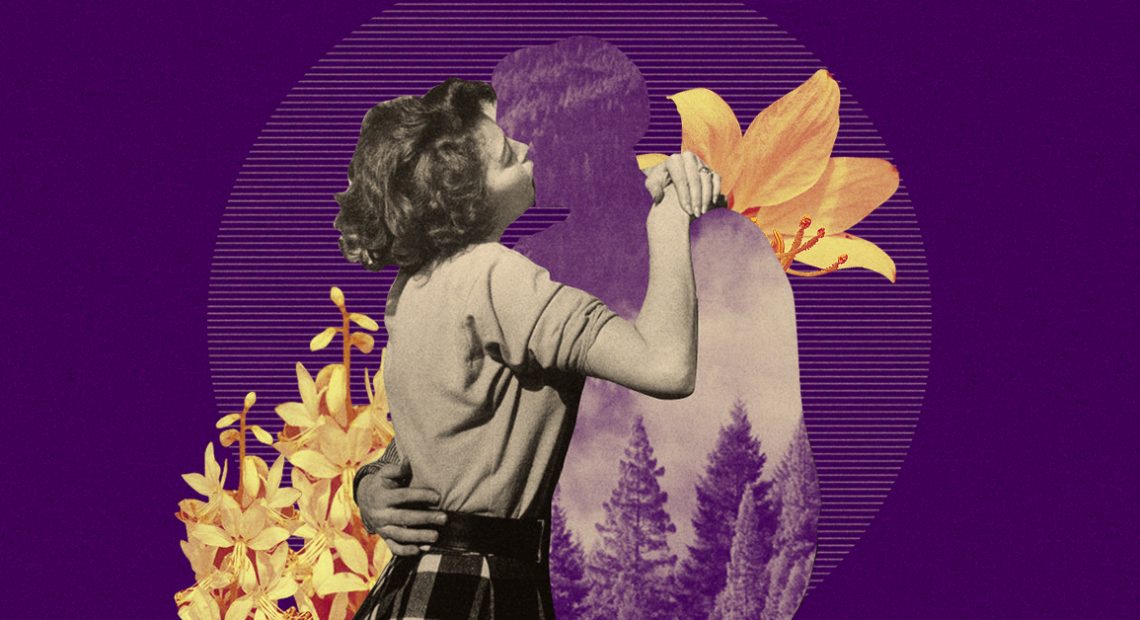 I’ve always embodied the “strong, independent woman” vibe throughout my adolescence. But I’ll be lying if I tell you that there weren’t nights where I cry over Sufjan Stevens and Keaton Henson songs when I go to sleep. I’m no stranger to unrequited love and failed attempts on romance.

Though here’s the thing, regardless of failed paramours and long list of “what could have beens,” I never thought of love as a domineering factor of my identity. I’m different from when I was single and now that I’m in a healthy relationship. Will I say that my self-worth depended on being taken? Never.

Pop culture romance often teaches us that there is loneliness in being single and self-actualization will commence when we find “the one.”

This contradicts what pop culture teaches us. In local hugot films and too many pop songs in existence, it preaches us a toxic idea of love. Pop culture romance often teaches us that there is loneliness in being single and self-actualization will commence when we find “the one.”

I quote the great country drag singer Trixie Mattel: “Girl, what the fuck?”

Our nation’s hugot culture is enough of a proof for this phenomenon. God, I hate this culture with the core of my being. I am bitter over the concept of “single bitterness” that hugot jokes and hugot films bring. That Thing Called Tadhana was pretty good and tolerable. The slew of the films that came after though, talk about forced hugot lines and toxic martyrdom (looking at you, 100 Tula Para kay Stella).

Read more: How did we associate pink with an entire gender?

And of course, how can I forget pop music’s love affair with romance? Deana Weinstein, a sociology professor at DePaul University, wrote this in her book Heavy Metal: “Most pop and popular rock songs have been focused on sex and romance.” This gave us timeless love songs like maybe singles from The Beatles’ early works to John Legend’s entire discography.

But let’s be frank, not all pop songs promote a healthy concept of romance.

Before Bruno Mars became the funky/R&B star we love, there was “Grenade,” the track every martyr lover plays. How about “Bleeding Love” for instance? I have to admit, it was weird seeing my sixth grade classmates belt this out when they were rejected by their crushes. And let’s not forget most of Taylor Swift’s singles.

And as far as pop tracks go, songs about female empowerment and knowing one’s self-worth are dominating the airwaves.

This myth that a relationship will complete a person’s existence is harmful. A lot of young women often fall into this warped thinking. This belief puts us to danger by making us feel that we are lesser beings not unless we shack up with someone. I admit that when I was way younger, I thought of it as the norm. It’s what I saw represented on the TV or radio. These days, that’s no longer the case.

Feminism is taking huge strides in pop culture. It urges women to learn the power of saying no. Representation and political correctness are values that media platforms try to embrace. We’re seeing actors we fawn over defending themselves in the face of sexual harassment. And as far as pop tracks go, songs about female empowerment and knowing one’s self-worth are dominating the airwaves.

Personally, the top charts aren’t my religion, but I’m never a snob when it comes to music. My philosophy is that a good song is a good song regardless of the genre. That’s what I felt when I saw everyone loving and raving over the two tracks released this week. I’m talking about Carly Rae Jepsen’s “Party for One” and Ariana Grande’s “thank u, next.”

Ariana and Carly are not pioneers on singing about loving ourselves, but this doesn’t downgrade the importance of their latest singles. If anything, these tracks are exactly what everyone needs right now, especially young women.

“Party for One” tells us that we’re allowed to feel alone and destitute for a while, but we need to bounce back after.

Listening to both tracks led me to believe more in how society sees self-worth in romance. “Party for One” gave me this knee-jerk reaction. The infectious single talks about self-love literally and figuratively. The track’s chorus goes as such: “If you don’t care about me/I’ll just dance for myself.” And it’s like no big deal. Don’t love me back? That’s fine, I’ll just do me then.

It didn’t shit on the idea that a person is not allowed to lament if things didn’t work out. “Party for One” tells us that we’re allowed to feel alone and destitute for a while, but we need to bounce back after. We need to take care of ourselves and not grow bitter over a failed romance. At the end, we still have ourselves. That’s not such a bad idea, to be honest.

As for Ariana Grande’s “thank u, next,” I thought of it as a huge game changer. I’ve known Ariana for combating misogyny in press interviews and for singing tracks about owning her sexuality. Her relationships are wildly speculated by the public. Oh god, her relationship with Pete Davidson even brought us the term “BDE.”

Ariana’s single teaches us that we are not our relationships. Not everything works out and that’s okay.

But now that she ended her engagement with the problematic SNL comedian, the media has their eye on her like how she was blamed for Mac Miller’s death. All of these signs point to a “diss track” a la T. Swift, right? Wrong answer.

I never heard a pop track about breakups that showed maturity over the singer’s exes. No vendettas and no “Blank Space” type of vengeance. Just a clear acknowledgement that some relationships don’t work out. And that’s the important message for me: It’s fine if they don’t.

Ariana’s single teaches us that we are not our relationships. Not everything works out and that’s okay. We can continue growing as people ‘till the next one may or may not arrive. Thank you, next.

And if this trend in pop music is any indication, it’s a comfort to hear anthems on the radio that there’s absolutely nothing wrong with that.

Looking back, these tracks made me feel jealous toward the young people hearing it now. Young people like me often fall into that trap every now and then. But tracks like these teach us that love is not limited through relationships alone.

Romantic relationships come and go. The “one” might arrive someday. Hell, maybe you’re not looking for “the one,” but feel like you have to conform to society’s ideals. What is pop culture if it’s not the truest definition of life imitates art? That’s why we need role models and proper representation in media to unlearn harmful ideals such as relationships completing us.

They’re telling everyone that alone doesn’t equate to lonely. It means either romance is not for you or your definition of love is different. And if this trend in pop music is any indication, it’s a comfort to hear anthems on the radio that there’s absolutely nothing wrong with that.