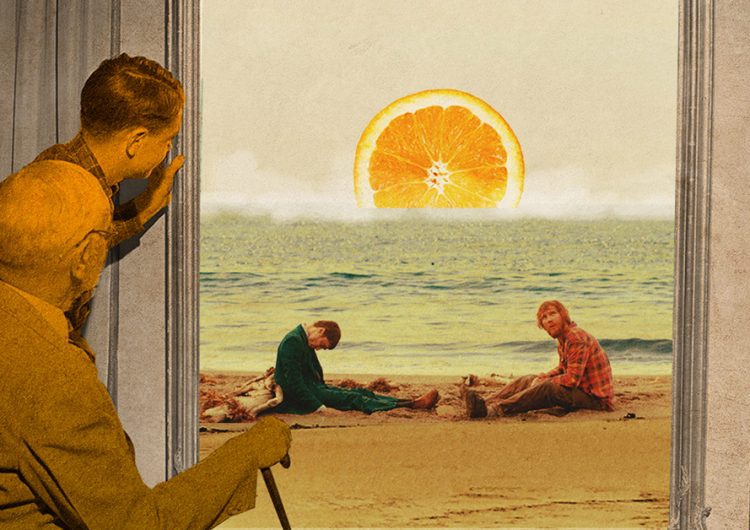 One of the most terrifying things I’ve experienced is feeling completely lost. Well the literal kind, when my parents left me in the middle of a crowded supermarket when I was five years old, which was pretty scary. But I’m talking about the figurative kind—the one where the mundaneness of your daily routine and the uncertainty of how to break out of your lethargic existence hits you all at once.

It’s an insidious feeling that can start when you brew your morning coffee, and then begin to think about how many cups of the same old mix you’ve brewed every single day at the exact same time, chugging it down like a drug to get through your morning. It could also come while you’re stuck in traffic, and in between groggy naps, you start to despair at the thought of the many hours in a day you waste in transit breathing polluted air along with the cologne of five different strangers wedged near you, just to do unfulfilling work at the office day in and day out. I find it hits worst in the late night, when insomnia gets the better of your already worn out brain that just wants to take temporary solace in mindless sleep, but instead forces you to reflect on just what the hell the point of all this is.

In short, life can be a huge bummer at times. Thankfully, we have films like these to turn to for a quick dose of curiosity, wonder, and hopefully some insight as to why it’s worth it to keep on keeping on.

A washed-up writer turned caregiver and a disabled 18-year-old go on a road trip to see America’s dumbest roadside attractions in a dramedy about facing crippling emotional fears.

This film is admittedly a tad corny, as most road trip films are, but still quite comforting. It touches on teenage angst along with mid-life crisis, and features heartwarming performances from Paul Rudd and Craig Roberts. It’s worth a watch on days when you feel like no one understands the empty feeling you get in your gut.

Office Space is a classic comedy (some might even say a documentary) that follows the plight of a fed-up corporate drone named Peter, who fell into a no-fucks-given trance when his therapist dies in the middle of their hypnotherapy session. With his new lease on life, he leads his office friends on a vendetta against the soulless company they work for.

Sometimes, the best release from the dreariness is to watch someone else do the deviant things you wish you could do and stick it to the man. Like destroy the dumb printer in your office with a baseball bat, while a Geto Boys song is blasting in the background. In slow motion.

Walter Mitty is an avid daydreamer with an extremely unremarkable life, who goes completely out of his comfort zone on a quest around the globe to hunt down the elusive photographer of a missing film negative that he believes holds the “quintessence of life.”

The easiest way to escape existential dread is to daydream about fantastical scenarios, and in this film we watch Walter’s wildest imaginations brought to life in mesmerizing color. It’s a treat to watch because of the cinematography alone, and makes you feel like the world is worth living in just for the potential of adventure.

What if you fell in love with a magical soldier corpse while fighting for survival as you’re stranded in the middle of nowhere? I know. Not a question you ask everyday.

Swiss Army Man is a curious film to experience. The film is a blatant escape from the confines of normalcy, keeping the protagonist alive through the weirdest ways with the help of a cadaver played by Daniel Radcliffe. Like seriously, I’m talking fart-fueled human jet ski kind of weird. Despite the gross stuff, it’s a poignant story at heart, and simply wants to say that it’s perfectly okay to go off-kilter at times. In the era of blasé, lord knows we need it.

SHARETerrible, immature people continue to find new ways to be horrible in new...