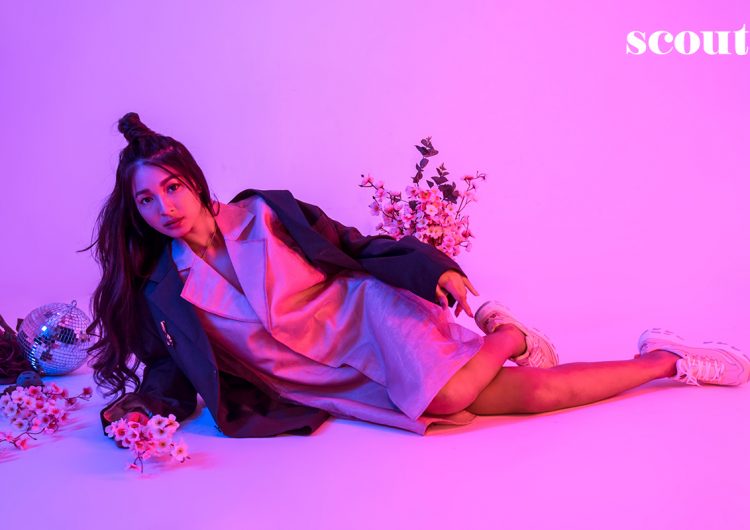 Nadine Lustre can do everything. She can put on her own makeup like she did in her SCOUT cover. She can direct a music video for her partner James Reid. She can sing. She can act. Soon, in her upcoming movie, she’s going to show us her groove.

After the announcement of her upcoming movie with Carlo Aquino, Nadine is doing another project with another leading man. This time, it’s Sam Concepcion.

Titled Indak, the new movie was announced on Monday (Nov. 19) during a story conference at the VIVA HQ. Directed by Paul Basinillo, further details have not been disclosed yet. The director, however, promises that this will not be your typical dance movie.

Since the dance numbers will be choreographed by G-Force, is it safe to say that we’ll see a lot of hip-hop choreographies in this movie? With the first trailer, it looks like it.

In the film, Nadine plays the character of Jen, a woman who has loved dancing since childhood. The trailer shows her dancing by the sea. Vin (Sam Concepcion), a dancer from Indak Pinas, sees her dance and recruits her. Indak will follow her journey as part of the dance group.

Aside from the trailer, Viva also released the movie’s theme song yesterday.

The film will be out in August.

SHAREWe just launched our reason for SCOUT General Public this week. Front and...

SHAREQuarantine has got us trying new things: “Animal Crossing: New Horizons” with the...