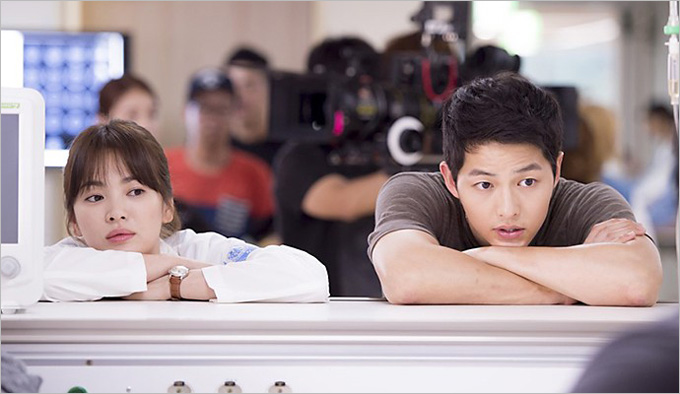 So…Descendants of the Sun stars Song Joong Ki and Song Hye Kyo weren’t revealed to be dating. Nope, these two A-list actors decided to go public with a bang and announced their upcoming marriage this October. It feels as if every DoS stan was practically born to witness this moment and we couldn’t be any happier for the power couple. It’s definitely been a long time coming, with numerous fans calling it since their show premiered.

And this abrupt marriage announcement wasn’t the first time it’s happened with a famous celebrity OTP. Blood leading actors Ahn Jae Hyun and Ku Hye Sun also announced their wedding not long after their series. Recently, Weightlifting Fairy Kim Bok Joo couple Nam Joo Hyuk and Lee Sung Kyung came out with news of their relationship, to the delight of fans everywhere. Guess everyone’s in love over there at Hallyuwood.

We can’t wait to see which couple is next, but we came up with guesses (and wishes!) of our own as to who’s actually laying low. 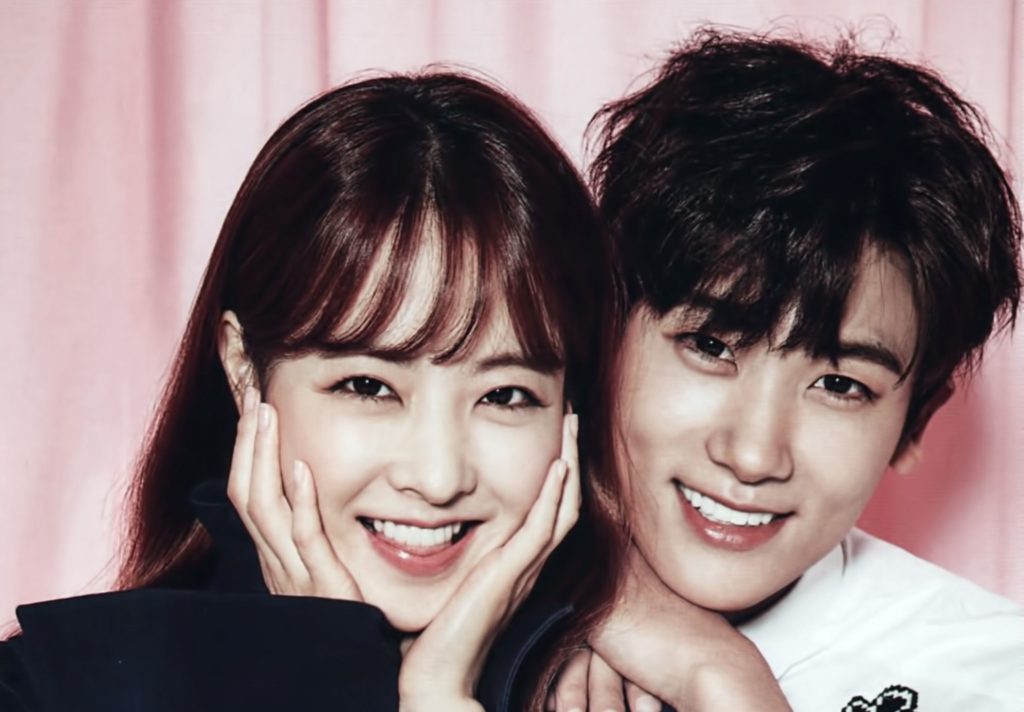 This famous Strong Woman Do Bong Soon onscreen pairing were mistaken to be dating numerous times, even by their show’s own crew. You just know something’s up when the crew of your OTP’s own series thought they were together. Also, Park Hyung Sik himself has got nothing but praises for co-star Park Bo Young, claiming that he ‘truly loved’ her while filming Strong Woman. Please, let these guys be next. 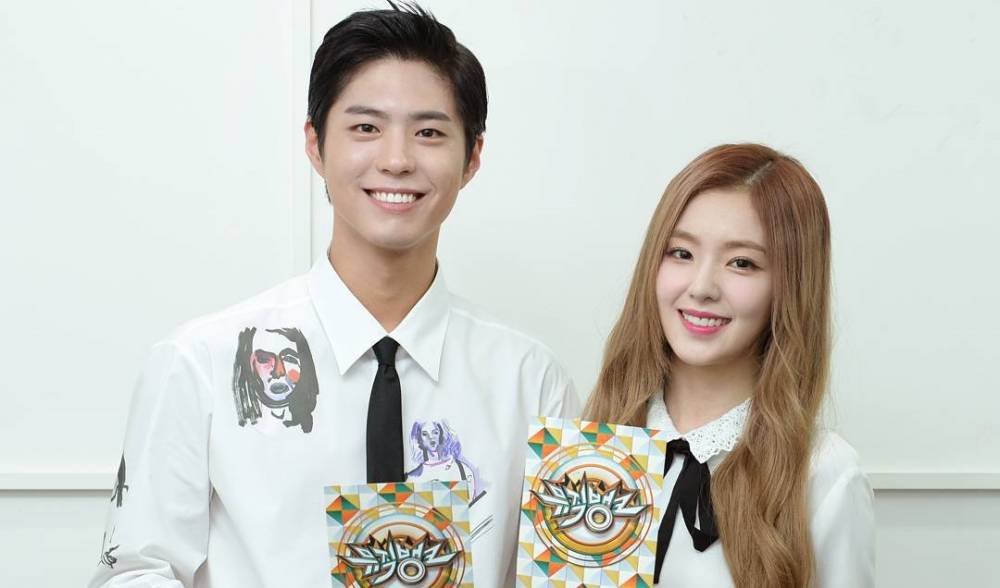 It’s no secret that these former KBS Music Bank hosts have got a lot of chemistry when paired together–even a certain Super Junior member had pointed it out loud. I mean, a Hallyu it-boy and a member from one of K-pop’s rising girl groups? Match made in heaven. Even Irene herself admitted to ‘feeling her heart flutter’ whenever Park Bo Gum would make sweet gestures. Bo Gum and Irene maintain a close friendship and are set to host Music Bank’s upcoming world tour. Let those sparks fly! 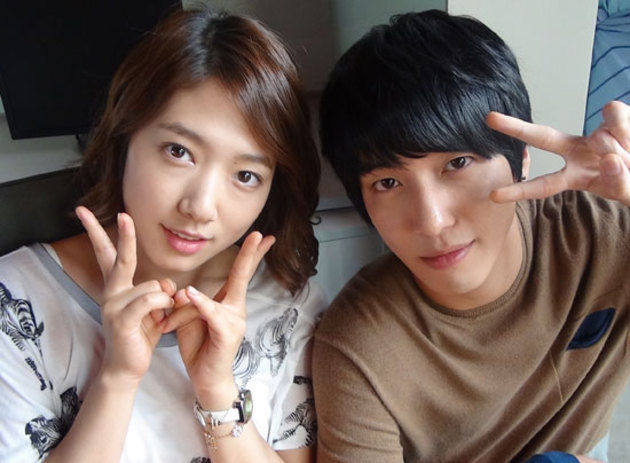 CNBLUE vocalist Yong Hwa and actress Park Shin Hye have been linked together since their 2009 drama You’re Beautiful, where Yong Hwa played a second lead to Shin Hye’s protagonist. The tandem soon turned into an onscreen couple for another drama, Heartstrings. The rumors surrounding them have been there for years now, but they could still be possible seeing that Shin Hye is still very close to Yong Hwa and CNBLUE, having attended their recent concert. And if they aren’t dating, then they’ve probably dated.

These two seemed highly unlikely at first since Kim Go Eun was already in a relationship when Goblin premiered. However, rumors of her dating co-star Gong Yoo spread like wildfire after she broke up with boyfriend Shin Ha Kyun. Kim Go Eun was actually seen eating out with Gong Yoo not so long before she announced her breakup. Though her agency has vehemently denied Gong Yoo as the reason for this, we can’t help but be a little hopeful.They’re practically up there with Joong Ki and Hye Kyo in terms of Hallyu OTP levels. 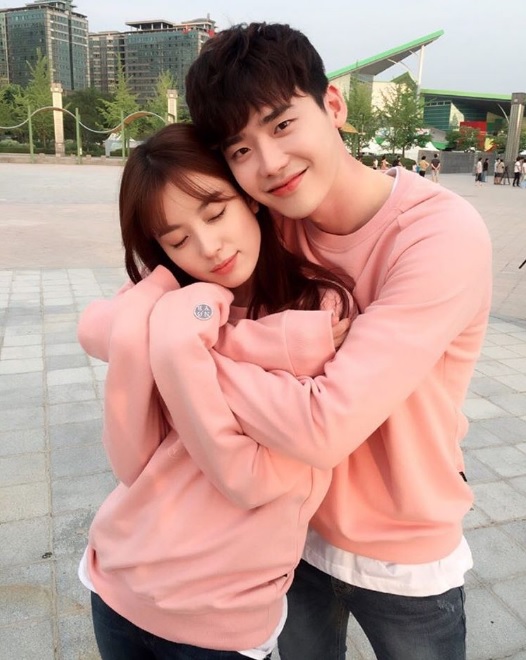 We actually don’t have much proof of them secretly dating but we just want them together for aesthetic purposes. Ya’ll can’t lie–these W: Two Worlds actors look gorgeous together. It’s been almost a year since their show premiered but we’re still keeping our fingers crossed for them! 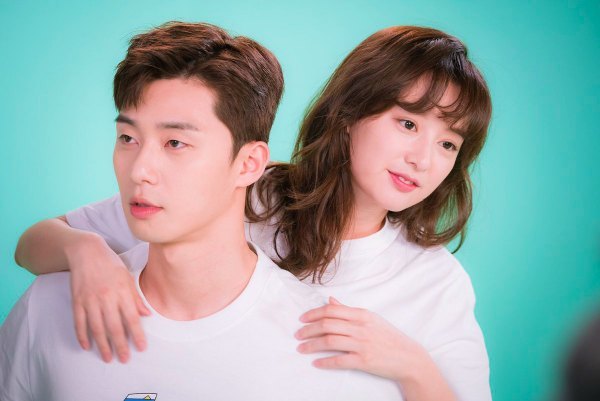 Okay, we’re being a little delusional here, but the Fight My Way couple has got so much chemistry together on the show that fans can’t help speculating that they’re actually seeing each other (or on the way to that, at least) in real life. I mean, they did joke that they were going to get married if Fight My Way reached 30% in viewership ratings. And you know what they say–jokes are half meant.

Which of your favorite Korean onscreen celebrity couples would you like to see together IRL? Tweet us at @scoutmagph!