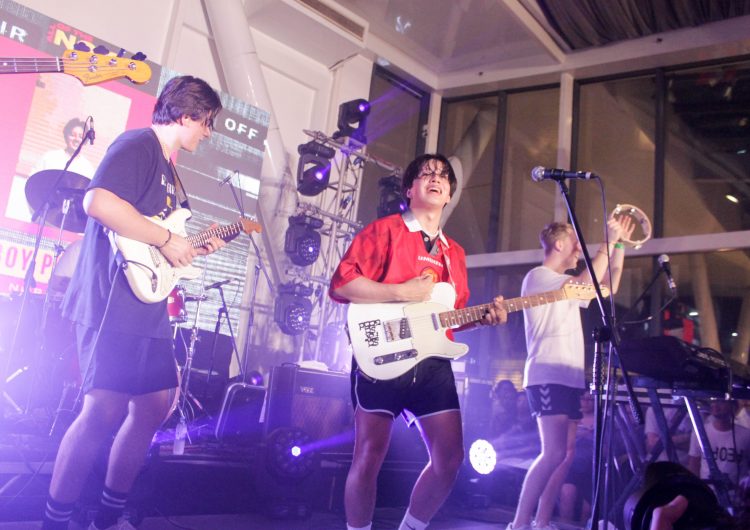 All of the Noise 2018 was a blast. This annual year-end show by The Rest is Noise gathered around young international acts alongside music scene veterans that rocked the stage and made the crowd dance despite the tight space on Nov. 24 to 25.  Even as a two-day event, it never missed its shot in bringing the sleek house down (hello, Century City Mall) and proved that the diversity among acts from the Philippines, Thailand, Taiwan, Singapore, and Norway won at the end of each night.

Like any other fanboy/fangirl, we’re still having trouble moving on from all that fun, so here’s a roundup of our favorite moments in the scene:

Having an interpreter on Day 1

All of the Noise was indeed for everyone, and we appreciated the fact that they invited Filipino sign language professionals near the stage to interpret all the lyrics and music (yup, they acted the strumming and drumming parts, even danced if the music moved that way).

Just like what they said in their Instagram post, All of the Noise 2018 had BuwanBuwan play as a ” boyband” onstage. Lifting the underground Manila beat scene a level higher, they managed to get the crowd nodding their heads in perfect harmony with their swabe synths and free-spirited vocals. I loved how guest artists went up and down the stage like we’re all in a very chill, intimate setting–Jason Dhakal (who also performed hours before joining the collective), BEDSPACER, Tito, and Moon Mask. 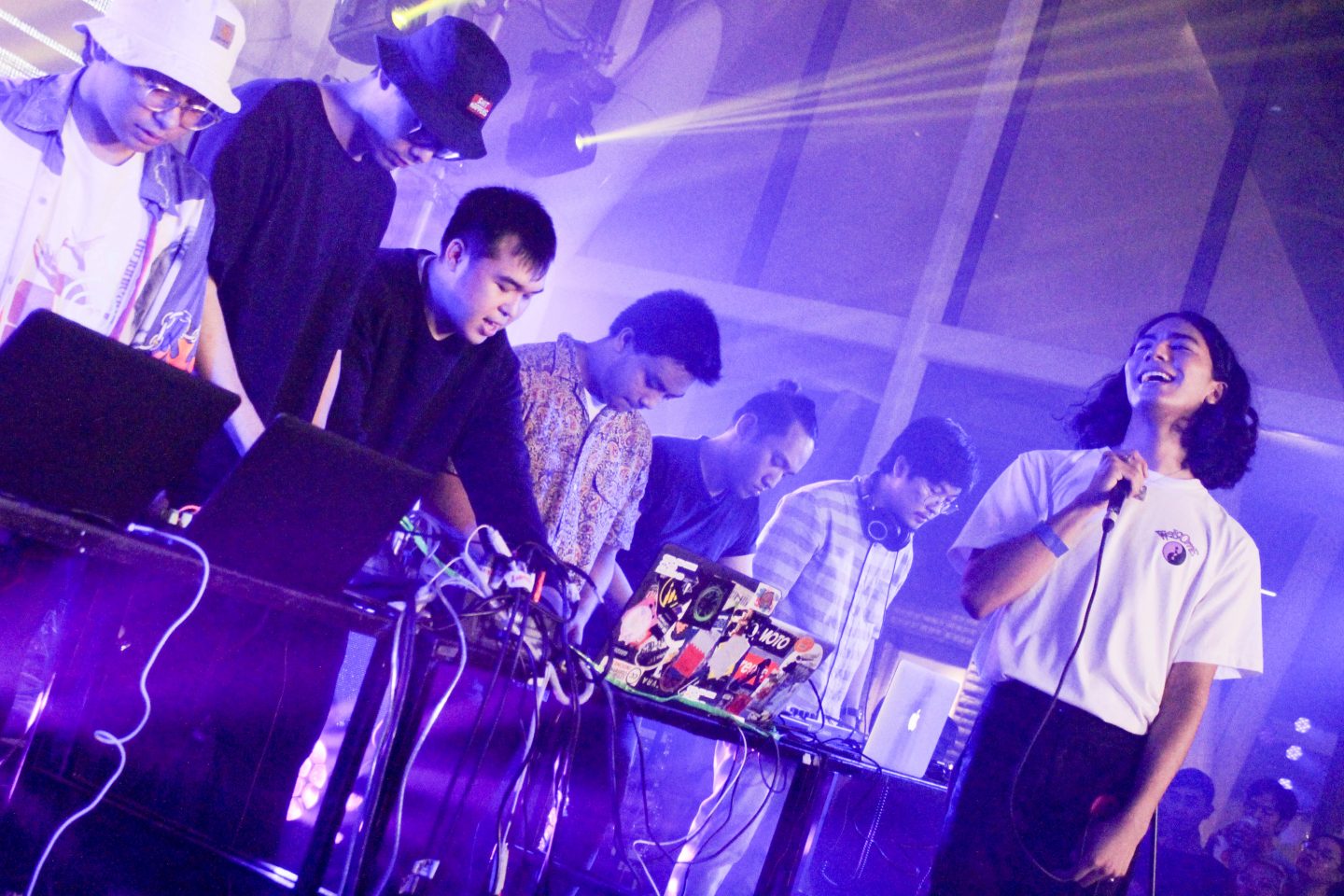 No holds barred for another local collective. Manila-based independent hip-hop music label Uprising pumped up the audience through raw messages splattered across the viewers’ faces. I could feel the place vibrate with all the shouts and chants, and it got even more intense when they repeatedly sang the line “gitnang daliri” and actually raised their middle fingers up in the air. Now, isn’t that a night of letting loose? 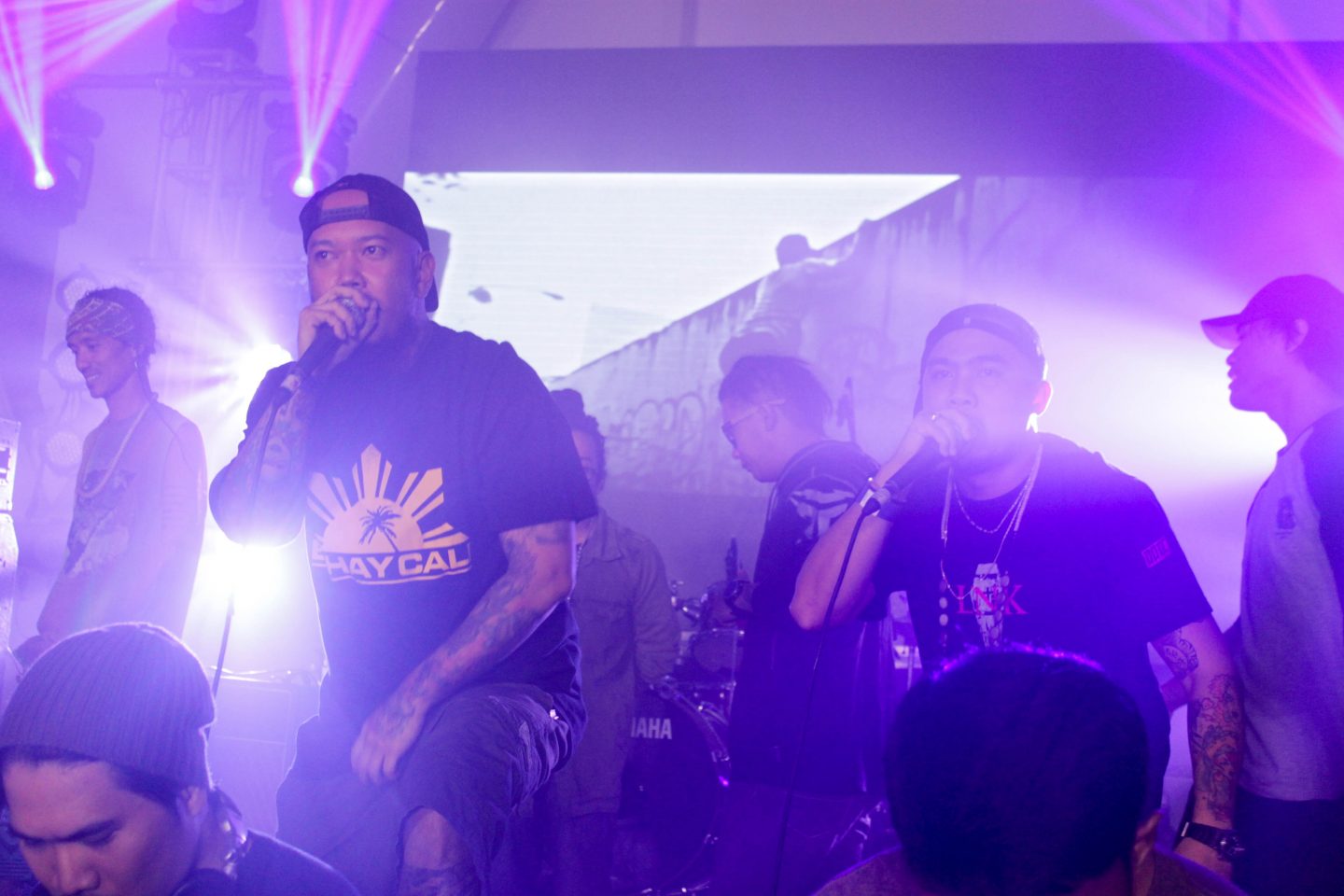 Finally listening to our regional favorites beyond Bandcamp and Spotify

Seeing them for the first time is as great as knowing they had the chance to meet right in the Philippines. Concert folks joined the party of math rock band Elephant Gym, alt-indie group Cosmic Child, all-girl trio Yellow Fang, along with another trio Sobs who aced the pop game. Who knows, this episode of chancing upon might just be the start of a future collaboration? 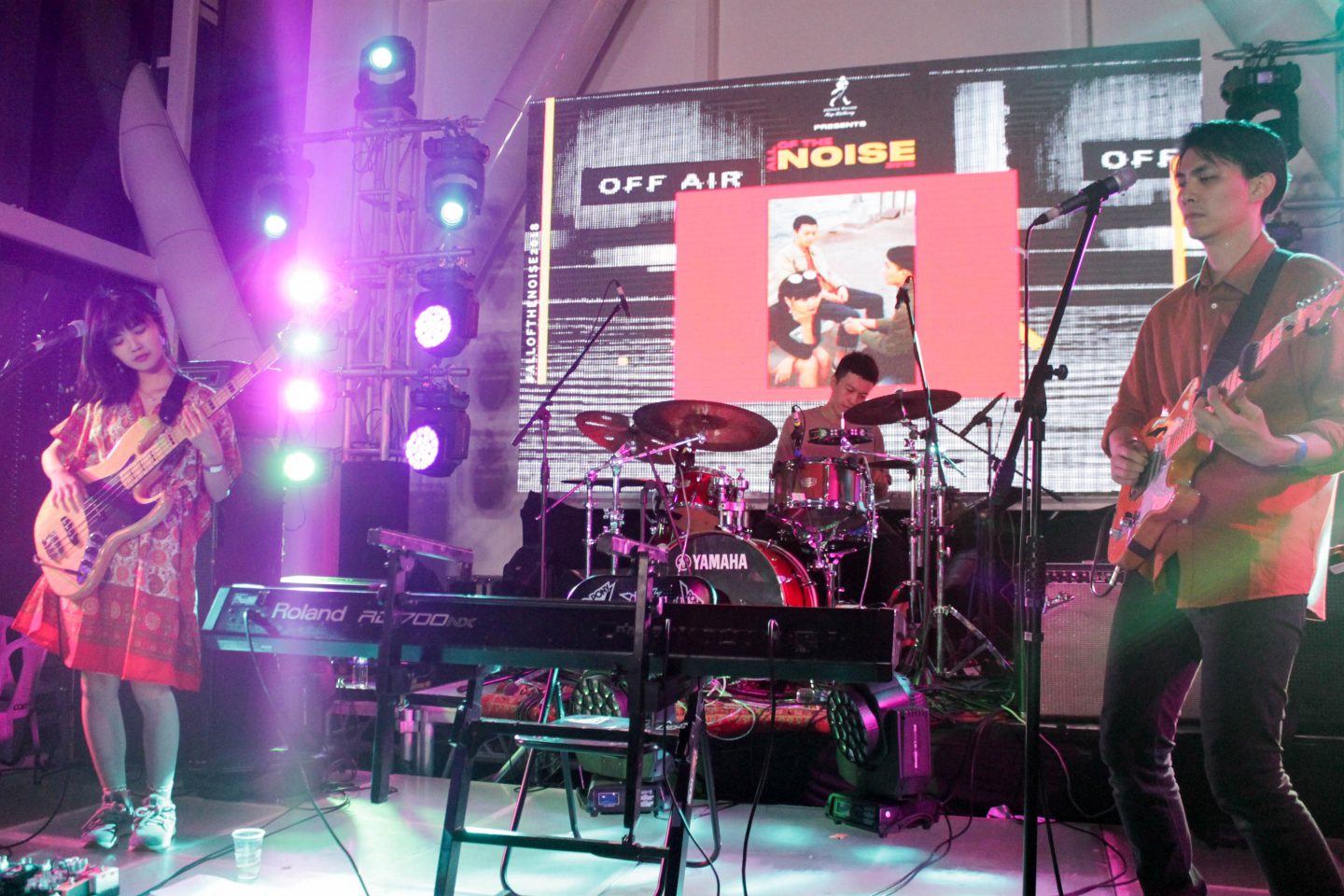 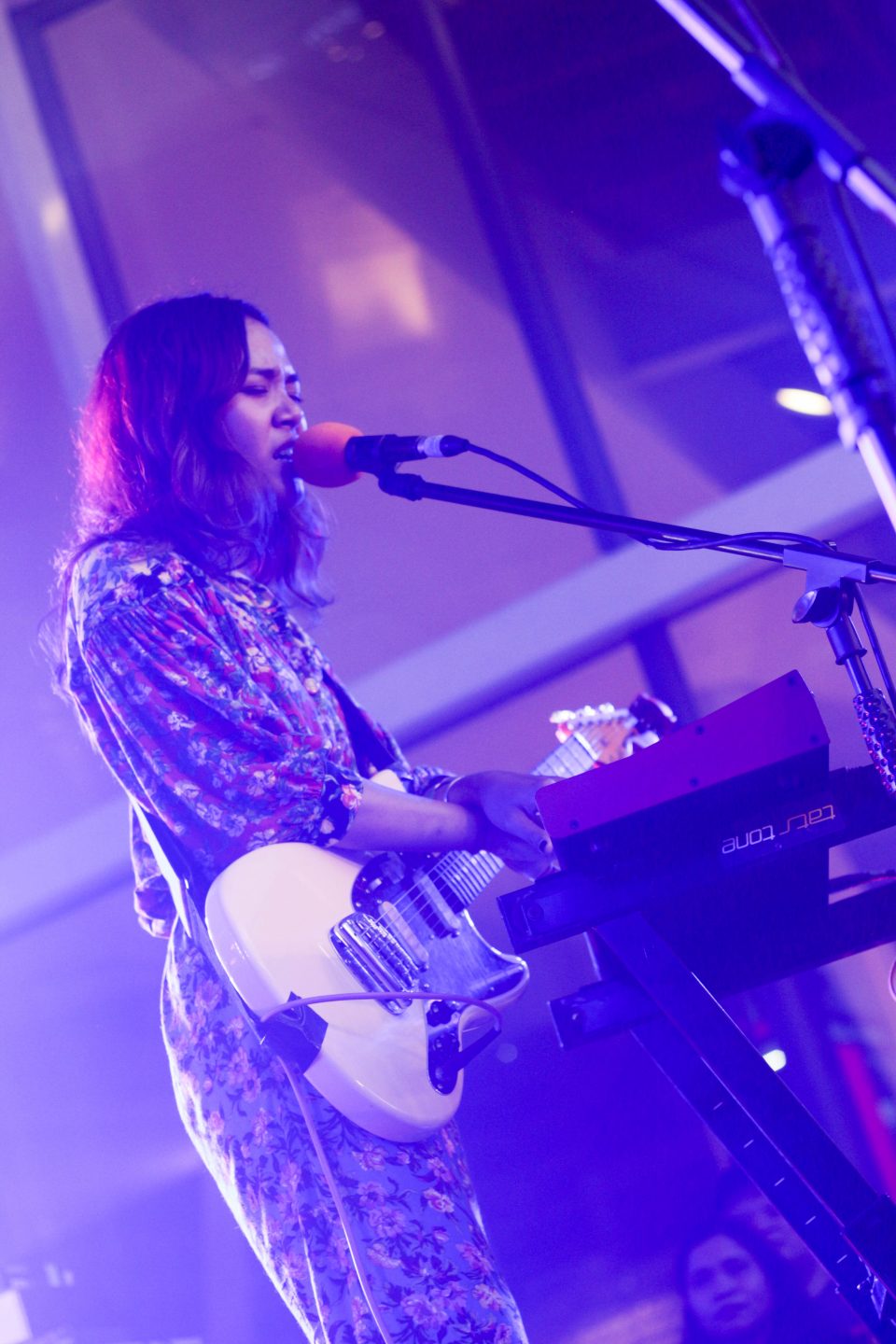 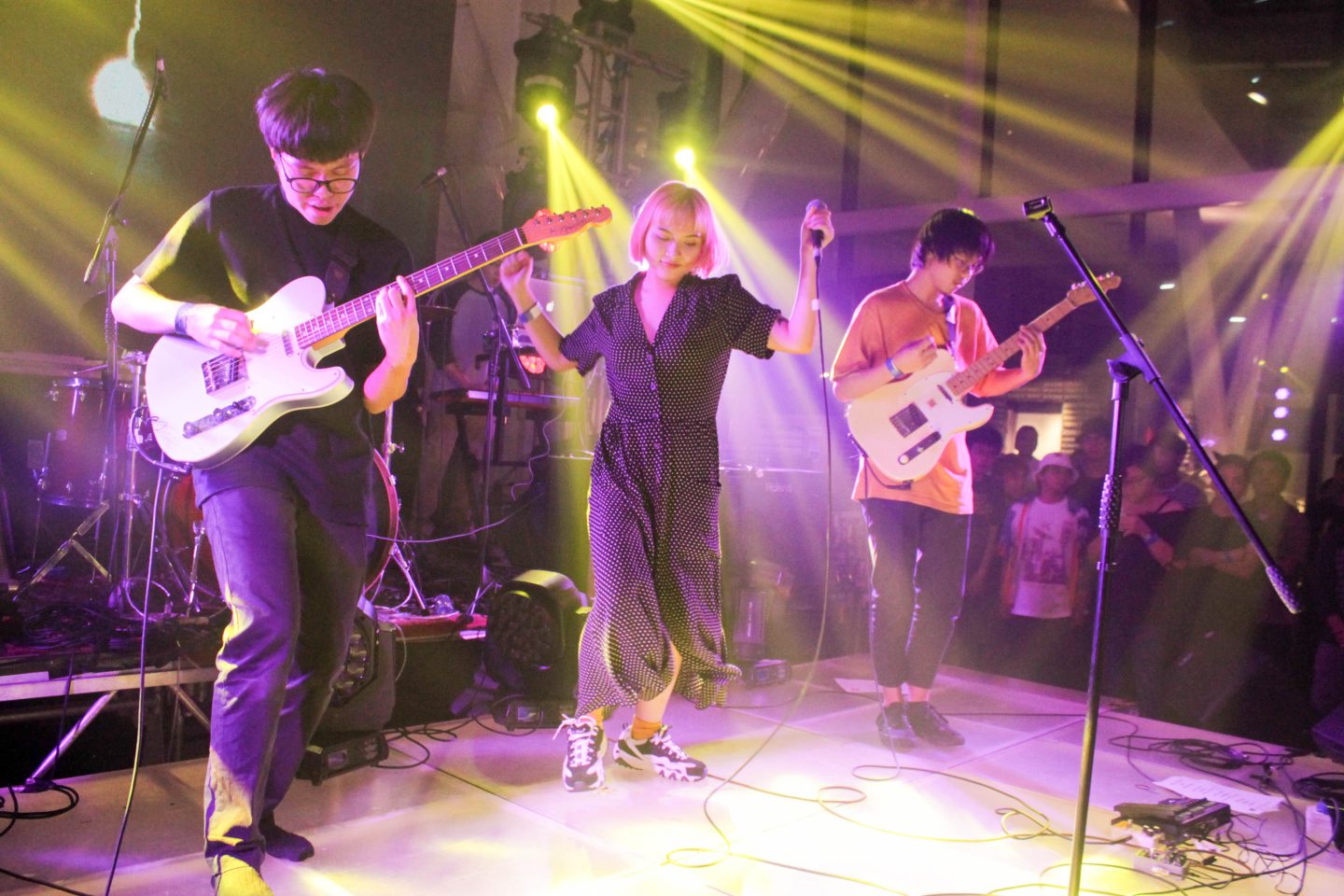 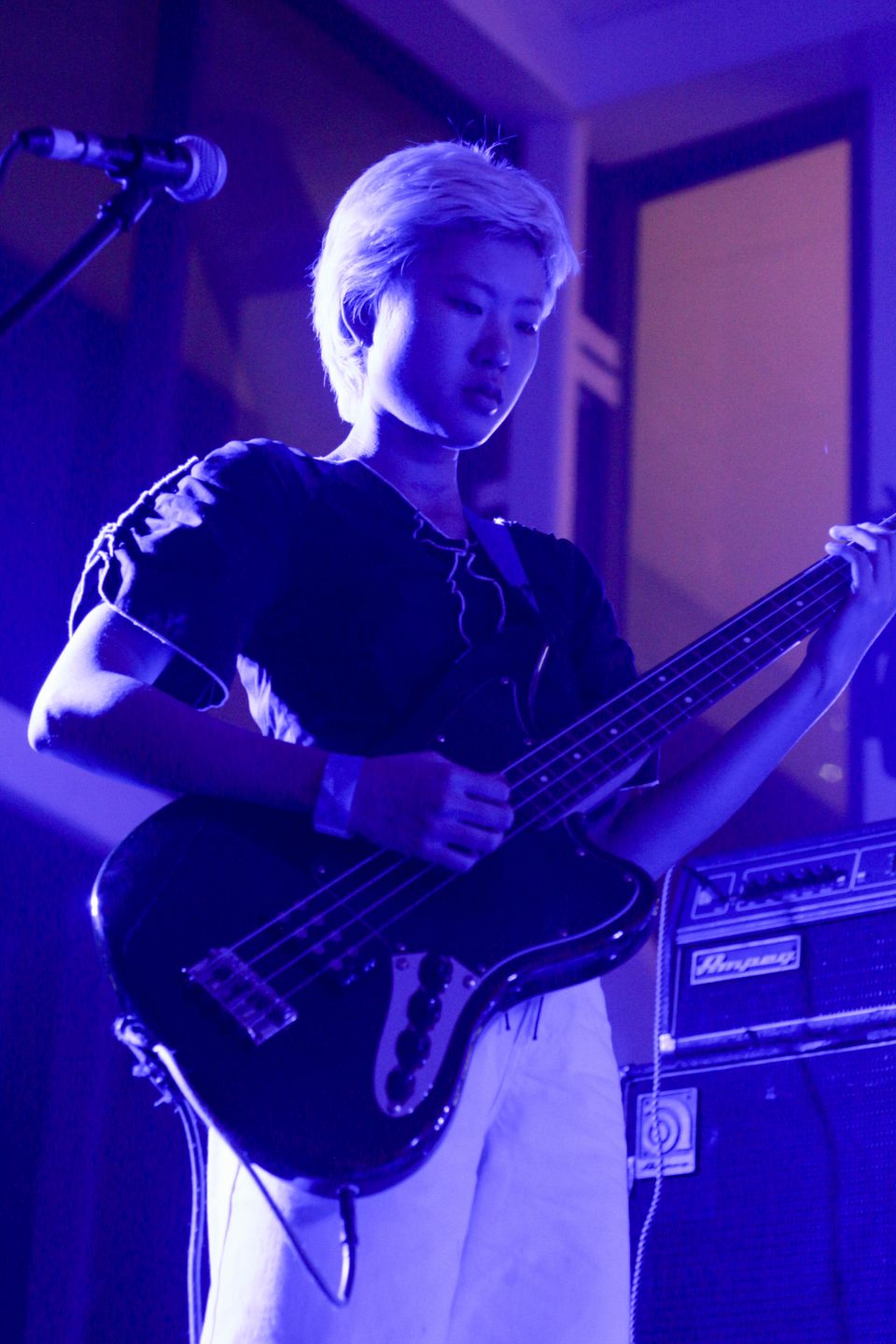 That tropical guitar strumming and trademark sweet, soulful singing finally came all the way from Thailand. Phones were already raised and unapologetic squeals were already resonating even before Phum entered the venue. The crowd went full-fledged wild as his so-called sunshine music started, hitting favorites “Strangers in a Dream”, “Paper Throne”, “Sweet Hurricane” and the hit “Lover Boy”.  The crowd pleaded for another song, and the set ended with “Long Gone” and a jumping, screaming, overly-happy Phum. We definitely don’t have any trust issues with this young musician at all.

The energy of Day 2 never stopped

Because of the heavy lineup, All of the Noise felt like a music festival, with attendees going in and out, choosing to miss an act or two to eat or rest. But once Phum Viphurit hit the stage, everyone stuck their feet on the ground until the end. It’s a grueling task, to shuffle and shimmy your way through the sea of other attendees for hours on end while your eyes stay on the bands on stage, but from our eyes everyone pulled through. From Phum Viphurit to Sandwich’s crowd-surfing, Mellow Fellow’s crowd banter, Yellow Fang’s electrifying set, and finally Boy Pablo’s hell of a closing set, everyone literally stayed on their toes. We’re pretty sure everyone had a good sleep after.

#AlloftheNoise2018 was the wildest weekend we’ve had this year (so far!). Until the next one, @therestisnoiseph? – ? @aaronsilao & @_ghostly

Boy Pablo singing for us without his shirt on

This takes the cake (aside from the birthday cake the threw on for their drummer Sigmund Vestrheim’s birthday that day), simply because no one expected it. Not us, at the very least. Boy Pablo’s set was a delicate scaling of emotions, and the moment the piano player, Eric Tryland, and Boy Pablo looked at each other and took their shirts off we knew we were on another level. What an image.

SHAREFresh from The Hollywood Reporter, Disney wants to turn the 2018 (read: 20-gayteen)...