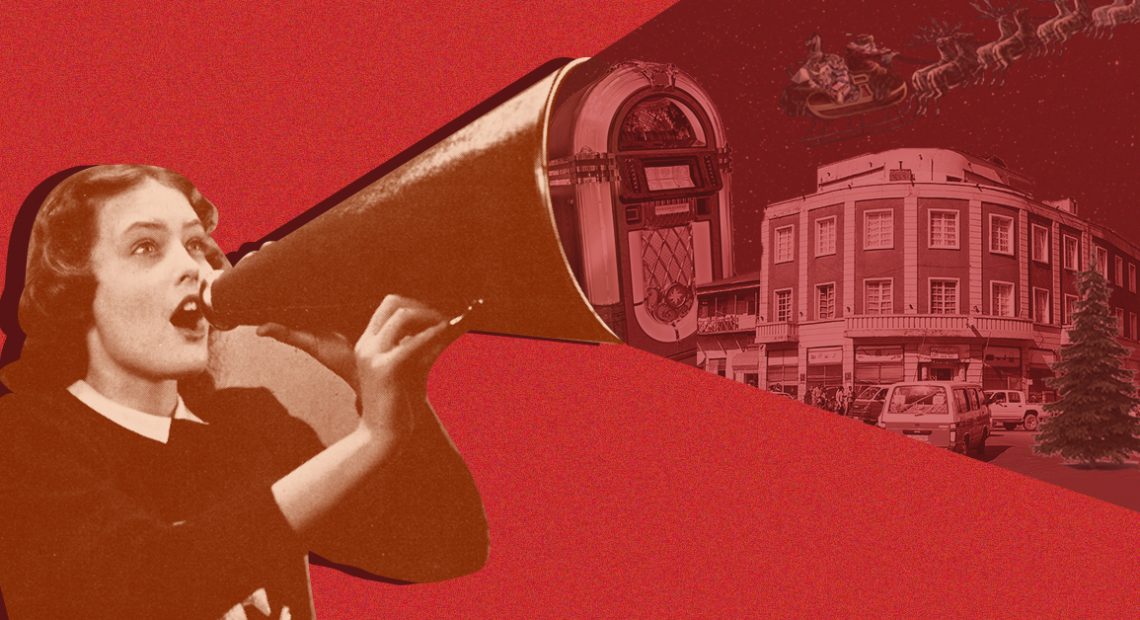 Is Christmas more than you bargained for yet? As much as we’d like to avoid echoing Ebenezer Scrooge’s “Bah! Humbug,” we can’t help but feel the same–especially if Christmas playlists sound the same almost everywhere. Even The Grinch wouldn’t want to steal this kind of Christmas, don’t you think?

Before we just yikes our way through a sea of repeating jingles, we can just blast a brand new playlist now. We’re not claiming it’s a sin to play these frankly crazy tracks at a party—but expect some dubious stares and second looks when you press play. Trust me though: you’ll still win.

Here are some of the coolest Christmas songs for a different kind of yuletide chill. Play at your own risk, maybe?

“All I Want For Christmas Is You” – My Chemical Romance

You already know the lyrics; all you need to do is sing it Gerard Way style. Sped up and with screams, this rock version of the timeless Christmas anthem nevertheless comes as an ode for longing.

We’re used to punk rock group TFB being all you’ve-got-to-be-kidding-me kind of serious-gloomy, but this song lets all that rest. Originally by The Waitresses, The Front Bottoms give justice to the piece with their own sidesplitting and hella peculiar take on gifts. 11/10 would dance horribly to this.

A relatable spin for those whose huge Christmas wish is to have a built-in escape button in their bodies, this song by rock band Relient K comes in an album–along with 16 other tracks on their sweet and spicy holiday takes.

Heck yeah, we all know how this holiday tries to keep everything ironed out. All edges clean. There’s fun in abolishing the rule though. Known as the first to define punk rock sound, The Ramones also proved they tell the most honest of stories.

“Don’t Shoot Me Santa” – The Killers

We can praise this song for all its creativity, from its lyrics to the the music video. Other than that, this rock track is also known to have raised funds for charities under the Product Red campaign, aimed to raise awareness in eliminating HIV/AIDS in African countries.

This titular track coalesces with other holiday tunes of the legendary band, such as “Trip to Jerusalem” and “Christmas Ball” in an official Christmas album released way back 1996. Listening to Fruitcake is still perfect for Noche Buena nights, when you need to stay awake a little longer.

“Yule Shoot Your Eye Out” – Fall Out Boy

There’s no better blessing this Christmas season than Patrick Stump’s hella great vocal range, as well as how he can sing “Merry Christmas, I could care less” in this childhood anthem we might have loved some time in our lives. This salty take on the holidays is taken under the wing of A Santa Cause: It’s a Punk Rock Christmas album, a compilation of various artists’ songs.

This 1977 single is so iconic, it has been covered by more than ten bands, including Green Day and Smash Mouth. It tells a story inside a department store–Father Christmas is mugged by a gang of hooligans demanding money instead of toys.

Joy, children, love, and Santa. This upbeat, ding-a-ling-like holiday music is just as perfect for how Brendon Urie moves in non-average emotions. Yup, it’s still something you can’t play at a Christmas party because it’s just too buoyant for a crowded place. Unless you want glasses shattering the next hour.

“The Season’s Upon Us” – Dropkick Murphys

The Roanoke Times described this song as “may be the best Christmas tune since the Ramones’ “Merry Christmas (I Don’t Wanna Fight Tonight.)”” If you want to sing about brandy and eggnog, this is the song to cap off your Christmas.

SHAREThey say imitation is the sincerest form of flattery, but Skate culture magazine...

SHAREBy Celene Sakurako Mellow Fellow has dropped the first single to his upcoming...

SHAREShakespeare’s Romeo and Juliet is, without a doubt, the most widely told love...