With film festivals coming in left and right, student filmmakers aspire to see their credits among the lineups. Now, they are one step away from their big break—enter Cinestudyante, the Philippines’ first-ever all-student film fest.

Hosted in partnership with the Film Development Council of the Philippines (FDCP), Cinestudyante features 43 short films by high school and college students across the country. With films divided into five clusters, expect a whole variety of genres. Shorts part of the roster range from live-action, animation, documentary, and musicals. Among these include Cinemalaya’s “Disconnection Notice” and “Heist School,” as well as “How the Beasts Got Hyped,” a documentary on the hypebeasts of Manila.

Aside from the running films, Cinestudyante will also hold meet-and-greets with directors Mikhail Red and Joel Ferrer.

Cinestudyante will run from Sept. 25 till Oct. 1 at Cinema 4 of Santolan Town Plaza’s Power Plant Cinemas. The highest-grossing cluster will have extended screenings at Rockwell Center from Oct. 9 to 13. If you’re down for a watch, tickets are P150 per screening and available at the venue’s ticket booths or through their site. 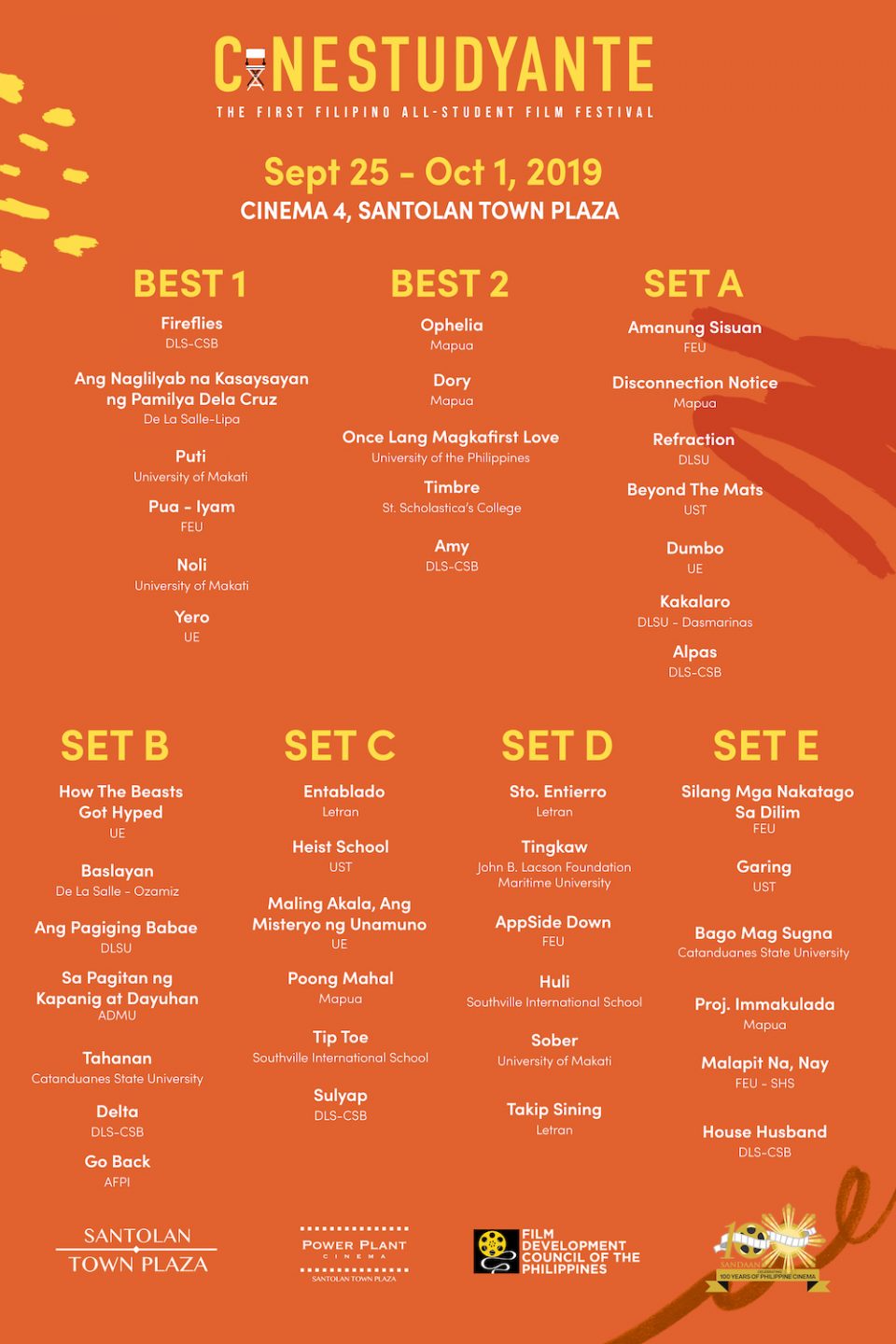 If you're a fan of what Senator Risa Hontiveros has been doing, then...