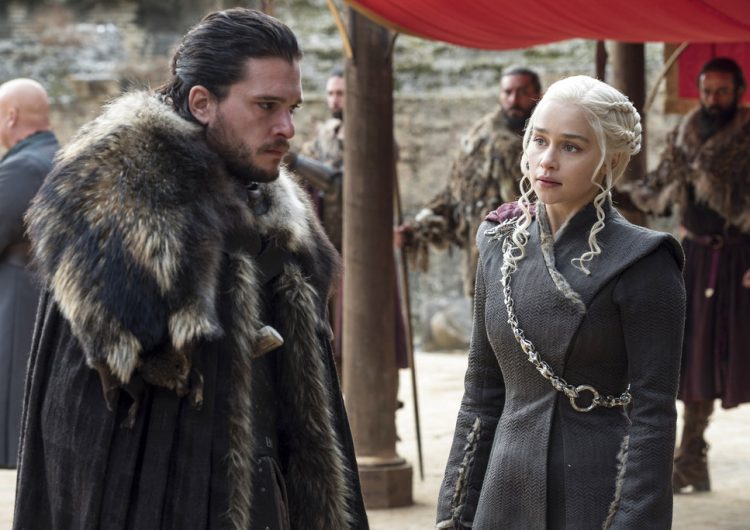 This image released by HBO shows Kit Harington, left, and Emilia Clarke on the season finale of "Game of Thrones." The eighth and last season of "Game of Thrones" finally has a date with destiny. HBO said Tuesday, Nov. 13, 2018, that the series will return in April 2019 with six episodes to conclude its run. (Macall B. Polay/HBO via AP)
SHARE

It’s been almost a year and a half since we were given the finale of Game of Thrones’ 7th season, and we’re admittedly been having a pretty rough time in the drought. We thought last month’s Season 8 teaser release would cure it a bit, but we were given no new footage to freak out over as we’d want to. So there’s that, and the promise of new stuff come April 2019.

Today, however, we got some answers in the 76th Golden Globe Awards. In the prestigious ceremony of stars and legends, fans were surprised as a fresh five-second footage was aired onscreen. Freaking. New. Footage. You got us with that, HBO.

It’s going to be a very good year.

With Daenerys arriving in Winterfell with Jon Snow and having that face-to-face with Sansa, I guess our waiting has been really worth it.

SHAREHere’s your chance to change how things run. Following a few suspensions amid...