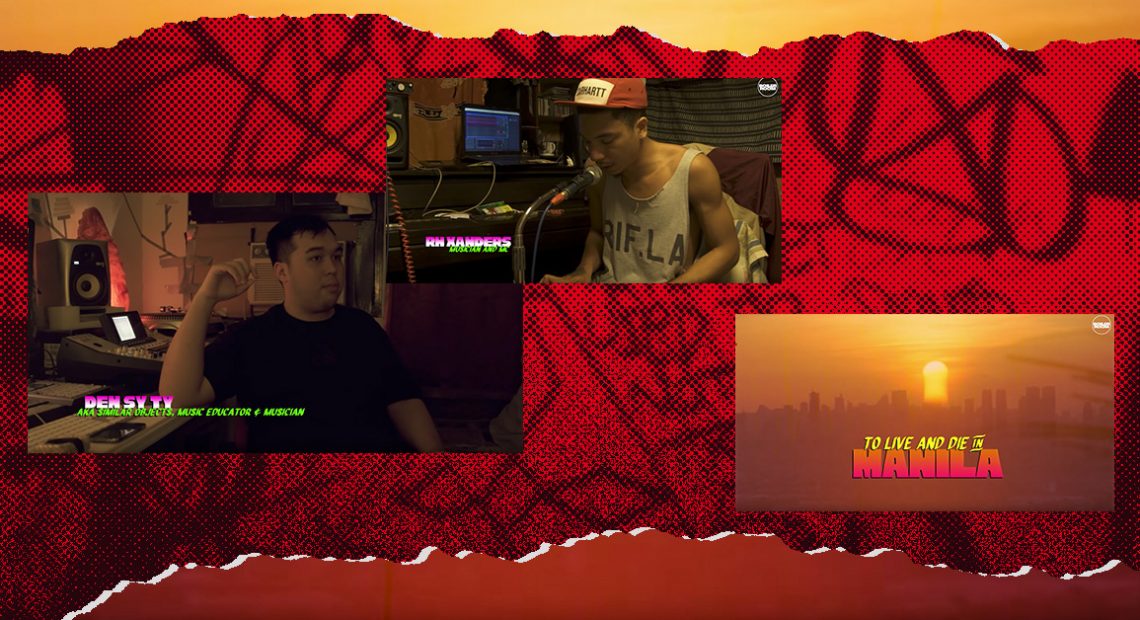 Duterte’s War on Drugs exempts no one. One way or another, it affects everyone in the Philippines, regardless of social backgrounds. Daily violence, reports of injustices, and overwhelming effects of poverty had become our norm that we’re almost desensitized by it.

But Angela Stephenson’s documentary isn’t about the desensitized. To Live and Die in Manila is about restless Filipinos facing the political unrest of the country, local musicians, and figures of Manila’s underground scene.

Produced by Boiler Room, this documentary features various musicians living in Manila. The 16-minute film explores how the bloodshed of the innocent trickled down to the art and music scene. Musicians like Den Sy Ty (aka similarobjects), Rhxanders, OWFUCK, Teenage Granny, BP Valenzuela, and Jeona Zoleta shared their insights on the current socio-political turmoil.

Wanting to know more about the process of making this timely piece, we caught up with Angela. The London-based Filipino filmmaker shared her thoughts on the Drug War, growing up in Manila, and the music scene here.

Can you tell more about yourself and your work as an artist?
I’m currently based in London, and I spent nearly five years working on the Boiler Room’s video production team before I became a freelance filmmaker. During that time, I traveled a lot and met countless music communities, and eventually developed an interest in using film to document these scenes further.

But really I just have an interest in all people with stories to tell. Our rapidly changing culture is allowing more people access tools that enable them to express themselves, so I’m interested in seeing how all of these previously undocumented voices will develop over time. 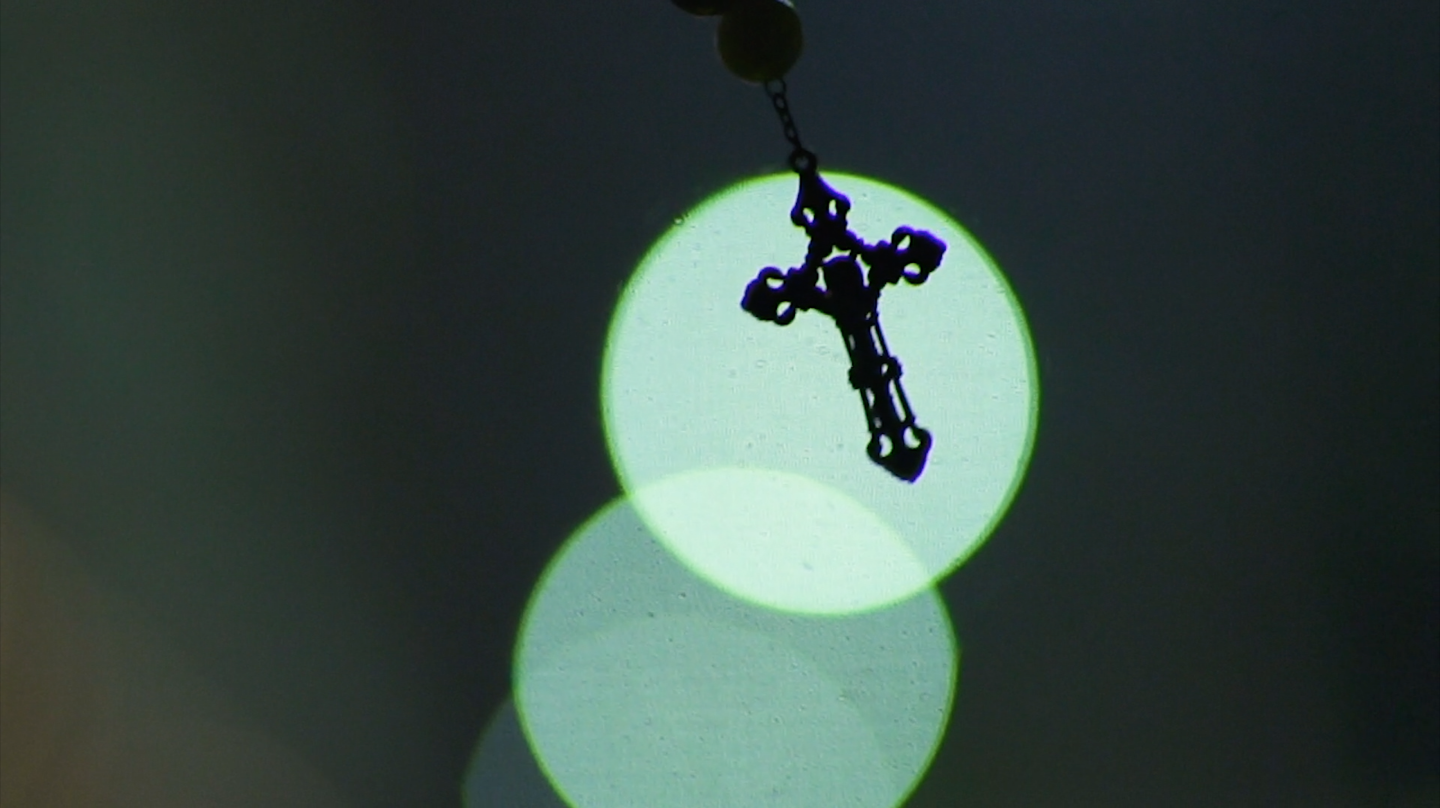 “As I got older and more educated about the country and its political history, my perception definitely changed.” – Angela Stephenson

What was Manila for you growing up?
Manila was like my second home growing up. I lived in several countries across Europe, Asia, and the Middle East throughout my childhood. Coming back to the Philippines regularly gave my life consistency. It’s where all my family are and it’s where all my childhood memories are rooted. I think a lot of overseas Filipinos feel the same way.

Were you immersed in the Manila music scene before making this documentary?
I was so new to it when I started making the documentary, I still feel like I’ve only just seen the tip of the iceberg, so I long to spend more time in the city. There’s a great counterculture bubbling in the Philippines. I’m really impressed with the works of local artists, painters, photographers, designers, and musicians here.

How has your perception of Manila changed through the years?
I was used to seeing the city as a place that’s familiar to me. Therefore, being in Manila gave me a sense of comfort. But as I got older and more educated about the country and its political history, my perception definitely changed.

I was always really inspired by Manila. But now that I understand the place better, I feel more inspired to help facilitate the change we really need here. 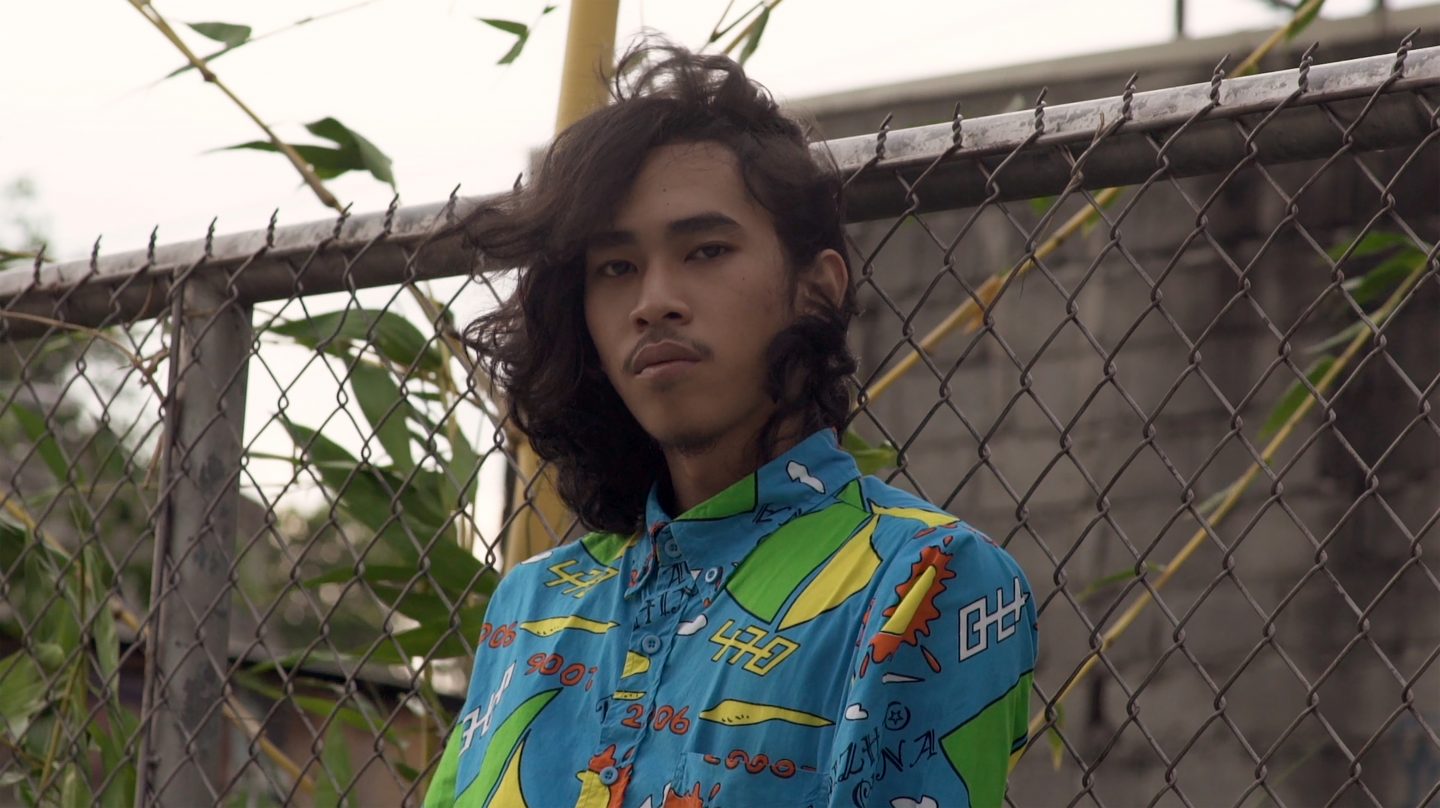 “For me, it didn’t make sense to make a documentary about the music scene without the socio-political context.”—Angela Stephenson

In your Huck interview, you said the documentary’s original aim was to portray the Manila music scene in positive light. What pushed you to focus on how our musicians are affected by Duterte’s War on Drugs?
Witnessing the changes the country went through is what steered the film in this direction. I couldn’t interview these artists about their surroundings without delving deeper into their understanding of the situation. The War on Drugs is so prevalent in the news, at the time.

It was a chance for them to get it off their chest and give a wider audience some insight into the Filipino psyche. For me, it didn’t make sense to make a documentary about the music scene without the socio-political context.

Read more: Supporting your local musicians is more than going to Fetê

Why choose to tell our nation’s struggle through the eyes of our local artists?
I think their perspective is an important one. Art and music do have the power to affect social change. Also, their perspective was the one I could personally relate to.

People in the country are already desensitized to all of the daily horrors they experience. It made sense to tell the story in a different way, by discussing the impacts of being exposed to violence has on these young people. 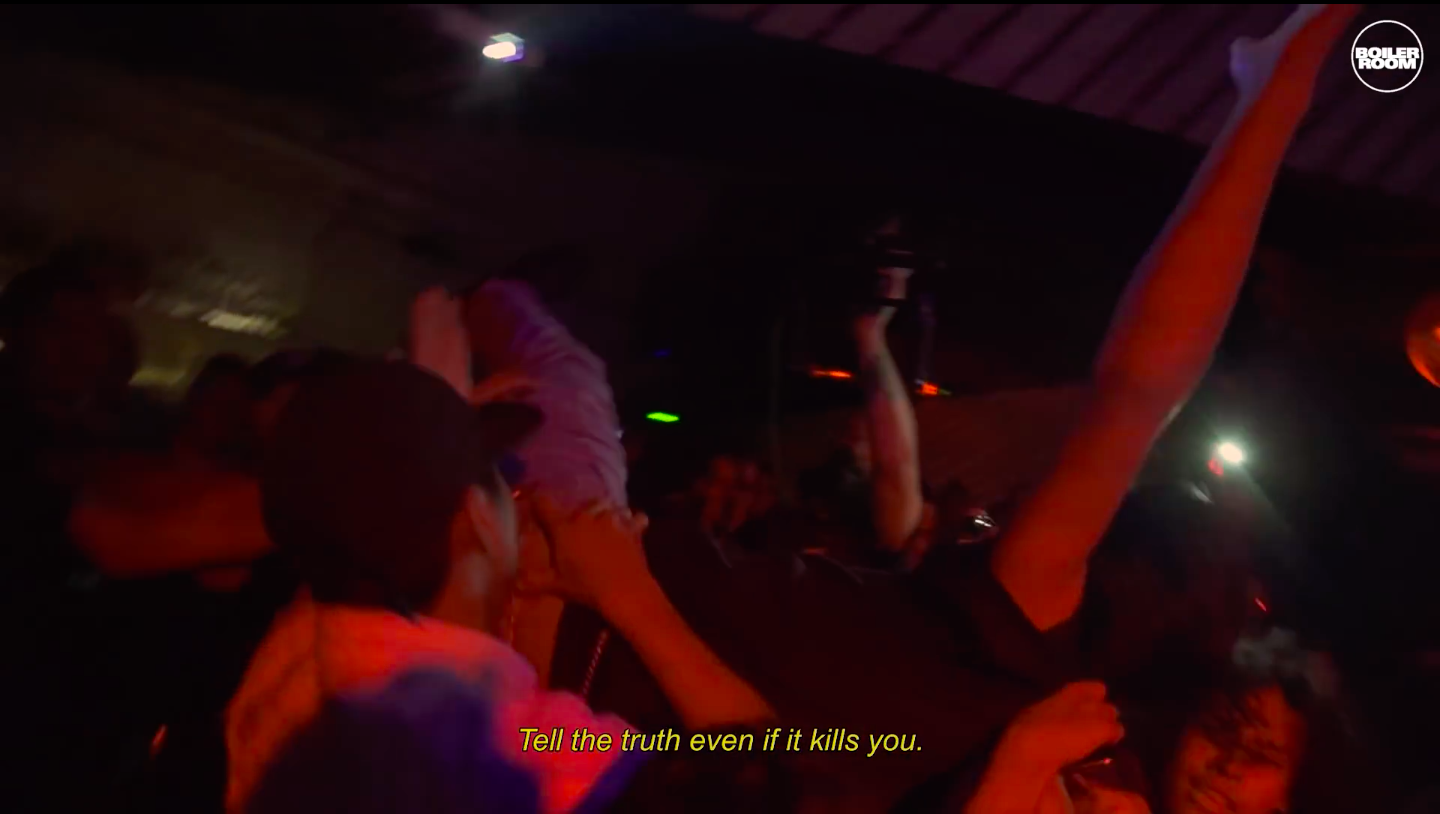 “The human rights abuses that are being committed under Duterte’s regime are an uncomfortable sign that the country is headed in the wrong direction.”—Angela Stephenson

Why is it important to talk about the War of Drugs now?
It’s important now because of the country’s history. Martial law is not yet a distant memory. I was born after it ended, but I don’t want to say that in my lifetime I will witness the Philippines under martial law.

The human rights abuses that are being committed under Duterte’s regime are an uncomfortable sign that the country is headed in the wrong direction. We shouldn’t be so accepting of the idea that the country can only experience progress at the sacrifice of our lives and our freedoms. The Philippines and its people deserve better than that.

You can’t claim to care about progress if you don’t care about the most marginalized people in the country. If they suffer, we also suffer.

But despite coming from a variety of backgrounds, all of the artists showed compassion for the victims, and I really respected that. Musicians commenting on the situation in their music is brave, especially in this country. 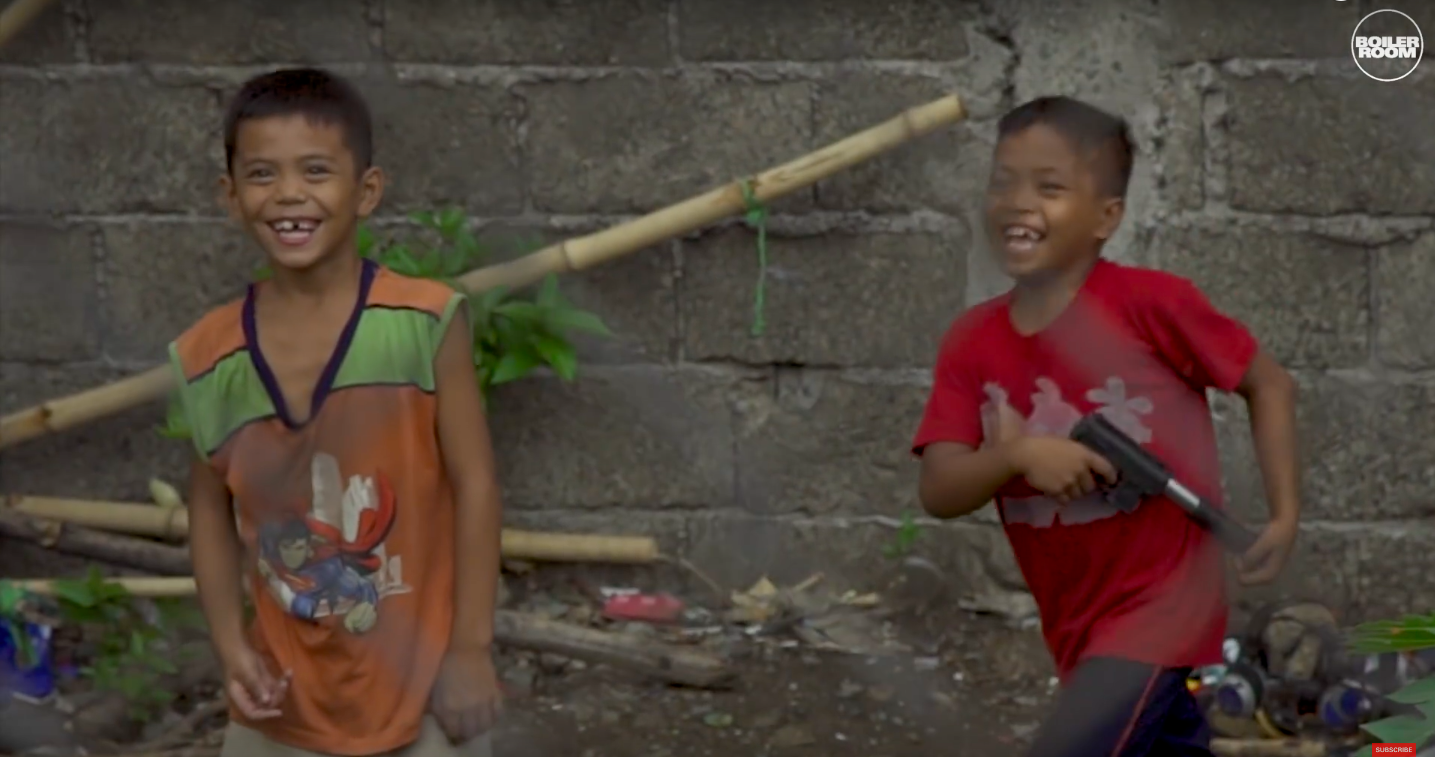 “You can’t claim to care about progress if you don’t care about the most marginalized people in the country. If they suffer, we also suffer.”—Angela Stephenson

What do you hope to achieve through this documentary?
For people to be aware of the situation. Most people in the Philippines know what’s happening, but not everyone is in agreement that the deaths should stop. It’s near impossible to change their mind. I hope the film helps them understand the breadth of issues, whatever way it can.

There’s a lot of people outside of the country who didn’t know this was happening. There are also people who only see the support for Duterte, despite all of the killings and the injustices. I wanted to show those people that there are some of us that won’t stand for it. We’re in the minority, but we’re here. We’re being silenced and we need support.

SHAREThe UAAP board just announced few major changes for this year’s season. Though...

SHAREIt has been three years since Solange blessed us with her soulful album...