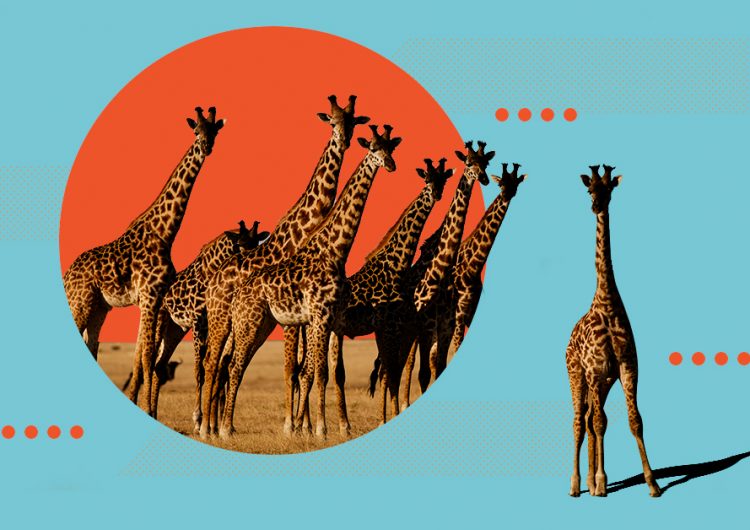 If you’ve ever had the surreal pleasure of seeing a giraffe in person, you’d know the sheer awe of looking up at their grand stature. But if not, you’ve probably seen a video (in my case, a number of entire compilations) of giraffes stumbling around and being naturally adorable in the African wilderness.

Well according to a recent study, we might end up just watching them in old videos forever if we don’t do something to save them soon.

In the last report of the International Union for Conservation of Nature (IUCN) Red List, it is revealed that two out of the nine subspecies of giraffe, the Kordofian giraffe and the Nubian giraffe, are officially classified as Critically Endangered. Only after conducting a study on five previously unassessed subspecies was it found that three were either endangered, or critically endangered. The two levels next to Critically Endangered are Extinct in the Wild, and Extinct.

The giraffe first saw signs of its impending “silent extinction” back in 2016, when reports of the animal’s population revealed a 40% decline—mostly due to human activity like poaching and human population growth in general—in the last 30 years. This resulted in the giraffe’s Red List status being dropped down to Vulnerable. As of November of 2018, only one subspecie is listed under Least Concern, while the rest of the assessed subspecies are under threat.

Let’s not allow these gentle giants to follow the same fate as the unfortunate Spix’s Macaws, the vibrant blue birds that inspired the 2011 animated film Rio, who were declared Extinct in the Wild late last year. If these aren’t wake up calls to pay more attention to mother nature, I don’t know what is.

Remember the fiasco last year that was the Fyre Festival? Yeah, that “Coachella...