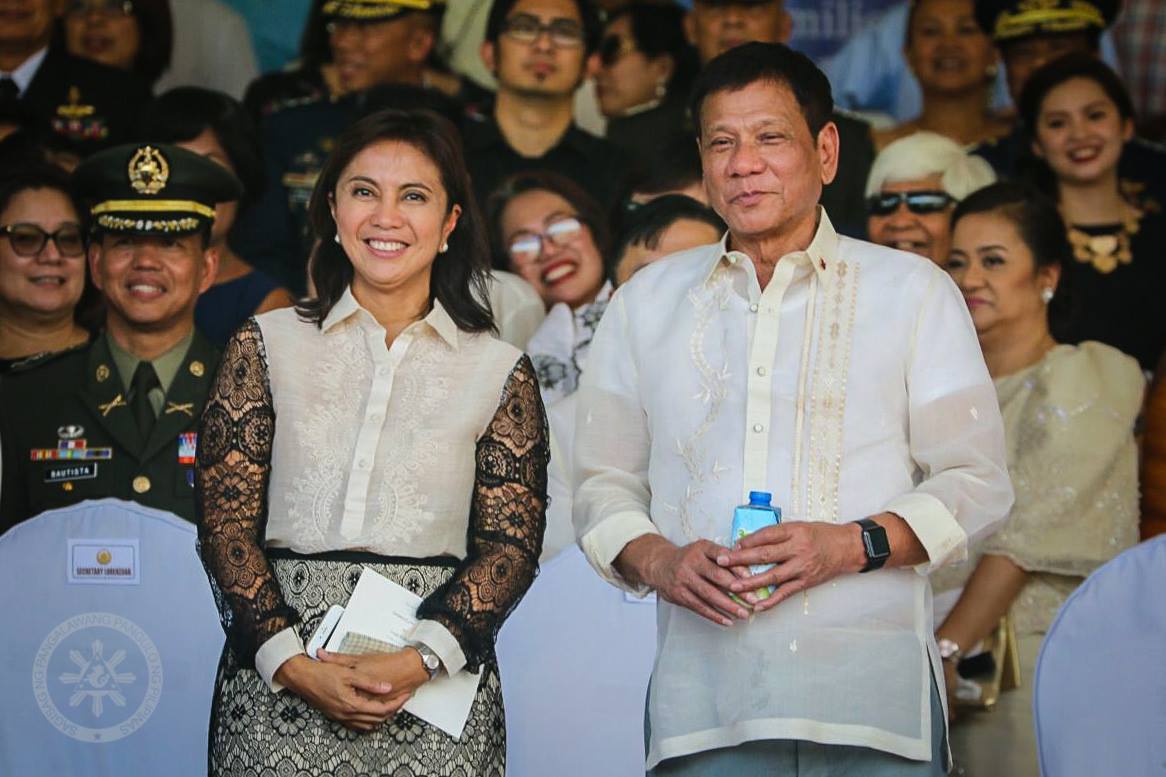 After everything that’s been said and done (mostly by President Duterte to his vice president), it turns out P-Diggity does, in fact, need her help running the country after all.

The two met in Malacanang the other day, where they, uh, bonded, talked about their lives. She said he was “warmer” than the last time they met (at the AFP change of command ceremony last Friday). She said he was more respectful, and escorted her to the driveway, waiting for her car with her. She did, say, however, that she wasn’t there to apply for a Cabinet post, and that it doesn’t look like she’ll be getting one.

All the same, he asked her help: ““Visit me more often because you are part of this administration. It’s better that you are also informed of the country’s situation.” Given his well-documented propensity to work late into the night, it feels like she’s eventually bound to get the presidential version of “Hey, you still up?”

However, it is true that the 1987 Constitution does not mandate the vice president to be part of the president’s Cabinet, so it’s interesting to speculate what possible role Robredo could take in the administration if she’s not getting appointed to any executive office. As it really stands, she’s still a presidential benchwarmer.

According to the Office of the Vice President, this is what else she’s supposed to do:

Some of that is broad (ensuring laws are faithfully executed, giving local officials support, making the OVP efficient) while some of it is purely for show (ceremonial functions). In fact, this whole meeting (and enabling the ship) might just be for show, a smart political move from Duterte to calm tensions and undo the damage he did before their term started. But that doesn’t mean we wouldn’t like to believe he’s serious about it.

If anything, we also believe Robredo is smart enough to figure out a way to do her job and not get in the president’s way.

Lifebuoy teams up with the Philippine Red Cross in "Do The Lifebuoy #4TheFuture,"...

SHAREWe’re all humans who make oopsies every now and then. Last week, it...