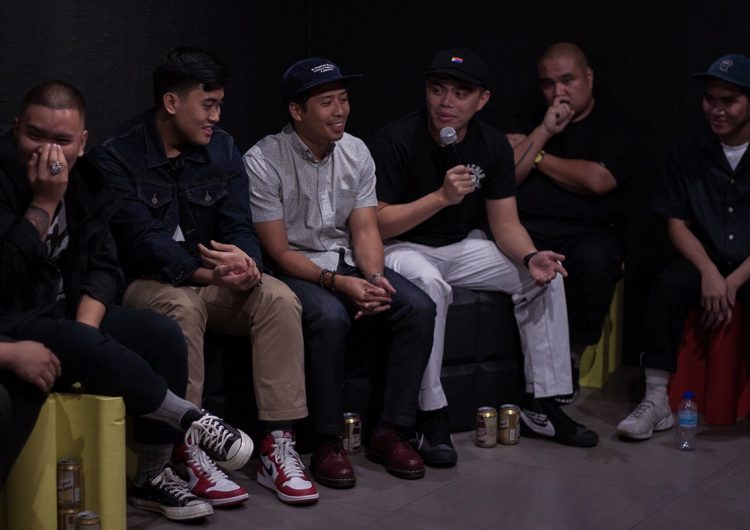 In the afternoon of Dec. 15, a crowd gathered in a room at the top floor of the Ronac Lifestyle Center along Magallanes. An eager row of 20 and 30-somethings took turns holding the microphone, sharing anecdotes and insights about their craft. A few hours after, the lights darkened and people sat on the floor and faced the projection in the corner to watch a documentary. The air was light, but there was also electricity, like it was a peak of something charged up. And it was: Dec. 15 was a panel discussion of creative directors and brand owners of various independent brands in creative street culture, and the premiere of a documentary that aimed to creative a narrative of everything they have discussed. 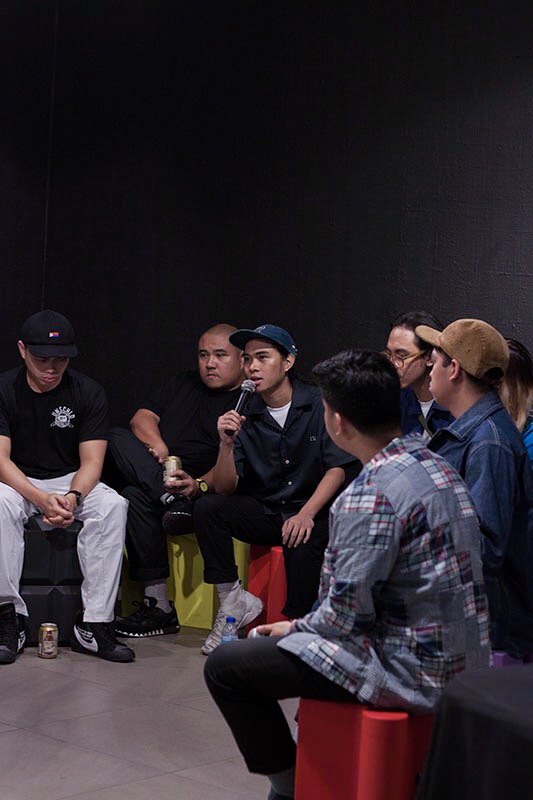 Raniel Moraleta of Wednesday on the mic

“Creative street culture” may sound pretentious, but it’s comprised of intersecting movements of various scenes in Manila and beyond. It’s a lifestyle that’s been creeping up from the “underground” up to the mainstream television, lived by the people who design the clothes worn by celebrities on television and film, the collaborators of your favorite artist, and the people behind your favorite bar and retail spaces to name a few.

It’s a monolithic subculture that’s easy to understand but hard to explain. It was just a matter of time before an attempt to shed light on these people and what they’re doing came to be. And From Within is a formidable attempt, with lengthy conversations with distinguished and respected voices, both old and new, talked about their craft. Included are Rjay Ty of Bawal Clan, Mikki dela Rea of Twelfth House, Ken Yamaguchi of Threedown, and many more. With minimal edits on the conversations with each interviewee, the documentary places importance on what is being said, and who is saying it. Indirectly, From Within makes history by recording it; the documentary brings awareness to the collective and individual efforts of the scenes they participate in. Who would know more about what’s going on than the people involved? 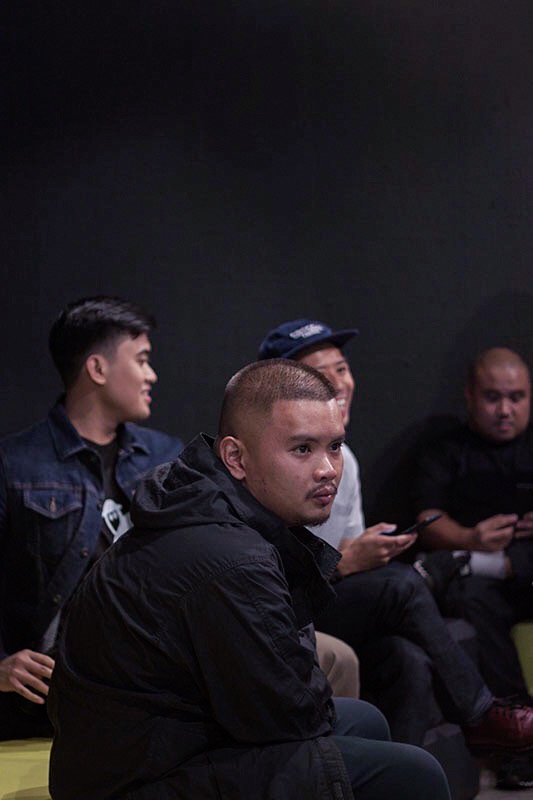 Mong Feliciano of KLTRD and director of “From Within”

The same can be said with the people working on the documentary. We talked to Mong Felicion, co-founder of independent brand KLTRD and director of From Within about his passion project.

Will the documentary be posted online?
We are currently arranging a YouTube release within the first quarter. This will include the panel talk footage and full interview of each individuals involved.

As the director, what did you want to achieve with this documentary?
When we started this project, all I wanted was to inspire this generation of creatives and the future. Initially this documentary was about KLTRD, but that felt too self-absorbed. That’s when I had the perspective to talk about the brands and individuals who inspired us along this journey. The goal is simple: Not just to showcase but to educate, to show history and “to inspire” 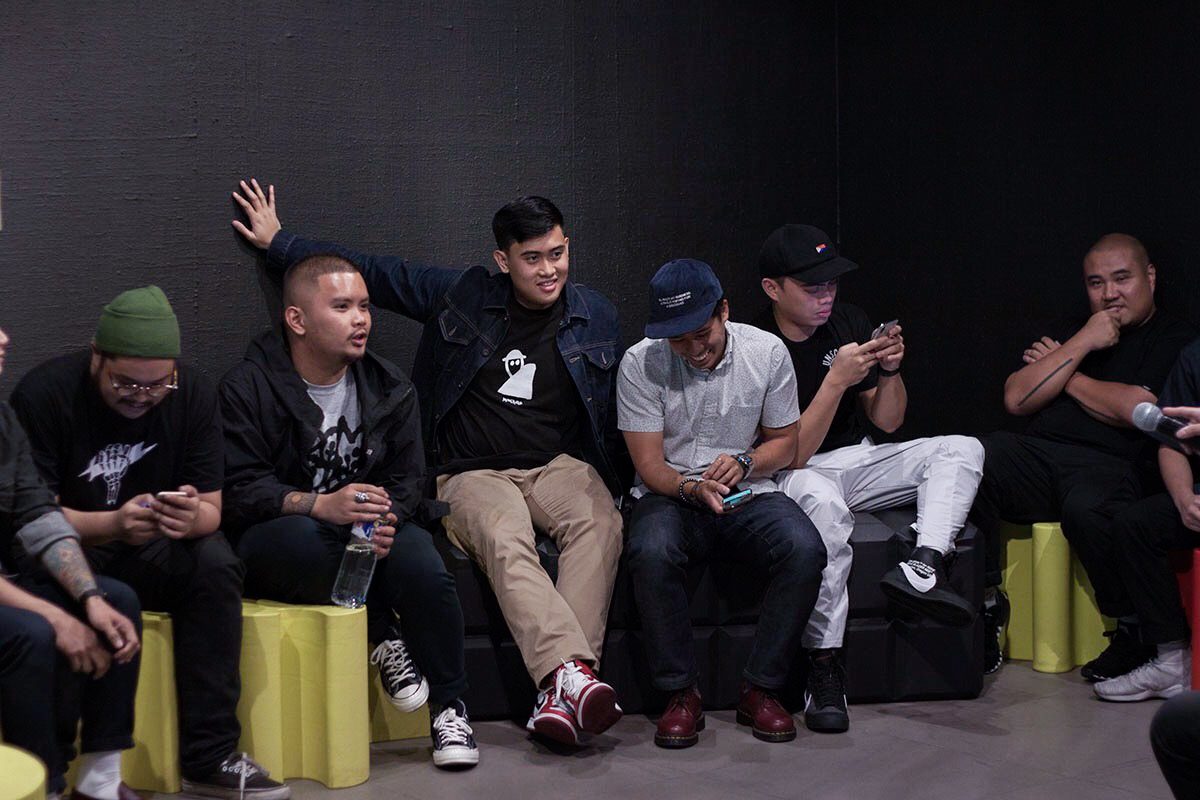 Finn of Nobody, Mong Feliciano, Van Valdez of Tenement, Enki Encarnacion and Julo de Guzman of UNSCHLD, and Raymund Punzalan of Team Manila

During the launch, there was also a panel talk between some brands, both young and old.
The panel talk was initiated by Van Valdez of Tenement, Finn of Nobody also assisted us to curate the brands we can include in the panel. The goal for me is not just to celebrate the brands, but to assist each other in building our own brands to improve the quality and curation of each brands. The panel talk, like the documentary, also aimed to inspire.

Do you have any favorites from the interviews you had for the documentary?
I think Brian’s (the maverick/ folk 1106) statement about doing the work from the ground up. That turning point in his life which made him decide to be great. Finn of Nobody about “telling stories na totoo para sa brand niyo” and Lynyrd Paras’s concept of art “kung paano nagiging isa ‘yung gawa mo at tsaka ikaw individually, finding your own style.” They inspired me to push through with the documentary. 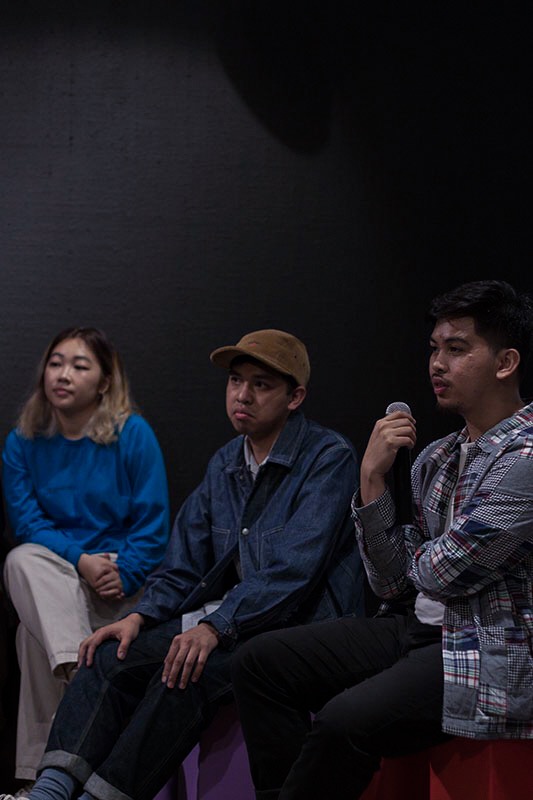 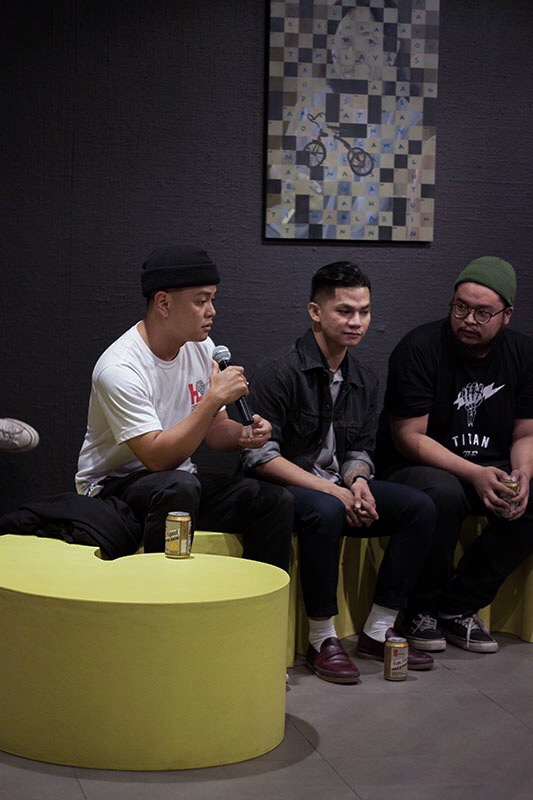 How many of you worked on the documentary and for how long?
Vision ko na ‘yung documentary noong December 2017, after ng third year anniversary namin for KLTRD. I thought that I want to do something that can impact this community, inspire them, and give them an insight on how this all started. While I was busy with my day job, video production gigs, PURVEYR Post, and KLTRD, hindi ko siya maalis sa utak ko. Then, Tom Huang and Nuk Romualdez of TRUTH asked me if we can do a project together. I immediately agreed and explained to them what kind of shit we were into and that’s how it all started.

We started the series of interviews, I think, early August 2018, starting with the closest people that inspired us then willing people that didn’t know me that much.

Lynyrd Paras co-produced the film with me. Since it is an independent project with a limited budget, we needed to work with what we have with Tom, Nuk, and myself doing the interviews for four months 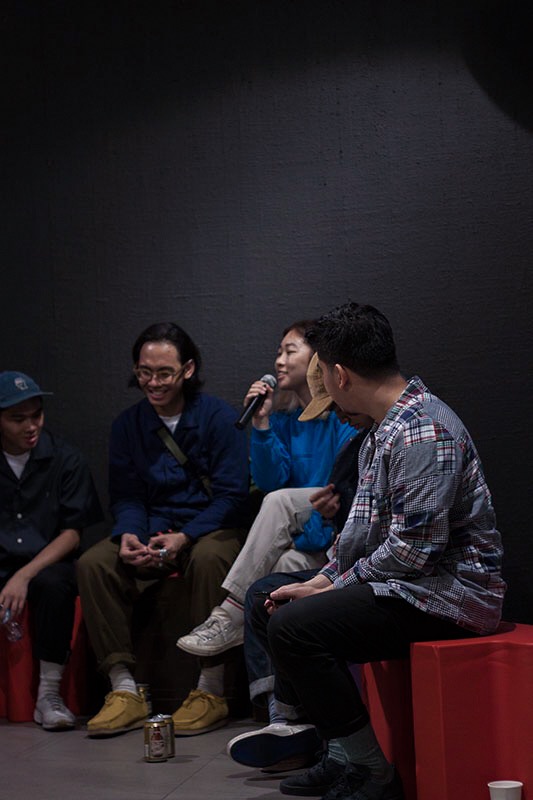 Kat Crisostomo of The Starving Artist sharing during the panel talk. She is the only woman in the panel.

Six the Northstar created the OST for this film, Finn of Nobody created the initial poster with Enjoy’s handstyle, MOJO of KLTRD helped me with the visuals. For post-production, Miguel Pablo is our main online/offline editor while we help each other trim the footage for one month. Ken Yamaguchi of Threedown contributed B-rolls from past events in Cubao, music videos, and skate promo videos. Raf Camaclang of KLTRD helped us with the voiceover. Klarisse Cortes assisted us on shoot days, while Big Boy Cheng provided the venue for the premiere. We received a lot of help from people of Cubao, Escolta, and Makati, from sourcing sponsors for the event and the underground things we had to do to achieve the end product.

From Within will have film screenings in various areas throughout the year. Check KLTRD for more information.

Photography by Robert Pabiling
[Editor’s note: the writer and SCOUT are included in the documentary.]

There are several reasons zines have experienced a resurgence. It could be our...