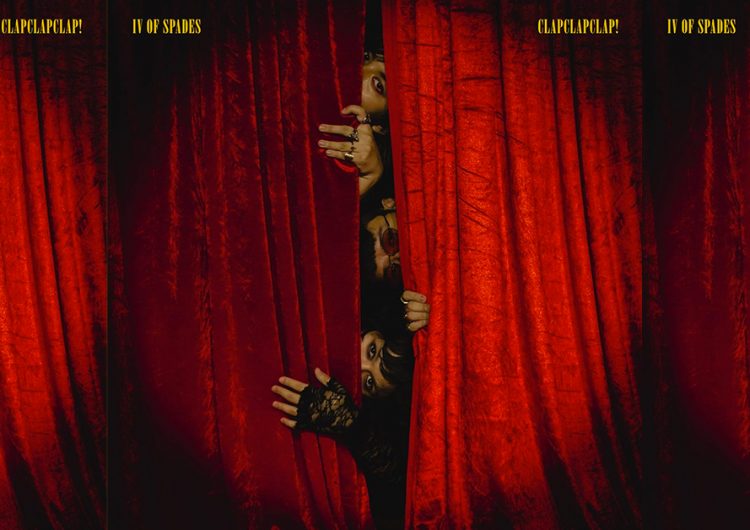 There really was no harm in piling up our predictions into one plate—we were right when we thought IV of Spades would rattle our midnights with some new sound again. However, this time it’s better; we finally have a full album to feel.

The band’s social media accounts broke the interwebs as they broke the news today: their first-ever album ‘CLAPCLAPCLAP!’ has finally been brought to Spotify, Apple Music, and the iTunes Store. With 15 tracks containing our old favorites and fresh releases, we’re definitely ready to carry IV of Spades’ music in places we’ll go to this 2019.

Some of the tracks include “Bawat Kaluluwa” that sounds like an echo from the past; a sad ode to growth we want to get nostalgic over. The teases and drops of mischief in “Come Inside of My Heart” creep in its melodies and strums. “I Ain’t Perfect” makes you want to share earphones with someone just so it doesn’t burst too much, but then there’s “Dulo ng Hangganan” which resonates the battles of our minds.

All in all, the whole album just makes us want to dance or headbang or both. Maybe pull the curtain from IV of Spades so they can join the fun, too.

SHAREWhile most of us are hunkered down in self-isolation, we’ve taken refuge in...

SHAREOne thing I missed this year is going out for concerts and catching...