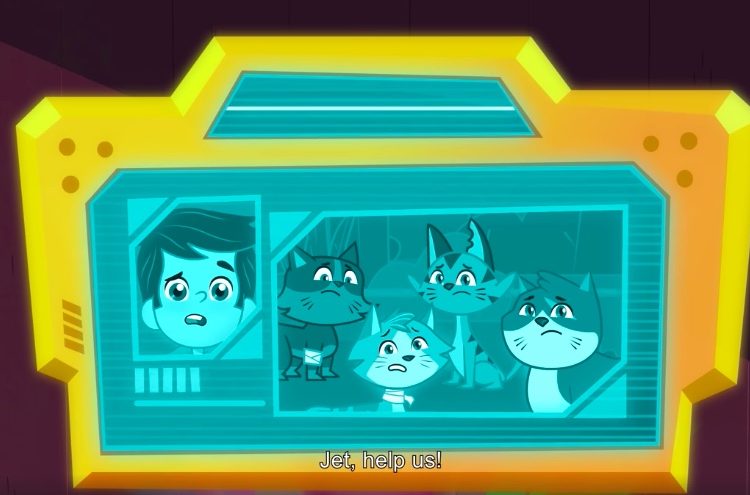 If you need a heavier nudge to see how our creative industry is still in bad shape (in terms of how it’s being treated), look no further than animation.

Back in 2015, the Philippine animation industry called for additional assistance to the government—this means both fiscal and nonfiscal incentives. Animation Council of the Philippines president Juan Miguel del Rosario urged for a more active promotion of the industry, so that we would be visible enough to branch out even outside the country.

But although we’re currently a big outsourcing cohort—with our artists working on Hannah-Barbera, Disney and Pixar—what we also need is our own animators doing our own stories. ACPI believes that encouraging original content can strengthen the industry, according to a 2017 article by The Guidon. Working for foreign companies offer larger profit, but this discourages our local animators from producing narratives we can call our own. So, what happens? According to a study, this bigger devotion to outsourcing “creative” work can disrupt the industry’s growth towards higher value work—affecting conceptualization.

That’s why we clink our glasses to every milestone—like iWant’s first animated series “Jet and The Pet Rangers.” A recent big leap for the industry, this Studio Nonego-produced series dealt with layers of make dos.

“For ‘Pet Rangers’ to happen, there had to be some compromises: operating with a very small team, multi-tasking and intense deadlines. That’s on top of the fact that everyone is new to creating original animation, including myself,” director Patrick Apura narrated, citing concerns regarding time and money. “In the end though, every single person bought in. We were lucky that iWant was extremely supportive all the way through. It’s easy to work with them.”

Infused with a solid production design, slice-of-life dialogue and a punch of 2000s educational kids’ show vibes, “Jet and The Pet Rangers” follows the misadventures of a young boy named Jet. He comes to terms with his own coming-of-age when he’s with his house pets—Liksi the dog, Tiyang Manok the hen and Gigi the goldfish—who all turn into superheroes when their own radar detects a call for help. Thanks to the magic star, of course. In this world, they make sure to carry respect, teamwork and empathy like a badge.

We talk to Apura about how his family’s own puppy gave birth to the idea, the show’s hopeful role to today’s kids, and his wishes for the Philippine animation industry.

“Jet and the Pet Rangers” is the first iWant animated series. Can you tell us how this project started?
Two years ago, me and my wife/creative producer Dwein Baltazar were both invited to pitch for iWant. Around that same time, we had a newly adopted shi-poo puppy at home.

Tending over the pup cost me some irritable, sleepless nights. One afternoon, I found myself asking a silly question: Do I deserve to be this pup’s new “dad” over its real one? Funny as it sounds, that question triggered two animated concepts. Both were stories centered around adoption, belongingness and a new family. “Pet Rangers” became one of them. iWant was enticed about the fact that they never had an animated series for kids in their platform.

Worth noting: Dwein presented “Past, Present, Perfect?” during the pitch.

Read more: ‘Past, Present, Perfect? made me feel understood as a writer with big dreams

Can you tell us more about the team behind this show?
We built the team from the ground up upon project approval.

Mark Raywin Tome wrote all episodes. We knew him from the Ricky Lee workshops and he was the best candidate, being a children’s book writer. Dwein always wanted to work with Wapak so they did our sound along with Len Calvo for the music.

Voices were recorded by professional voice actors known for Tagalizing popular animes and cartoons. All pre-production art, animation and post-production were made by freelancers with international animation experience mixed with Nonego’s core staff comprised of fresh but promising art graduates.

Why did you choose to zero in on the concept of superheroes in this series?
“Pet Rangers” is about a boy named Jet who lives in a secluded provincial town with only house pets as friends. Whenever an animal is in trouble, they magically transform into heroes and save the day. Through this simple concept, we want to communicate to Pinoy kids that it only takes their imagination to become whoever they wanted to be.

Local kids’ content is in very short supply. We want to use the opportunity to create a character they can look up to.

What does animation in the Philippines need to move forward?
The only way for the industry to thrive is by animating our own stories. If we can produce a sizeable amount of quality animation and show a plethora of ways to tell stories, opportunities will surely open up until the industry learns how to sustain itself.

Stream all episodes of “Jet and the Pet Rangers” on iWant.

Read more:
You can watch these 7 animated shorts right now
This Studio Ghibli animator’s secret to success is empathy
‘The Midnight Gospel’ is not just ‘Adventure Time’ for adults