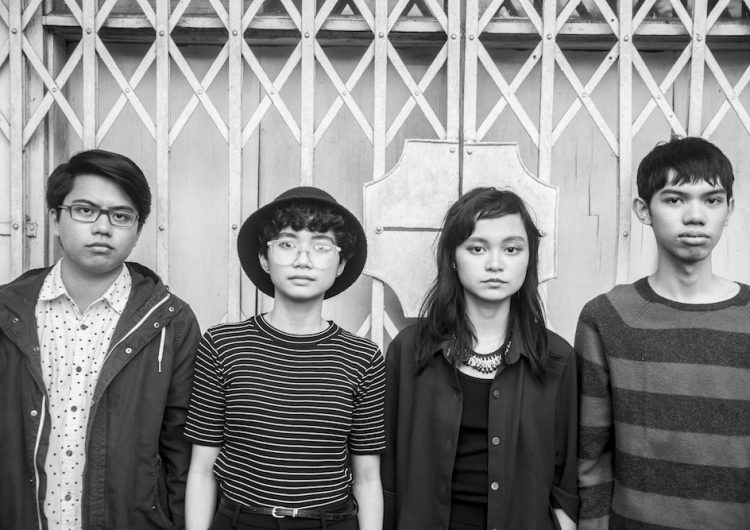 Ourselves The Elves’ music has always reminded me of safe spaces. Building them on my own, even. I first chanced upon their music back in college, and adding the whole of their Geography Lessons EP to my playlist was an easy decision. Since then, I became accustomed to listening to their tracks–running around garage-folk and psychedelic–whenever I had to endure hell weeks, refuel my sanity, or allot some sweet, sweet time for myself.

If you’re like me whose wish has been to hear more from the band, well, we’re finally having it. On Feb. 23, the four-piece indie outfit announced their thrill in releasing their first-ever LP entitled Self is Universe. Among the tracks listed are interrogative, hard-hitting “Wounds,” sway-inducing, tropical-like “D.I.C.K. (Daddy Issues Cursed Kids),” and “Okay Okay I’m Wrong I’m Sorry,” a familiar tune you might have paired with Felix, Magnus, and Maxim’s story in 2 Cool 2 Be 4gotten, a film by Petersen Vargas.

Other spins under the 13-track lineup include “Waltz Disney” and “That 70s Song,” among other quaintly-named ones. We have yet to know how these upcoming tracks sound like on the album’s release party slated on Mar. 16, Saturday, 8. p.m. at One Two Three Block in Pasig. As stated on their Bandcamp page, the album will tackle our “inner world and the universe around it”, which encompasses familiar matters such as “empowerment and abuse, sobriety and overindulgence” and even “waywardness” and “a sense of home.” Pre-order the digital album here.

Arctic Monkeys is coming to Manila. Take this as a sign to finally...