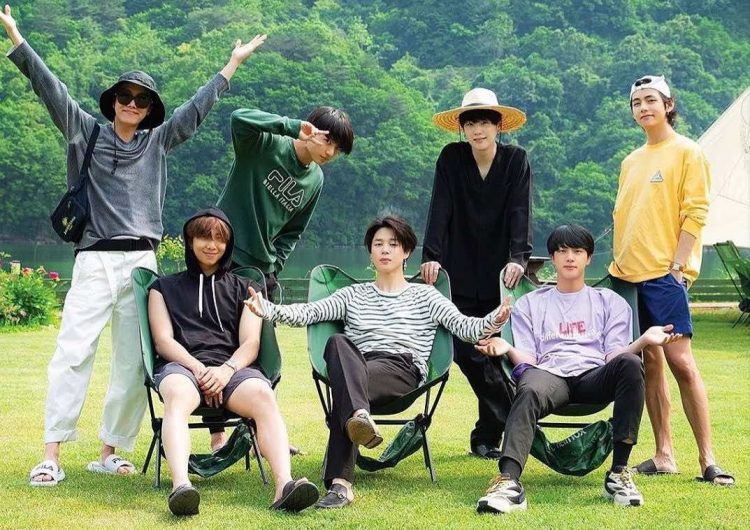 What’s better than a reality show on everyone’s favorite K-pop group BTS? BTS surrounded by nothing but the great outdoors, of course.

Revealed two days after their upcoming single’s announcement, the Bangtan Boys are heading into the woods in “In The Soop” (which literally translates to “in the forest”). Don’t expect the glitz attached to most celebrity reality shows—BTS’ latest gift to the Army will follow the group as they wander around South Korea’s woodlands, doing stuff “somewhere in between everyday life and leisure.” Glamping? Never heard of it.

“I think we’re able to show our natural selves,” says V, which he might mean literally.

The seven members will each be doing their own thing with different activities, although they will be spending time together in the same location. Plus points: With minimal communication with the production staff, the boys will host the show themselves à la the camp side of YouTube.

“In The Soop” will consist of eight 60-minute episodes, with the first episode premiering on Aug. 19. New episodes will air every Wednesday at 11 p.m. KST (that’s 10 p.m. Philippine time) on the JTBC network. Viewers can also head to BTS’ Weverse community starting Aug. 20 at midnight KST for extended 80-minute versions of the episodes and several BTS (behind-the-scenes) clips of, well, BTS. Not quite the “Survivor: BTS edition” of our fantasies, but hey, we’ll take it.

Watch the teaser below.

SHAREEzra Miller is, aside from being a beautiful creature, a multi-talent. He is...

SHAREHey gamers, here’s a little something to make your weekend sweeter: Far Cry...