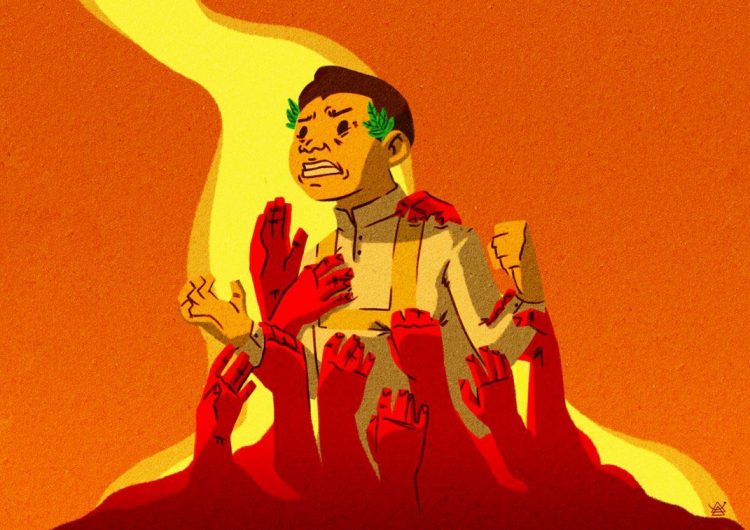 The Supreme Court might disagree, but the Filipino subject is one of the last lungs of our national identity. What Tanggol Wika (Alyansa ng Mga Tagapagtanggol ng Wika Filipino) said last year was true—removing it from the college curriculum is like cultural genocide. As bad luck and poor decision-making would have it, the future generations got robbed of the chance. Now what?

This is not the end-all be-all, but let’s trace back to when studying Filipino was at its peak for most of us: high school. Aside from bouts of sabayang pagbigkas practice hours, heated Balagtasan contests and countless plays recreating iconic “Noli Me Tangere” and “El Filibusterismo” scenes, the subject propelled our appreciation for Philippine literature. This was through the award-winning Filipino short stories we were tasked to read—and most importantly—analyze. Admit it: You enjoyed it.

Now, with Bob Ong’s thriller novel “Ang Mga Kaibigan ni Mama Susan” and Ricky Lee’s short story “Servando Magdamag,” turning into films soon, we’re pumped now more than ever. What if we give the same opportunity to the stories that grew up with us? Here are award-winning stories written by Filipino authors that we want to see onscreen—whether as a show or a movie. It’s the spotlight Philippine literature deserves.

For a story that occurs in just one afternoon, “Ang Kalupi” twists our heads in unapologetic 180-degree fashion. While buying a graduation gift for her favorite kid at the market, Aling Marta finds out that her wallet is missing. As she feels her pockets, a scene from minutes ago replays: A young boy—wearing grubby jeans and a torn shirt—bumped her on the way. Well, that’s what’s going on in her mind at least. But we could tell you it was purely an accident.

You could guess what happens next. Aling Marta storms off, confronts the kid and threatens the life out of him. It was probably the most stressful four (or five or six) hours of their lives. But the wildness of this story isn’t just rooted in its plot twists. It’s also in the hard truth it offers to the readers because, yeah, we’ve all judged each other a little too much. But “Ang Kalupi” tells us that empathy should win over. Society’s prejudice about the lower class is more horrifying than we think.

I don’t know about you, but the quaint title of this Palanca Award-winning piece conjures the visual of many, many colors. It’s a happy story for sure, right?

Don’t make assumptions yet until you meet this young girl. In her class, she’s often quiet and alone. Her classmates dread how she wears the same clothes and doesn’t bring food to school. The teases grow louder and louder. Eventually, she decides she’s not having it anymore. Then, surprise, she tells her classmates she has 100 clothes at home. They believe her. Vivid and powerful, this story tackles the helplessness of those who are discriminated against.

Before all the hit Wattpad fics and digestible internet meet cutes, there was “Dead Stars.” An OG reading material in schools, this story gives a detailed depiction of how love, relationships and fidelity played out in early 20th century Philippines.

Descriptive and reasonably frustrating, this story shows us how people can grow bad when stuck in fantasies and illusions of love. Because of this selfishness, people can be trapped in timelines they shouldn’t stay in—and eventually ruin what they have in the present. This story written in 1925 ushered in an era of Philippine lit writing in English. Aside from that, this was also used as an early feminist material as it tried to defy the stereotype that men are more strong-willed and women are more emotional.

Read more: Remember when Wattpad made us all writers?

What’s in a farmer’s life? “Ang Pamana” follows the story of farmers Mang Karyas and Aling Asyang and their son Kiyel. Its clever pacing makes way for vivid details, making us flies on the wall of the family’s tale of hardships in the fields. Like sticky notes posted all over the house, Mang Karyas and Aling Asyang repeatedly tell Kiyel not to be a farmer when he grows up.

Eventually, Kiyel gets the privilege of graduating with a college degree. When he’s set to come home to his hometown and meet his parents again, Mang Karyas is on the edge of his seat wanting to see how Kiyel finally made it in life. However, hell breaks loose when Kiyel reveals he took up agriculture. Painful and raw, this story highlights how farmers in the Philippines are unrecognized and deprived of a good life.

Quite ironic how the backbone of our nation’s economy is experiencing the most difficult state. Quite horrifying how this story from decades ago still mirrors the present.

But even though the issues depicted in classic literature remain today, we shouldn’t forget that there can be a redeeming curve in the end. And we can’t wait to see that onscreen, too.

SHAREIf you’re stuck at home with a need to fill up your socialization...