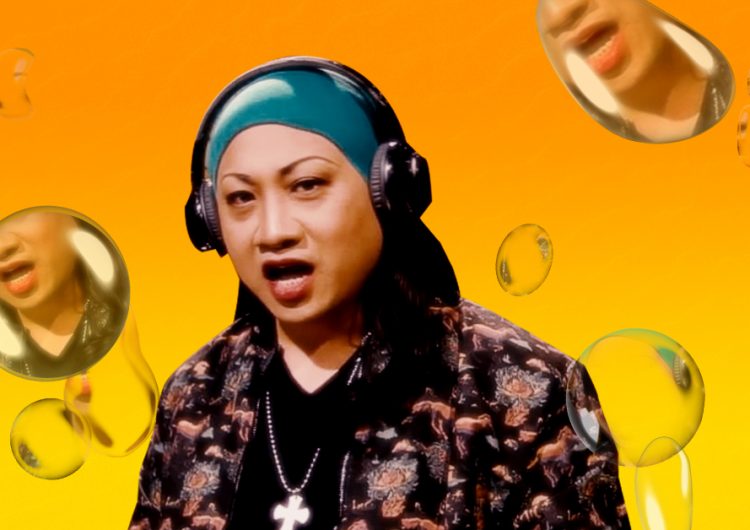 What’s better than a chart-topping bop? A ridiculous parody of it, obviously.

When it comes to song parodies, the quintessential Filipino comedy show Bubble Gang has mastered the art. Michael V, also fondly known to the public as Bitoy, can do it all—from Armi Millare’s stoic stare to the autotune stylings of Ex Battalion, he’s got it all down to a tee. Not to mention his talent of being able to always make a food reference, which is a very big, relatable plus in our book.

Michael V is a true artisan and Filipino treasure, in our opinion. That’s why, in celebration of his unmatched talent, we’ve gathered our favorite Bubble Gang song parodies that still get us giggling even in public.

When I saw Michael V’s parody on Armi’s “Oo,” I immediately thought of how most of the songs he parodies on Bubble Gang are often related to food. As if I were transported back to my grade school days, I immediately thought of his parody of Regine Velasquez’ “’Di na Mag-iisa.” It’s the theme song of GMA’s adaptation of Darna—the Angel Locsin version. Titled “’Di na Magigisa,” the parody takes us in a smoky kitchen where Bitoy basically teaches us how to sauté as a maid who gets overwhelmed by her numerous tasks. When he shouts “Donya” a la Darna, the character transforms into one in a glamorous dress.

I think it’s also important to mention other food-related parodies like “Isaw Na Nga,” a parody of Mulawin’s theme song “Ikaw Nga” by South Border in which Bitoy sings of grilled isaw as pulutan. Then, there’s “Tinda,” a parody of “Sila” by Sud in which Michael V sings about a taho vendor. – Oliver Emocling, associate editor

“‘Wag Na ‘Wag” is my go-to karaoke track. And looking back, this parody made my humor what it is today. Punny and kitschy. – Rogin Losa, editorial assistant

“‘May Isa Na Namang Kumagat sa Alikabok,” a parody of Queen’s “Another One Bites The Dust”

Aside from my PlayStation 1, Bubble Gang on Friday night was the reason for my lost hours of sleep back in elementary. I have never forgotten Bitoy’s parodies since then. One of my personal favorites is “May Isang Kumagat sa Alikabok,” a parody of Queen’s hit, “Another One Bites The Dust.” Heck, they even changed the artist’s name from Queen to “Princess” because “‘di pa kami sikat tulad ng Queen.” The video consists of slow shot paces, old school watercolour-like filters, and very random cuts. Perfectly captures the artistry of the yesteryears. It’s difficult to be both cool and funny. Bitoy is a master of both.

There’s also the catchy “Gayahin Mo Sila,” a parody of Ex Batallion’s “Hayaan Mo Sila,” which I’d like to think is a sarcastic take on the death of originality: “Ang original mahirap, ang manggaya masarap.” I like how Bitoy makes an effort to inject easy-to-digest insight on what’s currently happening. I think I want to go back to watching his parodies at midnight. – Jelou Galang, editorial assistant

“Bumabalik Na Sa Akin Ngayon,” a parody of Celine Dion’s “It’s All Coming Back to Me Now”

“Luha’y naging alikabok, at alam kong mata ko’y tuyo na habang buhay.” I remember knowing every line of this song in high school! It’s actually one of Bubble Gang’s parodies that I forget over time but continue to be amused of whenever I hear it. It’s different from their usual parodies since this is more of a literal translation than something that veers from the subject of the OG song to something comical, like isaw. And their translation of the Celine Dion classic, which I consider as the national anthem for karaoke lovers, is actually good! Very very literal, but good, makes sense, and still funny. – Amierielle Anne Bulan, Nolisoli.ph editorial assistant

SHAREThere’s something interpersonal with Electromilk’s art. As we look closer, the feeling of...