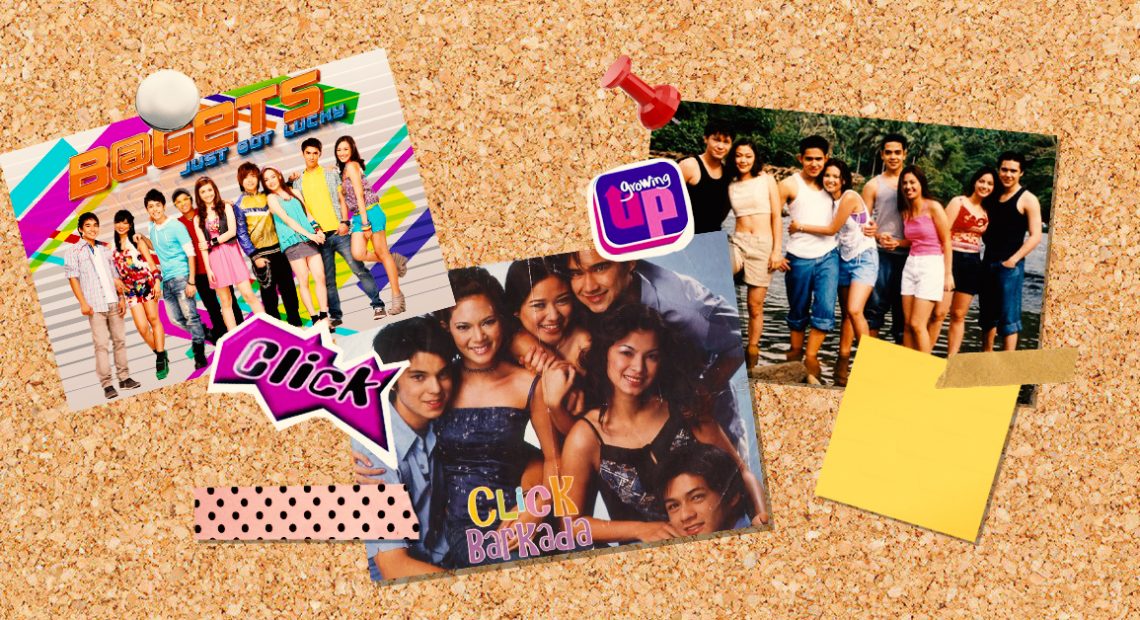 There was a time, not too long ago, when television broadcasting in the Philippines was entirely different from what we have now.

Some 10 or even 15 years ago, Sunday afternoons had a weird appeal for me. The room usually smelled of burnt banana leaves as my mother ironed out our school uniforms. There was a kind of heat that only belonged to those Sundays. And there was a kind of dread that still belongs to Sundays now.

Back then, television networks used to put out a kind of show that appealed to the youth. There were educational programs and Tagalized animes shown on weekday mornings. The first prime time slot belonged to kid-friendly teleseryes—do you even remember Sharlene San Pedro in Calla Lily? And weekend afternoons were for shows that appealed to teenagers.

The type of show, which commonly occupied the weekend afternoon time slot, commonly followed a group of teen barkadas and their struggles as adolescents. Think of it as the teleserye version of The Breakfast Club or Jologs. After the run of one barkada show, you’d expect another program of the same kind to replace it.

It was a constant fixture on television until we lost it silently. Although more young celebrities are emerging every now and then, the teenage barkada show hasn’t seized back its place on local television yet. These newbies often find a place on variety shows, on movies and teleseryes as second leads, and short web series on streaming platforms. And their barkadahan is often seen on Instagram.

We understand that change is inevitable, but we would like to take a glance at the teen barkada shows that graced our chunky television sets in the 2000s.

Before Nadine Lustre was paired up with James Reid, she also went through the teen barkada show. Loosely based on Bagets from the ‘80s, the show follows some a group of students with different personalities from varying backgrounds. Here, Nadine played the role of Georgina, a working student and school leader.

After the remake of Mara Clara, Kathryn Bernardo and Julia Montes reunited as best friends in this show. Growing Up followed their struggles as teenagers in high school. Maricar Reyes played the role of their favorite teacher here who acquired cancer. In order to help her with her treatment, they gathered their friends and raised funds through volleyball competitions to help her. This was also the show where Kathryn Bernardo and Daniel Padilla first paired up.

In the brief time GMA News TV was called QTV11, it was home to a teen show starring Starstruck alumni like Iwa Moto, Gian Santos, and Vaness del Moral as well as newcomers Benjamin Alves and Nikki Bacolod. The show is called Posh. Like many shows on Philippine television. The show, which ran from June to December in 2006, banked on class divide. At school, the posh clique is only for the rich ones. The poor students, on the other hand, were labeled kaposh. 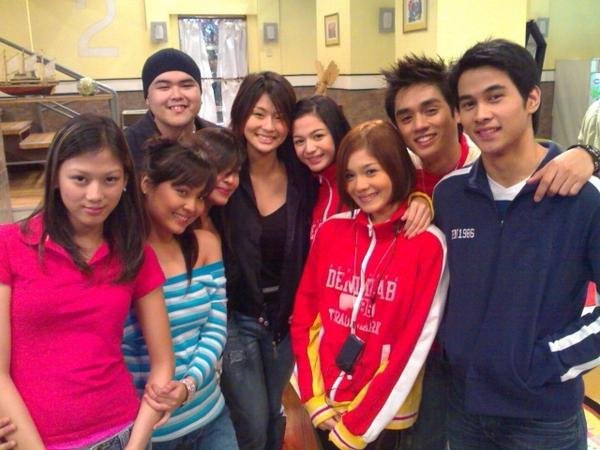 Alex Gonzaga wasn’t always the host, vlogger, or movie star she is now, but she has always had the skills in comedy. Back in 2006, she starred in the college sitcom called Let’s Go directed by Edgar Mortiz. The show had stereotypical characters found in the usual barkada plot. There’s a bully, a shy girl, a jock, a kikay, and more. But what I won’t forget this show because of Bangs Pineda who literally had long bangs then. 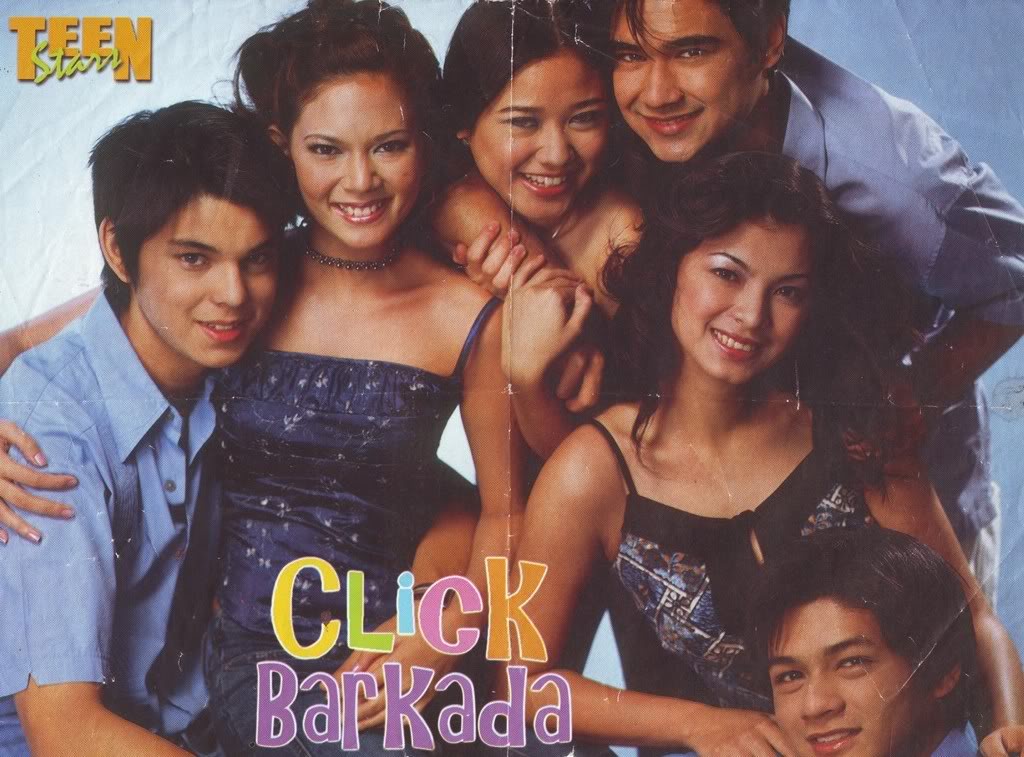 Click is the show that replaced the iconic T.G.I.S. The show ran from 1999 to 2004 with different cycles of faces in every batch. From Chynna Ortaleza, Alessandra De Rossi, and Antoinette Taus along with matinee idols like Cogie Domingo, Danilo Barrios, and Biboy Ramirez, the show became home to new talents like Angel Locsin, Richard Gutierrez, Iya Villania, Drew Arellano, and a handful of Starstruck survivors.

The show even gave birth to a game show called Click Barkada Hunt with one of the mainstay cast members Chynna Orteleza as host. 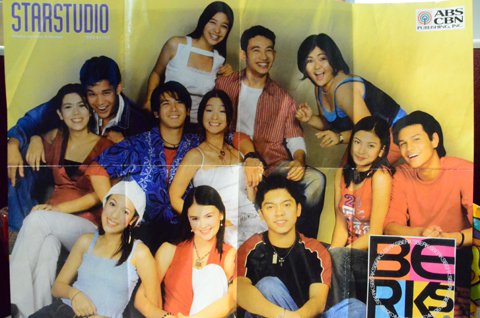 The word “berks” is a play on “barkada.” If anything, the title reflects the quirky nature of the show. The show was on air from 2002 to 2004 with the biggest names in show business back then. The cast includes Angelica Panganiban, Carlo Aquino, Glaiza de Castro, Heart Evangelista, John Prats, and more.

The show starring Piolo Pascual, Claudine Barretto, Diether Ocampo, Assunta De Rossi, and more had the Saturday night time slot when it aired back from 2003 to 2004. Directed by the late Wenn Deramas, the show was about a group of friends whose hangout spot is a restaurant called Buttercup. Among the other shows in this list, Buttercup delved deeper into the struggles of young adults than that of teenagers. With Wenn Deramas as director and Eugene Domingo as a supporting character, the show’s appeal was its humor—and Claudine’s handbag, as Pinoy Exchange users pointed out. 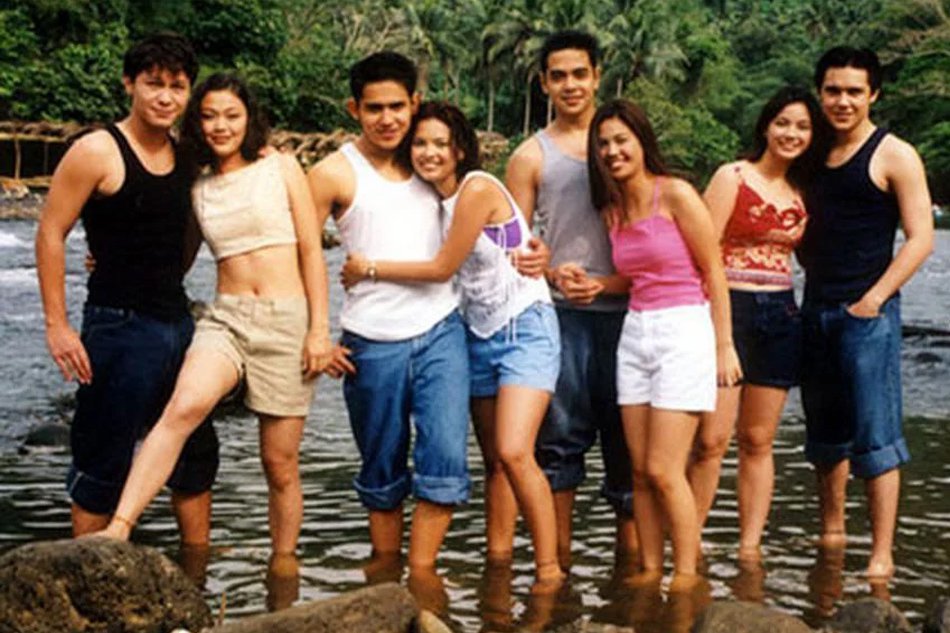 Tabing Ilog is perhaps the most popular barkada show in this list. Often compared with Dawson’s Creek, the show centers on a group of friends who would often hang out by the river to talk about their struggles. The show starred John Lloyd Cruz, Patrick Garcia, Baron Geisler, Paula Peralejo, Jodi Sta. Maria, Kaye Abad, and Desiree del Valle. Running from 1999 to 2004, more actors joined the show along the way including Rafael Rosell, Camille Prats, and Mylene Dizon. I can’t really remember much about the show, but this thread just proves how big Tabing Ilog is for many Filipinos.

SHAREｙｏｕｎｇｓｌｅｅｐｙｂｏｉ’s music is what his name implies: relaxing, spaced-out beats that rides your...

When it comes to the rap game, put your bets on Bawal Clan’s...