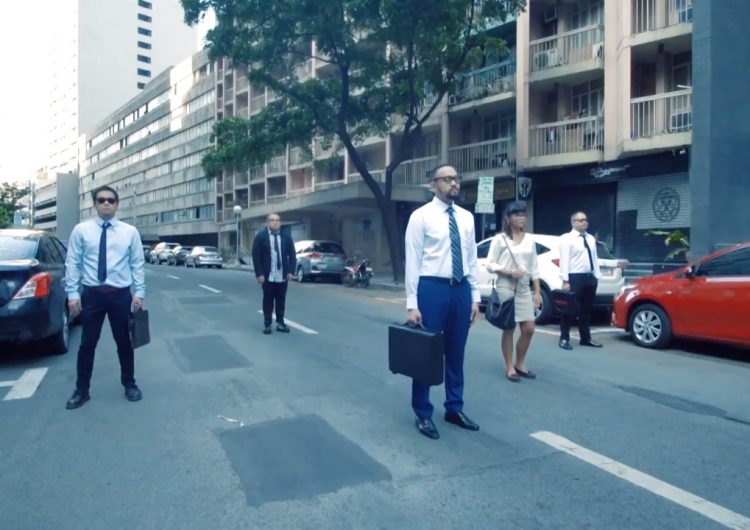 Attention: Assembly Generals wants everyone to wake the eff up this year, and we’re all for it.

Last Jan. 13, the hip-hop collective dropped their first release of the year with a music video to “Kulog”. The visuals, also shot and directed by Assembly Generals, feature a rare sight of an empty Makati CBD, with the group walking down its streets as buildings bounce to the beat.

“Gigisingin ng kulog ang mga sadyang tulog / Yayanigin ang palingid; ang sahig mangangatog,” sing MCs Peaceful Gemini and Switchtrik, clad in corporate attire. The video seems to allude to the everyday working class, forced to be consumed by nothing other than work and the hustle.

The track is a single off their latest album “Fatigue”.  It’s a timely message to wake up to the realities of society, which also lines up with their entire album’s theme of social commentary and refusing the culture of indifference.

The willfully ignorant won’t be able to stay that way for long, because artists like Assembly Generals will make sure you hear the truth—and in a catchy hook, too.

SHAREOh, how the tables have turned. Following the group’s denial of a reunion,...

SHARENadine Lustre’s new film Ulan has been piquing our interest since the first teaser dropped...