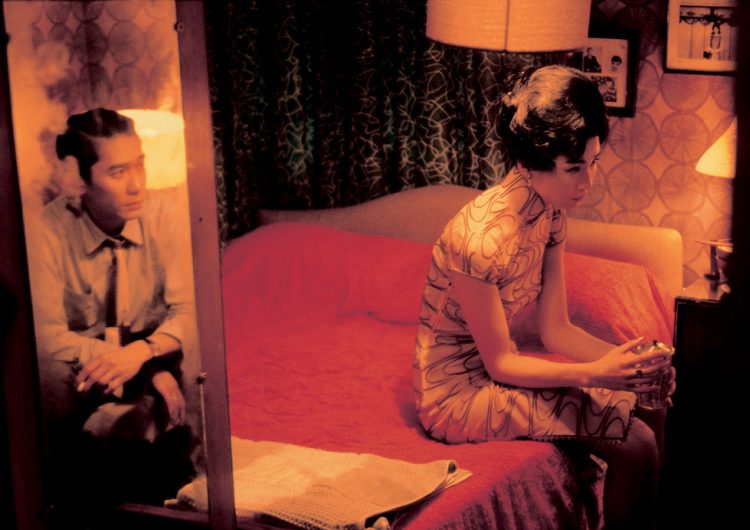 Our favorite Hong Kong filmmaker Wong Kar-Wai is working on a new film. The director has finally confirmed this news at the Hong Kong Screenwriter’s Guild, according to lifestyle website Coconuts Hong Kong. And here’s why we’re even more excited: The upcoming film titled Blossoms is tied to In the Mood for Love.

Are you ready? ‘Cause we’re definitely not.

“I’ve filmed a lot in Hong Kong. I’m from Shanghai, and I’ve never filmed in Shanghai, so I wanted to give it a try,” the director told Coconuts. “Blossoms would be the third part of In The Mood For Love and 2046.”

Blossoms is an adaptation of the 2013 novel of the same name by Jin Yucheng. The novel follows the lives of three men from 1960s to the 1990s in Shanghai with some scenes in San Francisco. “Through alternating chapters focusing on their youth (1960s) and adulthood (1990s), readers are given vivid accounts of how the characters’ lives, personalities, and socioeconomic situations changed along with the city in a turbulent political era, followed by a subsequent period of massive economic growth,” That’s Magazine describes the novel, which started on an online forum.

Wong Kar-wai announced his new film BLOSSOMS as a part of trilogy with In The Mood For Love and 2046. He said he has prepared the script for last 4 years and he’s ready to shoot in the end of this year or beginning of next year #WKWisback pic.twitter.com/d73Cueo39a

Since this is related to In the Mood For Love and 2046, does this mean Tony Leung, who played the character Mr. Chow in both films, will be part of the film? “If he can speak Shanghainese, then sure he can,” Wong Kar-Wai said. “No actors have been cast yet, and they need to be able to speak Shanghainese.” Well, I just hope Mr. Leung does speak Shanghainese.

The adaptation, according to a 2017 IndieWire article, has been in the works for two years already back then. “I’ve been working like an architect and a historian because I have to restore and rebuild the San Francisco Chinatown and part of Shanghai, which doesn’t exist anymore,” he told the film website. This means it took the director four years to finalize the project.

This also seems like a project that’s very close to the director’s heart. “Shanghai is my hometown and the time that the book describes is the time of my absence from Hong Kong because I went to Hong Kong when I was 19, in ’63,” he told IndieWire. “I hadn’t been back to Shanghai until the early nineties. This is my opportunity for me to fill in all the things that I have missed.” According to Jin Yucheng, Blossoms also reminded the director of his siblings’ experiences.

There has been no news yet about its release, but it’s set to begin production by the end of the year or early 2020. Now, we have to wait for a while before we see how this figures into the In the Mood for Love saga.

Still from In the Mood for Love

SHAREIt was during my last year of college when I braved through the...

SHAREThis is based purely on personal observation so I can’t speak for everyone,...

SHAREOur generation’s ‘20s are off to a fucking insane start. A lot of...