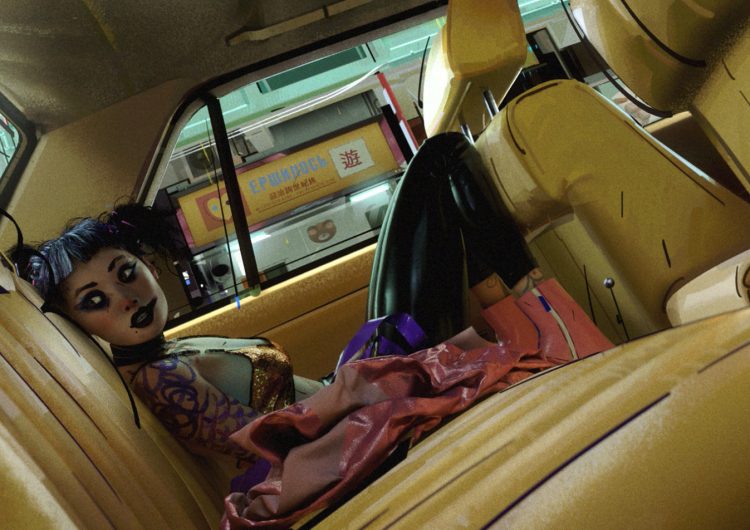 In case you missed it, Love, Death & Robots is an anthology of animated shorts all involving—you guessed it—love, death, and robots. It’s finally out and we know everyone’s excited to binge watch, but before you do, you might want to check out our handy dandy guide first.
We’ve watched each episode for you guys (and okay, maybe for our sake, too) to inform you about three crucial things: how NSFW it is, if there are any triggers you need to avoid, and if it passes the Mako Mori test, which is a media test originating from Tumblr a.k.a. the mother of all cyberknowledge. It has three checkpoints: namely, if there’s at least one female character, if she has a narrative arc, and if it doesn’t revolve around supporting a man.

We’re also throwing in a quick review in case you care about what we think. If not, well, we had fun either way. Well, except for the parts depicting female objectification and entertainment violence. Anyway, happy binge watching! 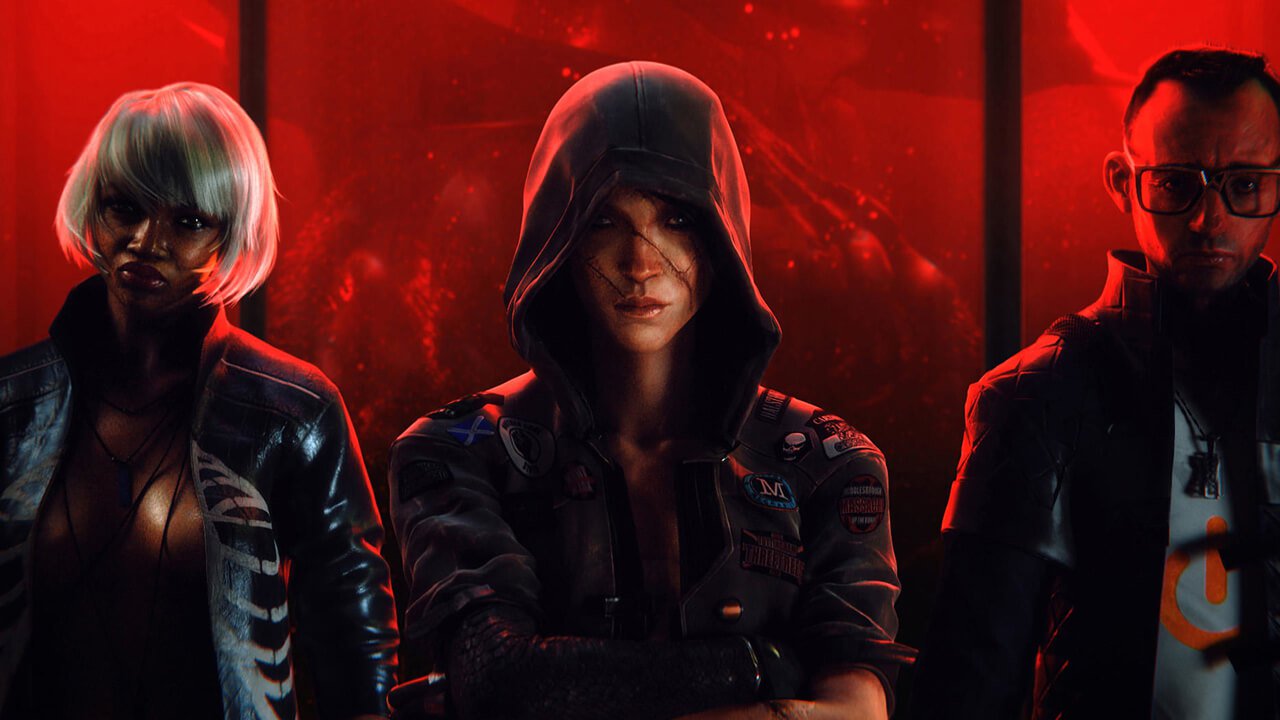 Quick review: The animation’s just as killer as the story. I mean, seriously, the story involves a whole lot of violent killing. The protagonist’s badass, but do her nipples really have to show that much?
Is it NSFW? Oh yeah. There’s quite a raunchy almost-sex scene. Breasts and inner thigh will be shown.
Trigger warnings: There’s discussion about rape. There’s also some intense gore.
Mako Mori Test result: There’s two women, and the female protagonist has her own narrative arc. It passes in that sense. But I do want to question why the women seem to be sexualized by what they’re wearing.

Quick review: I’d rank this an adorable/10. The animation’s cute, the characters are cute, and the comedy is adorable.
Is it NSFW? Nope! It’s the opposite of NSFW. I mean, there’s cats and a robot that’s descended from a baby monitor.
Trigger warnings: There’s a skeleton hanging from the ceiling in one scene, but otherwise, we’re safe here. Not unless post-apocalyptic landscapes freak you out, but even then it’s pretty tongue-in-cheek.
Mako Mori Test result: There aren’t really any humans in this episode, so there’s no women and it doesn’t pass in that sense. But there’s no men either, so it’s fine. We love this episode.

Quick review: The art director of this episode is the same dude who did Spiderverse so yes, the animation is freaking good. Story-wise, there’s mystery, there’s intrigue. Also, boobs. (Sigh.)
Is it NSFW? Hell yes! There’s a full minute and a half at an adult show. Full vag and boobs will be on display.
Trigger warnings: The scenes are very unclear and shaky, but there’s graphic domestic violence.
Mako Mori Test result: The protagonist is a woman, but she’s unnecessarily naked. All. The goddamn. Time. 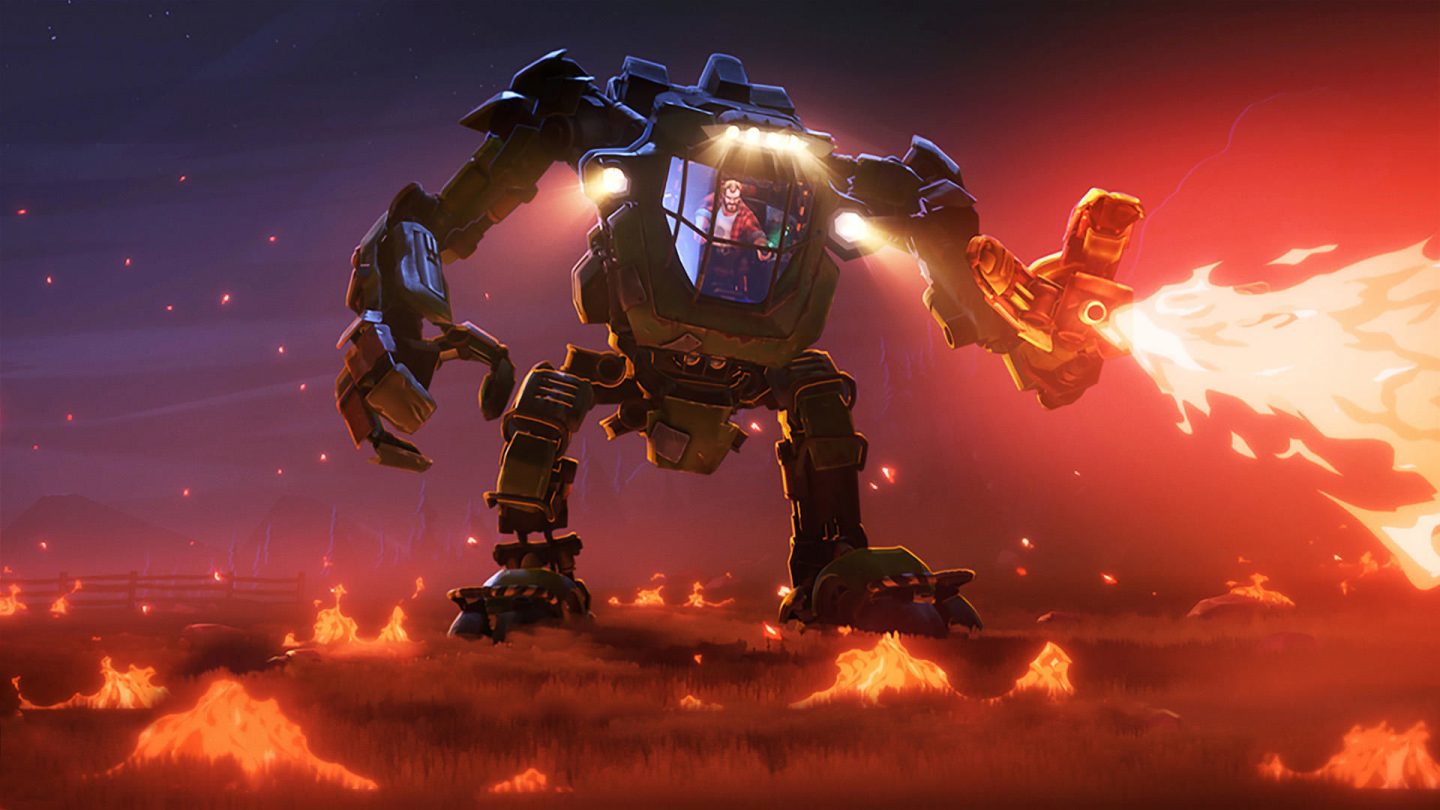 Quick review: Animation is stellar, as expected. Reminds me of Telltale’s The Walking Dead game. Watching it, I may or may not have shed a tear. It’s a great action episode.
Is it NSFW? No. Expect to have your eyes glued to the screen though, so I wouldn’t recommend watching it at work unless you want a disciplinary warning.
Trigger warnings: None. Yay.
Mako Mori Test result: There’s more female than male characters, and they’re all strong (non-sexualized, hallelujah) warriors. It’s a big, feminist yes for me. 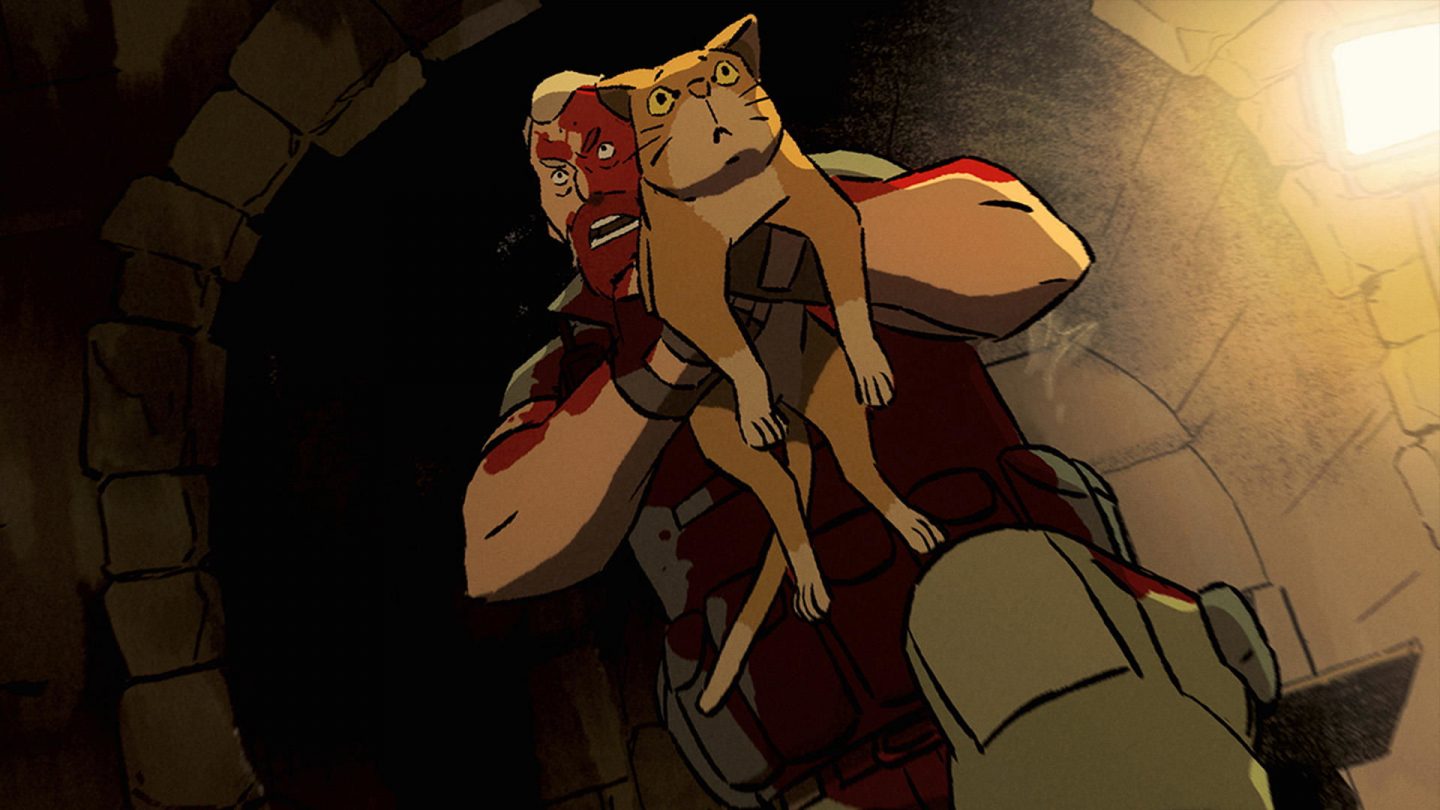 Quick review: It’s like a comic book come to life, I love it. This one’s one epic monster chase with delightfully urgent scoring and a good sprinkling of humor.
Is it NSFW? It’s very graphic about the violence.
Trigger warnings: It’s actually pretty gory and there’s a lot of blood, but the animation is comical enough that I personally don’t find it bothersome. Still, heads up.
Mako Mori Test result: There’s one female soldier, but she doesn’t have her own narrative. I’ll let it pass though, since no one really has much of their own narrative arc.

“WHEN THE YOGURT TOOK OVER” 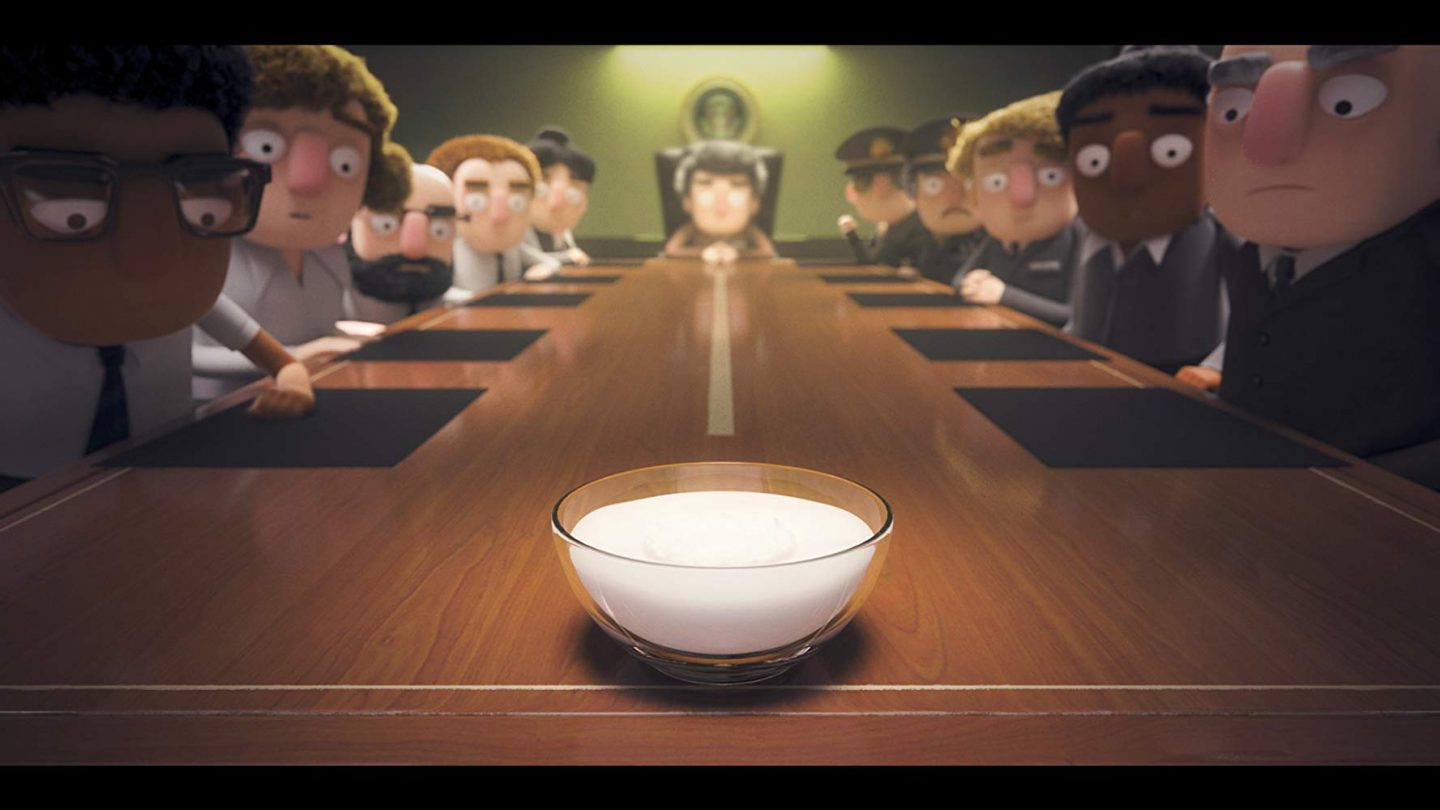 Quick review: The detail in the animation is amazing. The story is even BETTER. The moment the episode started opening up with yogurt puns, I knew this was a gem.
Is it NSFW? The title is pretty self-explanatory. There isn’t really anything NSFW about yogurt, and same goes with this episode.
Trigger warnings: Nothing. Well, if you’re lactose-intolerant, the idea of sentient yogurt dominating the earth might be uncomfortable for you?
Mako Mori Test result: It doesn’t really pass. But come on, it’s a story about a dairy product.

“BEYOND THE AQUILA RIFT” 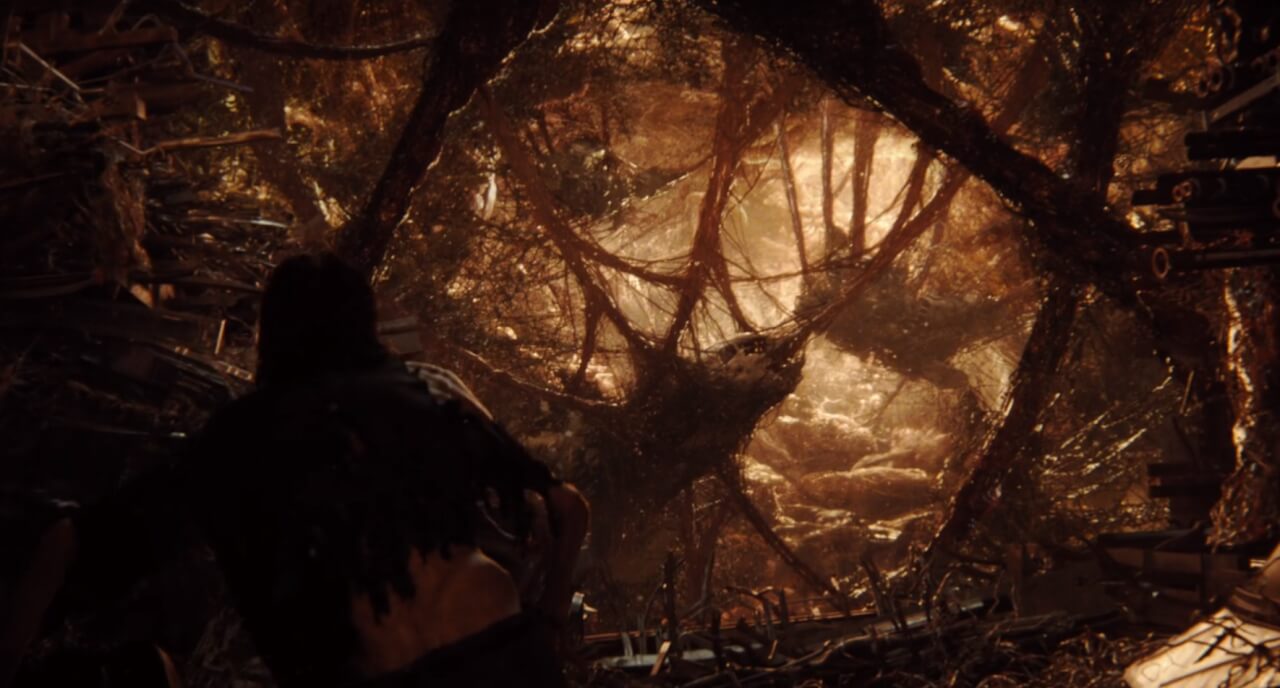 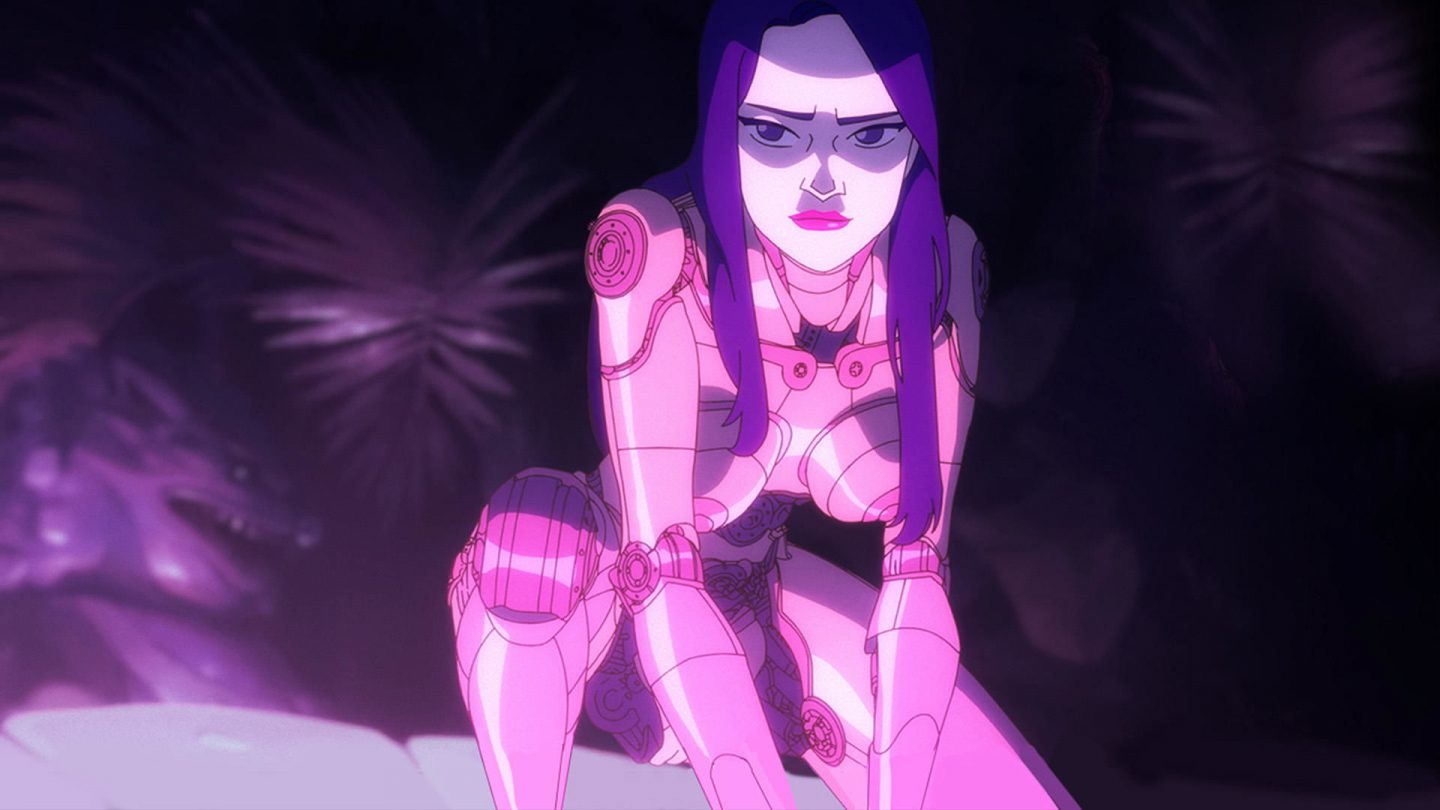 Quick review: By far, my most favorite. Explores Chinese mythology to gender politics to colonialism. As a post-colonial Asian, I really felt this one.
Is it NSFW? Yes, there’s nudity. This episode uses it substantially though, because surprise, surprise—the female physicality is more than just a sex object. *side eyes to other episodes*

Trigger warnings: The episode touches on rape and depicts female violence.
Mako Mori Test result: There were two female characters, and their arc was complex and incredibly powerful. This one passes with flying colors. 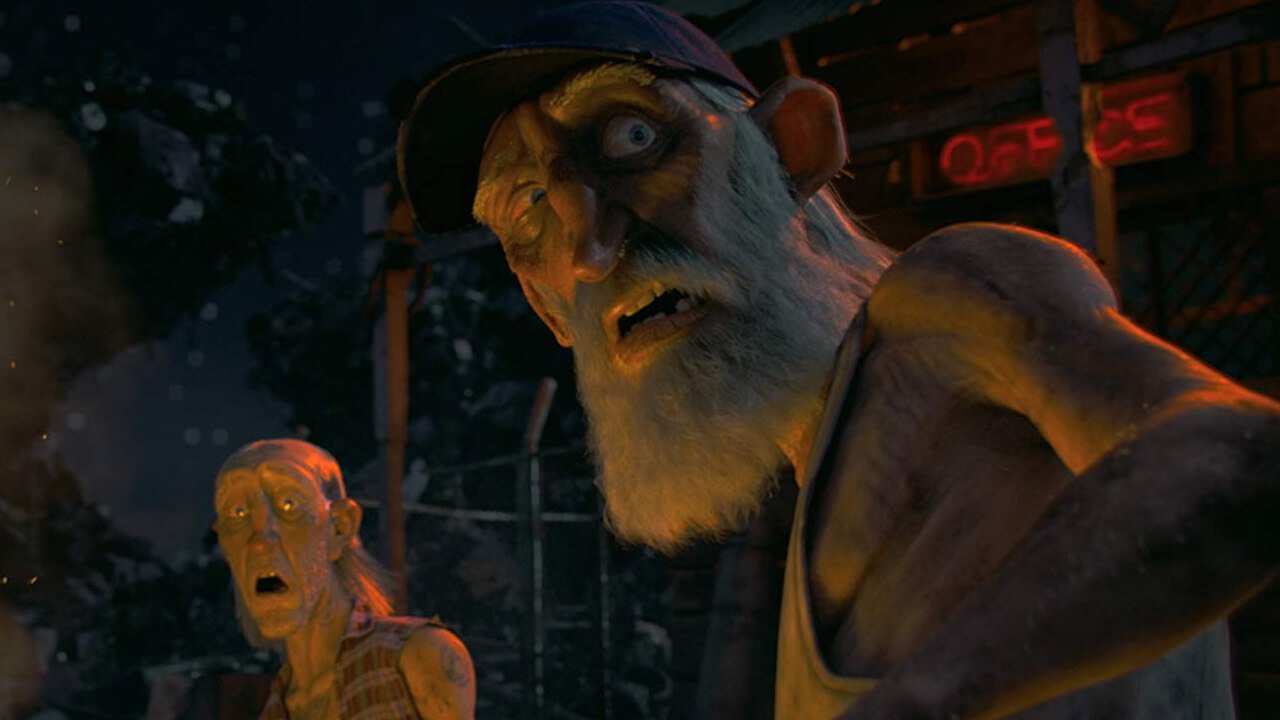 Quick review: The animation’s so well done, I could practically smell the crap out of the screen. Story-wise, it was… simple. I didn’t care for the stubborn, smelly white man protagonist, but it had some comedy going for it.
Is it NSFW? There’s a ton of swearing. Not so much nudity.

Trigger warnings: Not really anything to warn you about, but there’s blood.
Mako Mori Test result: Absolutely not. The only “female” in the whole story was a blow-up sex doll, and the only mention of women were when the characters were talking about “river trash whores.” Lovely. 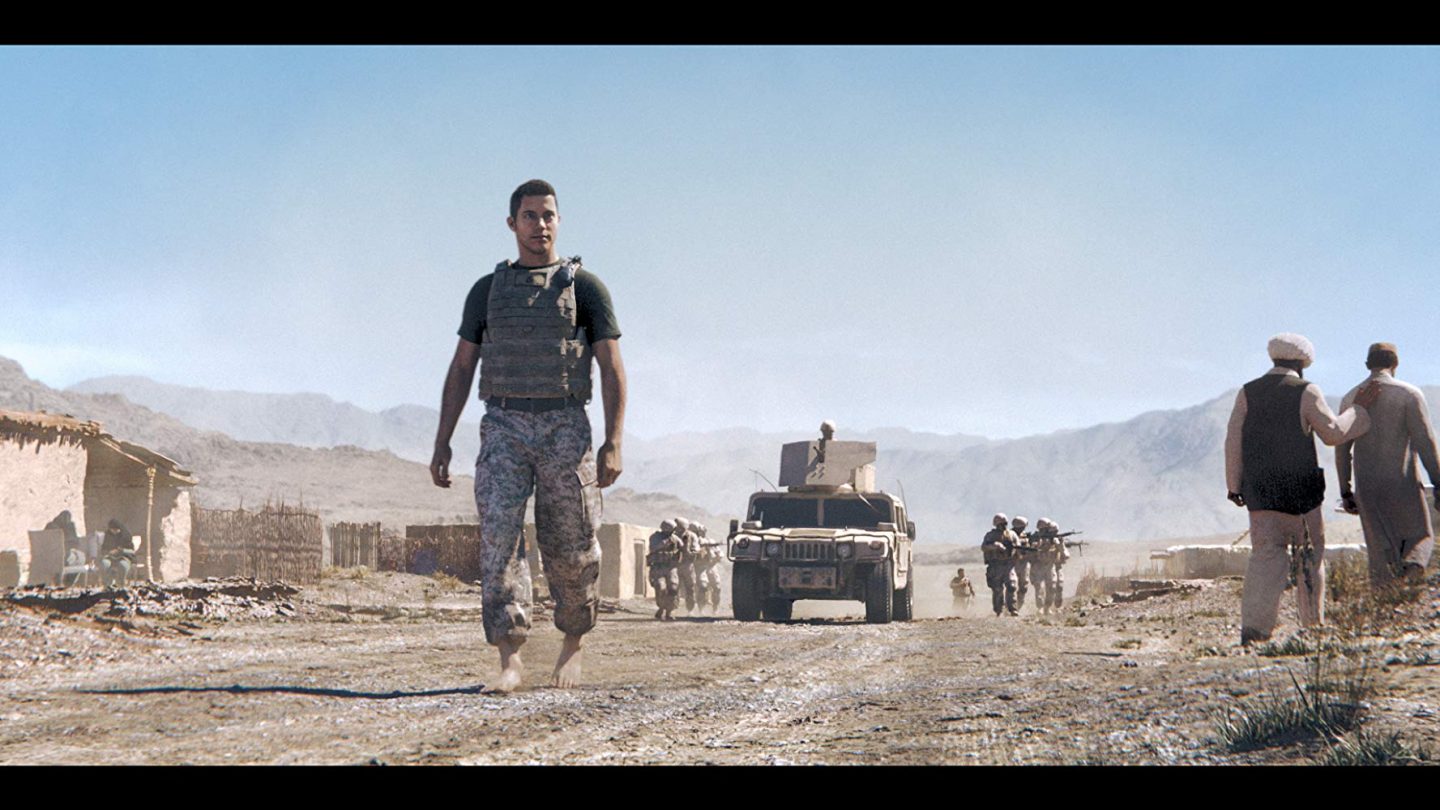 Quick review: The graphics look so surreal, I could see each pore. It’s a story with heart, despite its supernatural element that can get tacky pretty easily if not used well.
Is it NSFW? Lots of cussing. Naked butts will be making an appearance.

Trigger warnings: Lots of blood, again. It’s also a war story, so expect gun violence.
Mako Mori Test result: There’s no woman in this story. The only brief mention is, once again, of having sex with a fantasy girl. So no, it doesn’t pass. 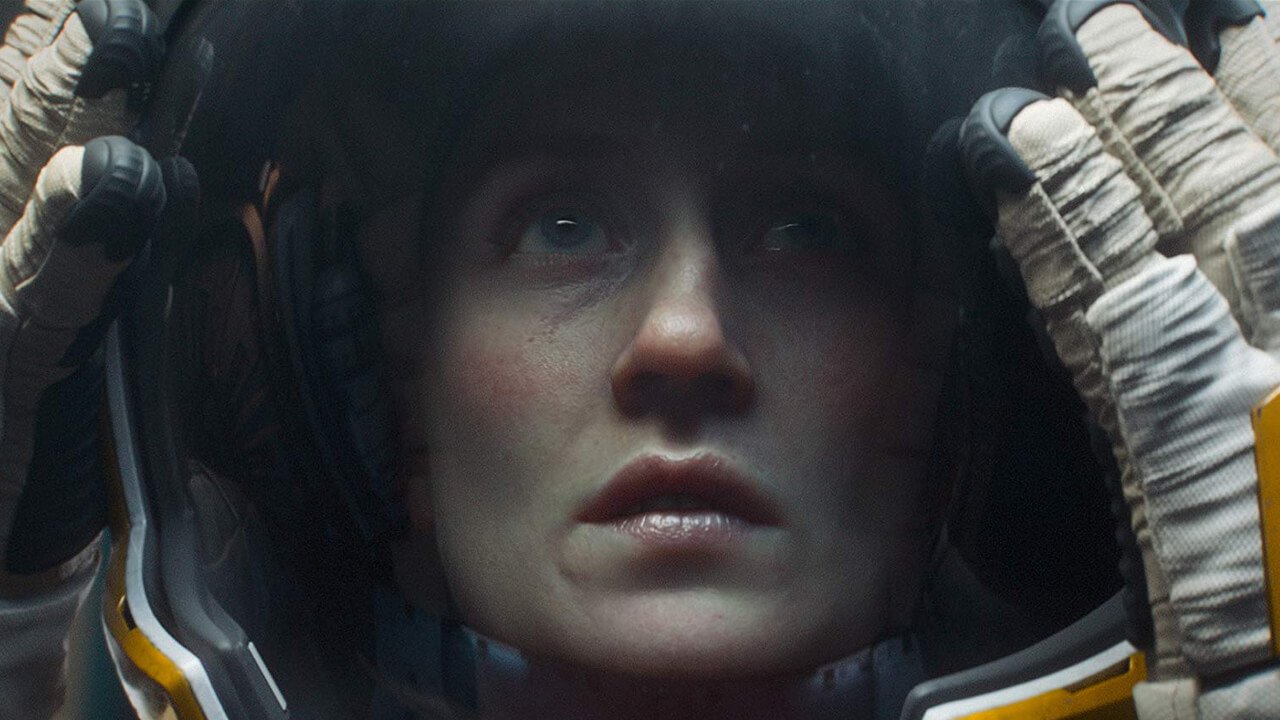 Quick review: At this point, I’ll stop saying that the animation is good because they’re ALL 110 percent good. Anyway, this is a clock-ticking survival drama. If you enjoyed Gravity, you might like this.
Is it NSFW? Nope.

Trigger warnings: There’s mutilation involved, and it can get hard to watch.
Mako Mori Test result: Check, check, and check on the test. The protagonist is one ballsy chick.

Quick review: It’s a haunting story like I’d never seen before. It’s also the kind of story that I feel like is best done through animation rather than live action.
Is it NSFW? No worries, it’s not.

Trigger warnings: Nothing really, unless you don’t like the idea of the unknown floors of the sea.
Mako Mori Test result: This one is also a miss as far as the test goes since there’s no female character to begin with, but it doesn’t put women down either so I’ll take it. 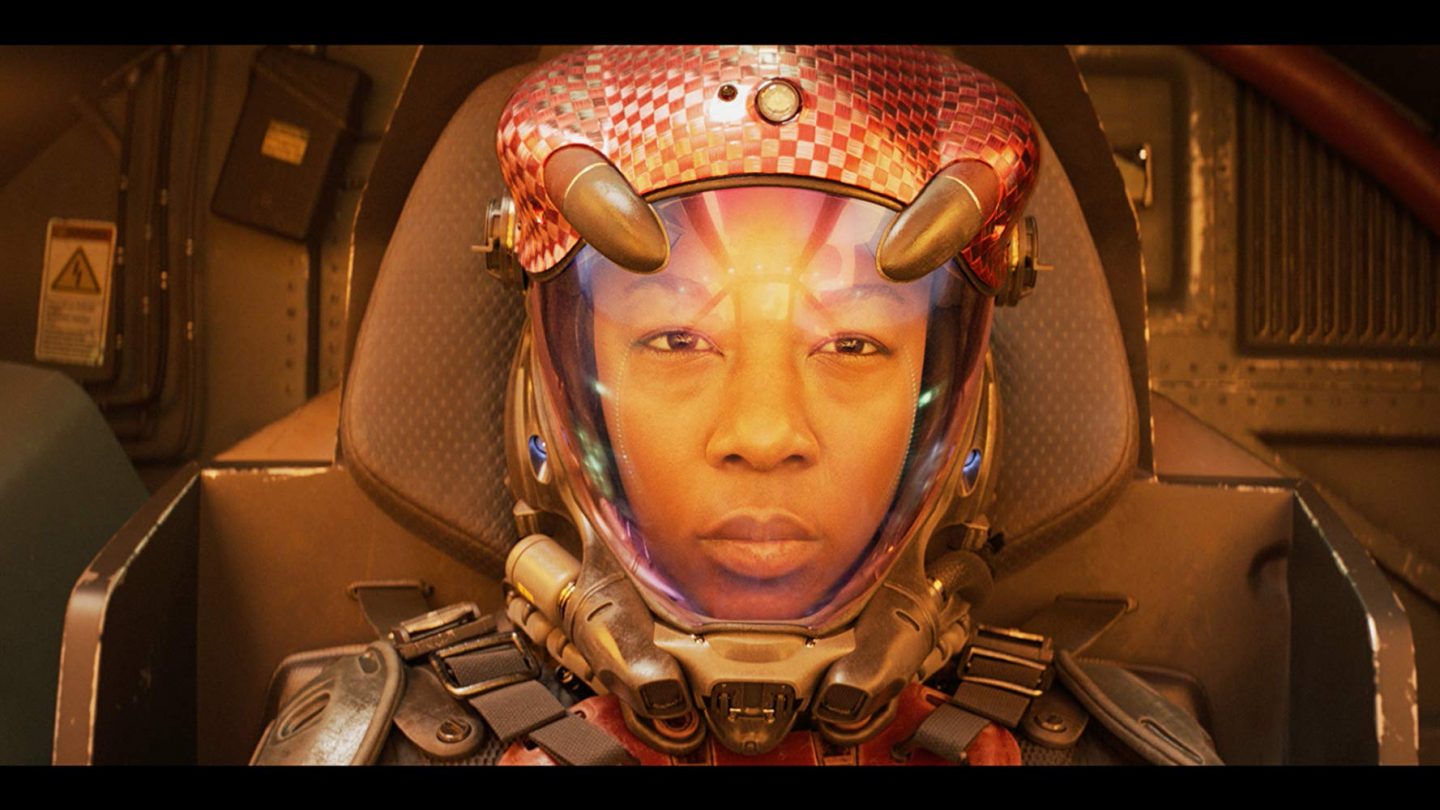 Quick review: That detail, though. I’m genuinely confused that this isn’t live-action Samira Wiley (Poussey, Orange Is The New Black). This story is for people who like air fights and cheering for the underdog.
Is it NSFW? Profanity is a given in Love, Death & Robots at this point. As far as nudity goes, everyone is mercifully clothed in this episode.

Trigger warnings: Not as graphic as the other episodes, but there’s war violence.
Mako Mori Test result: The protagonist is an Airforce pilot who defies odds with her rusty old ship, so yes, it passes. 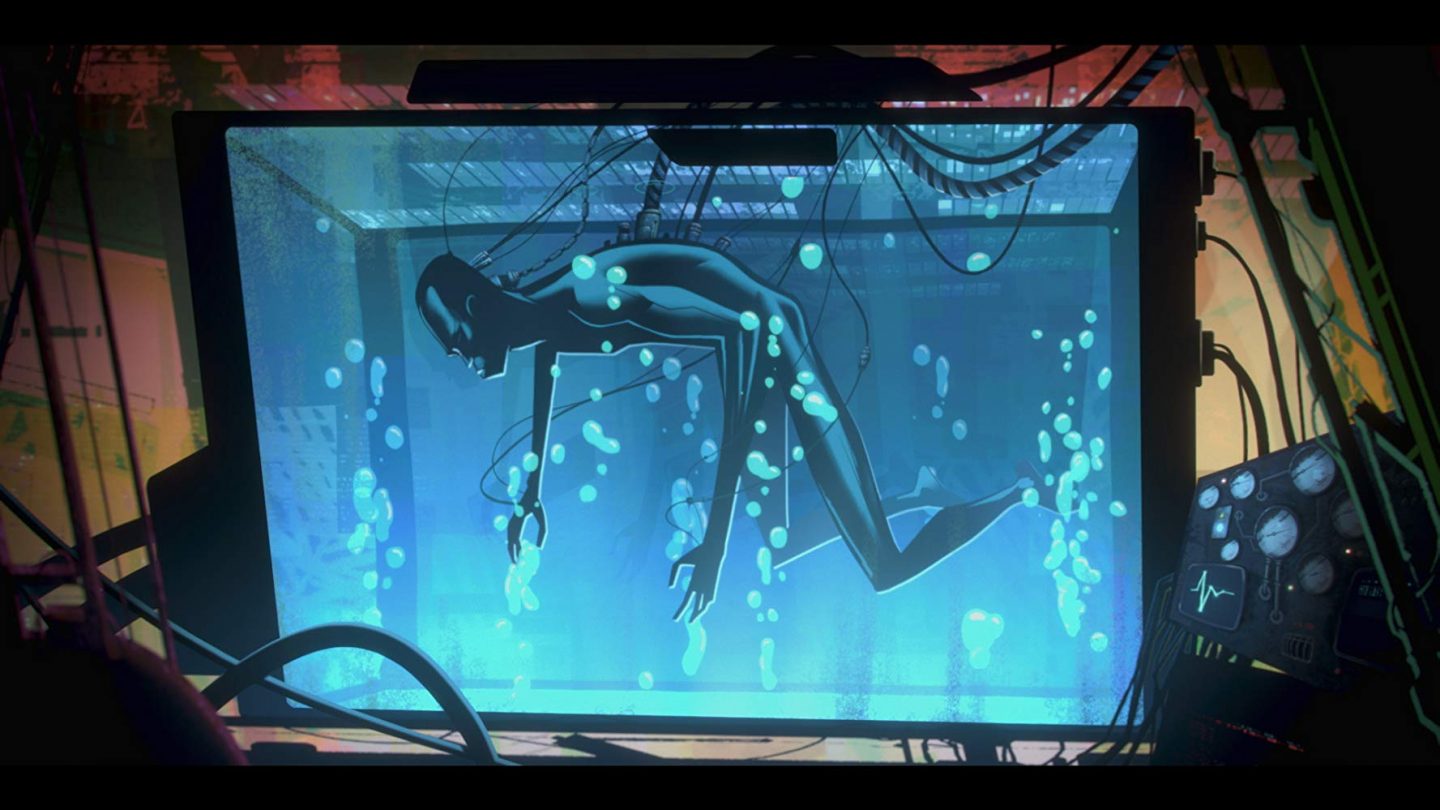 Quick review: This episode is a well-executed existentialist story. I had to stop from my marathon to reflect for a while. The dilemma is great, albeit stressful, food for thought.
Is it NSFW? Nope.

Trigger warnings: None. But this might get you thinking in bed at night.
Mako Mori Test result: Well, it fails, since the protagonist’s goal is to tell the story of Zima Blue, who seems to present as a man. But again, this one doesn’t put down women either so it’s okay for me. It’s a reflection on humanity as a whole. 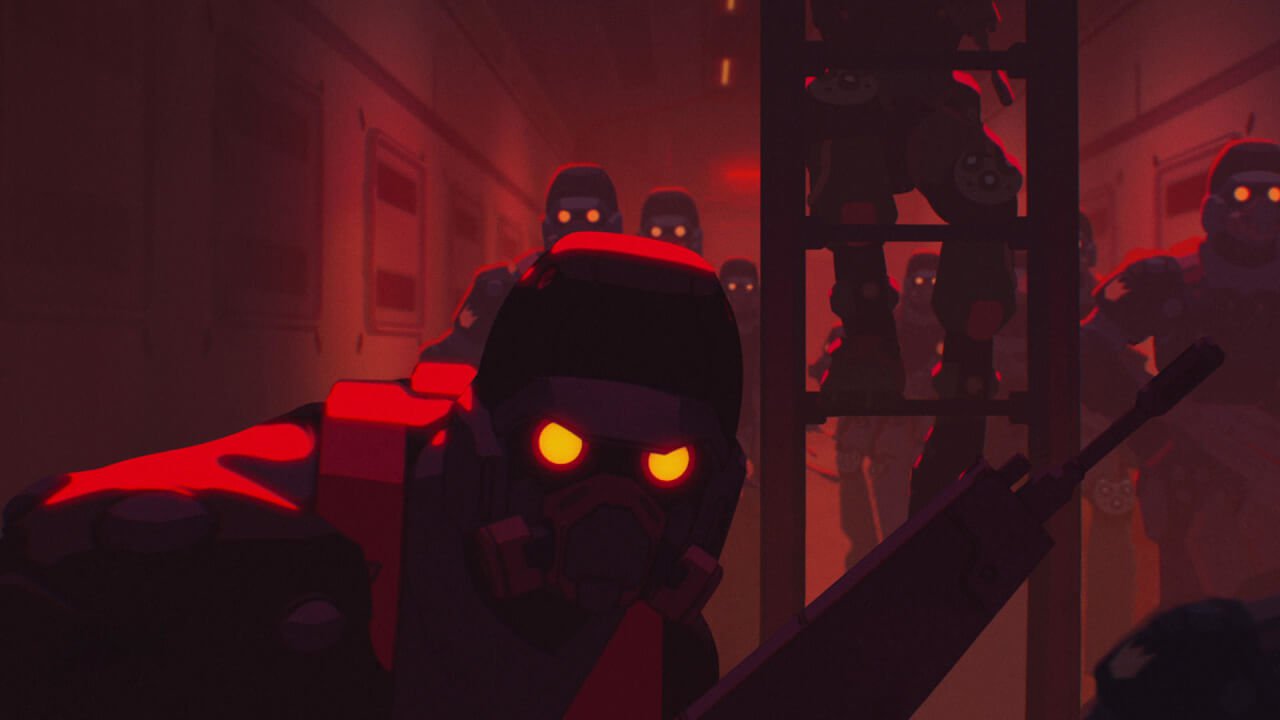 Quick review: It’s a robot heist that’s worth watching for the fun animation alone. The story isn’t anything gobsmacking, but it’s a nice break from the heavier episodes.
Is it NSFW? The cursing is at a maximum, but there’s no sex or nudity. 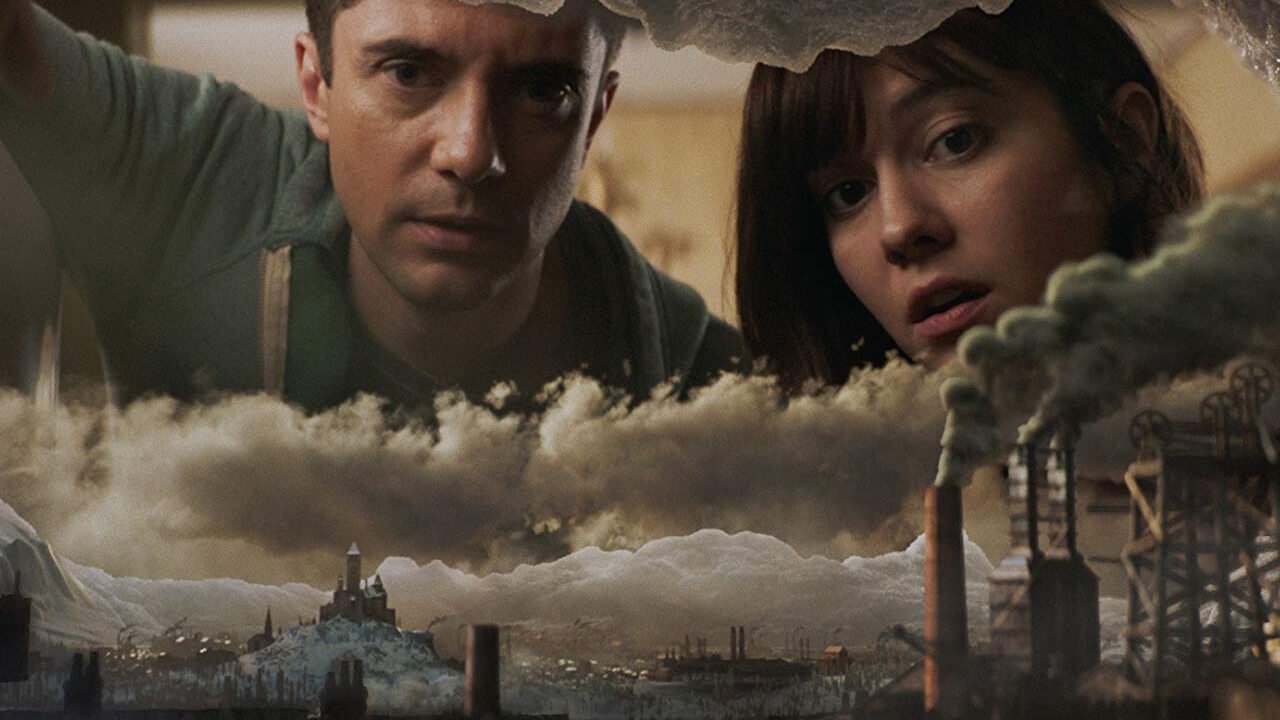 Quick review: It’s pretty trippy to watch. I also think Topher Grace and Mary Elizabeth Winstead are cute. It’s a fun episode to watch overall.
Is it NSFW? Nope. This is one of the milder episodes.

Trigger warnings: Nothing serious. I hated seeing that ice buildup in the freezer though.
Mako Mori Test result: Mary Elizabeth Winstead is normally clothed and doesn’t want to jump on Topher Grace’s bones, so that’s a win for us. 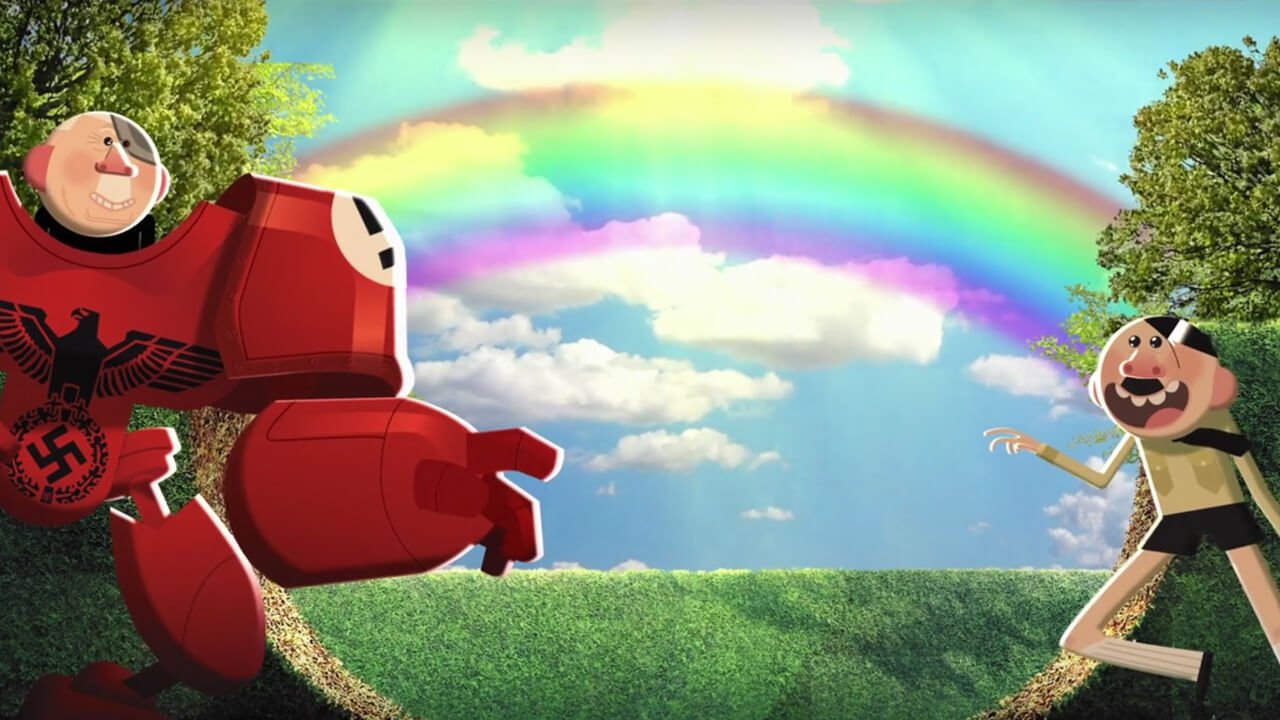 Quick review? Our favorite is the 6th death scenario. Fuck Nazis forever. Yes, you heard it right. Scout hates Nazis.
Is it NSFW? Violence galore, so yes. The boobs make not-so-surprising comeback. But now, they are actually kind of part of the plot.

Trigger warnings: If you’re a Nazi, skip this episode. Also, get off our site.
Mako Mori Test result: Surprisingly, this passes the test in the stupidest way possible. It’s kind of sex-positive if you think about it. (We’re being nice here.) 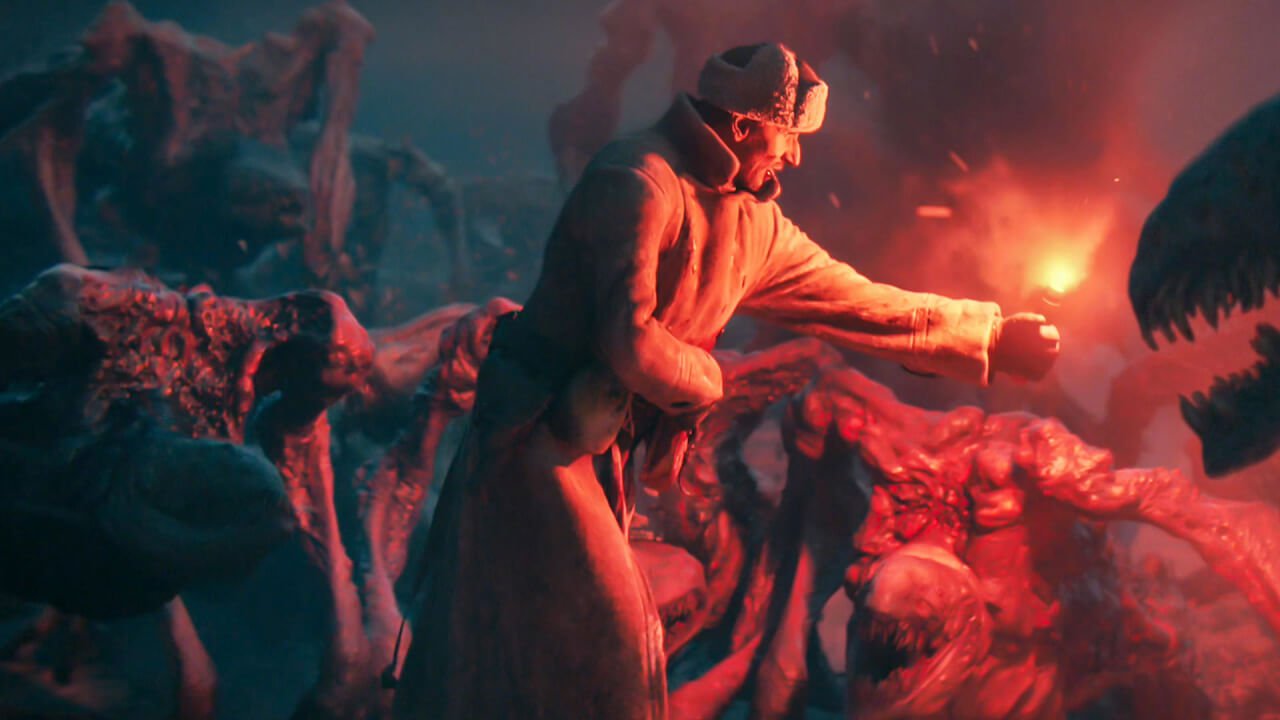 SHAREAside from taking his horse to the Old Town Road and the top...

Last week, we finally got to see James Reid’s much-anticipated music video for...