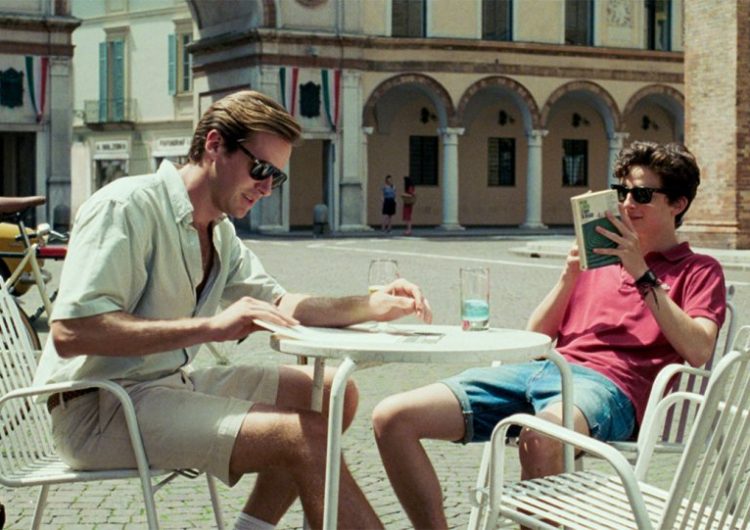 Armie Hammer, who played Oliver in Luca Guadagnino’s adaptation of the novel Call Me By Your Name, wasn’t exactly sure if a sequel to the beloved movie will happen.“The truth is, there have been really loose conversations about it, but at the end of the day—I’m sort of coming around to the idea that the first one was so special for everyone who made it, and so many people who watched it felt like it really touched them, or spoke to them,” W Magazine quotes him. “And it felt like a really perfect storm of so many things, that if we do make a second one, I think we’re setting ourselves up for disappointment. I don’t know that anything will match up to the first, you know?”

But for your information, Mr. Hammer a.k.a. Oliver, the followup to CMBYN is officially happening—of course, he knew this before us and he was just teasing us when said that statement.  The sequel is not happening on the silver screen yet, though.

Yesterday, CMBYN author André Aciman has officially announced that a sequel to the 2007 novel is already in the works. Titled Find Me, the upcoming novel is set to be published this October. Yes, October 2019!!!

Timotheé Chalamet and Armie Hammer and also us be like:

Read also:  “Call me by Monet” is a very beautiful pairing

But we already know what’s going to happen in Elio and Oliver’s lives. Well, CMBYN spans years and (SPOILER ALERT!) we know they’re really not going to end up together—or they still might, since they they didn’t die by the end of CMBYN.

Find Me, however, will center on Elio’s father Samuel Perlman, who was incredibly played by Michael Stuhlbarg. And the novel is somewhat the continuation of the movie. “Aciman shows us Elio’s father Samuel, now divorced, on a trip from Florence to Rome to visit Elio, who has become a gifted classical pianist. A chance encounter on the train leads to a relationship that changes Sami’s life definitively,” the first synopsis reads.

If you’d remember the heart-wrenching scene after Oliver moved back to the US, Samuel made a tear-jerking monologue. “You had a beautiful friendship,” he says in the film. “Maybe more than a friendship. And I envy you.” He accepts Elio for who he is, but does he also want to tell Elio that he had a friendship so similar to what Elio and Oliver had? Perhaps that’s what we have to find out in Find Me. As he says, ”Nature has cunning ways of finding our weakest spot.”

Read also:  “Call Me By Your Name” is more heartbreaking with live music

The upcoming novel will still give us a glimpse of Elio and Oliver’s lives. “Elio soon moves to Paris where he too has a consequential affair, while Oliver, now a professor in northern New England with sons who are nearly grown, suddenly finds himself contemplating a return visit to Europe,” the synopsis reads. And it indeed sounds familiar.

This is great news for CMBYN fans, but other fans, like me, may question the intention behind it. CMBYN has a strong end already. Is André Aciman writing this just for fan service? Or just to make the movie sequel? But in a statement André sent to Vulture, it seems like his intentions remain pure.

“The world of Call Me by Your Name never left me. Though I created the characters and was the author of their lives, what I never expected was that they’d end up teaching me things about intimacy and about love that I didn’t quite think I knew until I’d put them down on paper,” he says. “The film made me realize that I wanted to be back with them and watch them over the years — which is why I wrote Find Me.”

Thanks to Luca for inspiring André to write this sequel. But okay, I still wish he didn’t omit Vimini in the film. Anyway, this is probably us once we read Find Me with Sufjan Stevens playing in the background:

Still from Call Me By Your Name