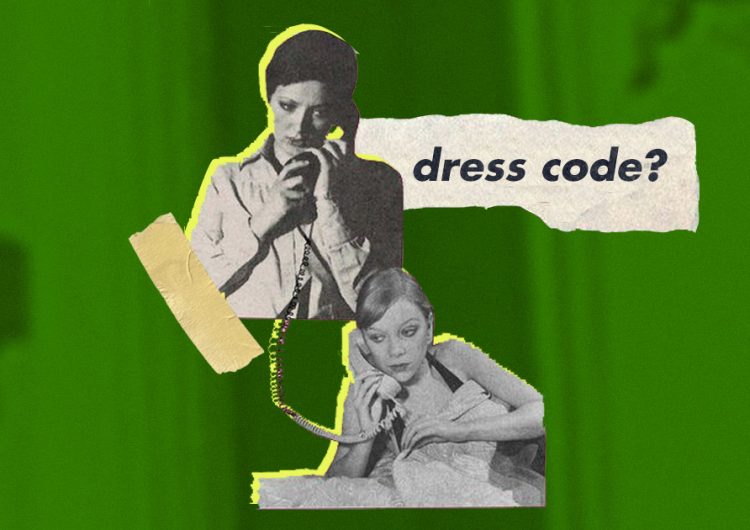 It’s graduation season again. That means our feeds are going to be full of motivational stories—clad in sparkle emojis or multi-colored hearts. There’s one that really struck a strong chord, though. According to Inquirer.net, Fr. Roberto Exequiel N. Rivera S.J., the president of Ateneo De Naga University, has allowed a trans woman student to embrace her sexuality on their baccalaureate mass and graduation day.

One of my transphobic/homophobic teacher called the attention of the graduation committee questioning my way of wearing female clothes for the baccalaureate mass and graduation day. So I wrote a letter personally to the Father President and his response made me emotional ?❤️ pic.twitter.com/GB6XBAFE5w

Emma Bueno shared her story on Twitter. “One of my transphobic/homophobic teachers called the attention of the graduation committee questioning my way of wearing female clothes for the baccalaureate mass and graduation day,” she wrote. But I guess we can say her persistence reigned above all. “So, I wrote a letter personally to the Father President and his response made me emotional.”

Read also: “Queer art is not just a trend or a fad,” says this visual artist

“Father President” definitely embodied that I-got-your-back vibe like an understanding friend. On her letter, he wrote, “Emma, please present this letter if your clothing is questioned. Congratulations!” Scout even got to talk to Emma, and she described Father Rivera as “very approachable, and would respond to every student’s concern.” Well, how it took only 30 minutes for him to grant Emma’s request already tells a lot.

Here’s the letter I sent to Father President ?? pic.twitter.com/yx58s8ptjC

This means a lot for Emma as she is currently transitioning—physically and emotionally—to the gender she identifies with. Getting ADNU President’s go signal for her outfit contributes a step closer, and also reflects a great leap for her school.  “I think our university is becoming progressive in terms of the LGBTQIA campaign. Actually, we had our very first Pride March last June 2018 and 2019. [The] college guidance center conducted a ‘Gender Week’ where there’s a seminar toward SOGIE (Sexual Orientation Gender Identity and Expression) and other related concerns towards gender, and I was invited to be guest speaker too,” she told Scout, when asked about the LGBTQ+ community in ADNU.

Read also: Marching at Pride Month with one foot out of the closet

Emma couldn’t be any happier, as she’ll also be celebrating her birthday on graduation day. We hope everyone else in the LGBTQ+ will feel the same glee—in their schools, workplaces, public places, and other institutions.

What kind of actions can be done? We got Emma’s take on it. “I think that universities [in the Philippines] could give more support towards LGBTQIA+ by orienting students about SOGIE because there are still many students or people [in general] that are disoriented, confused. So for me, educating people that there are more genders existing and not only male and female [can help.]”

The way our society treats LGBTQ+ community is far from the best, but stories like these are reasons why we move.

SHAREAll this talk about women’s bodies these days, but so few listen to...

SHAREAh, the Hawaiian shirt. It perfectly encapsulates the timeless style known as the...