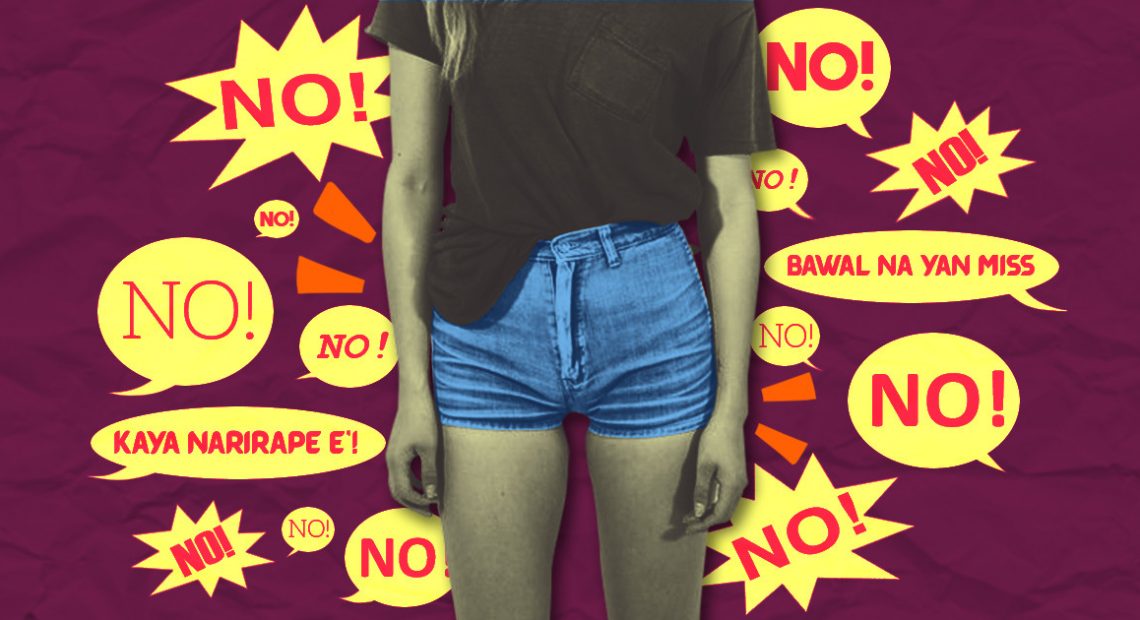 Today on laws that don’t make sense: Caloocan City has an ordinance that prohibits wearing “short shorts” in public. First of all, why? Second of all, huh?

A speculation of ours that this ordinance, which was created in 2007, was made for women to avoid being harassed in public. In 2019, we’ve already made it clear that this logic is a blatant enabler of victim blaming.

To make matters worse, according to the report, the ordinance had no definition of what “short shorts” are, yet it also went on to add that “lewd clothing” was also not allowed in public. There were no Implementing Rules and Regulations on hand when the team visited the Caloocan City Hall for clarity. “Ang dami naming pinuntahang barangay sa Caloocan kanina, at lahat sila ay hindi alam at hindi nagpapatupad ng ganitong pag ba-ban ng short shorts,” said Mav.

There are so many concerning things about this ordinance, to say the least.

It’s very much disconcerting that there was (and still are) people in power who repress women and propagate rape culture. A room full of governing officials had to approve this ordinance for it to pass, which meant that at least majority, if not all, subscribed to this logic.

It’s also concerning that a woman’s agency can be trampled on by legislature so easily. Women should absolutely have the right to choose to wear whatever they want, wherever they want to. Besides, if harassment is the concern, a strong argument has already been made that clothes don’t matter. In a Brussels exhibit last year, outfits of rape victims were put on display. Many were wearing baggy shirts and pants, or were fully covered.

Don’t believe in art? Well here’s a statement from a doctor. “Women’s wardrobes have long been used as an excuse for sex crimes, however, when you look at the data on why people rape, that doesn’t hold up,” says psychologist Sandra Shullman, Ph.D. to Yahoo! Lifestyle when asked if clothing really is a factor for sexual harassment. “These are arguments to transfer the responsibility of control and power from the perpetrator to the victim.” There have also been studies on victim-blaming since 1966.

Dear Caloocan City, maybe it’s time to revisit your outdated ordinances. Now’s as good a time as any.