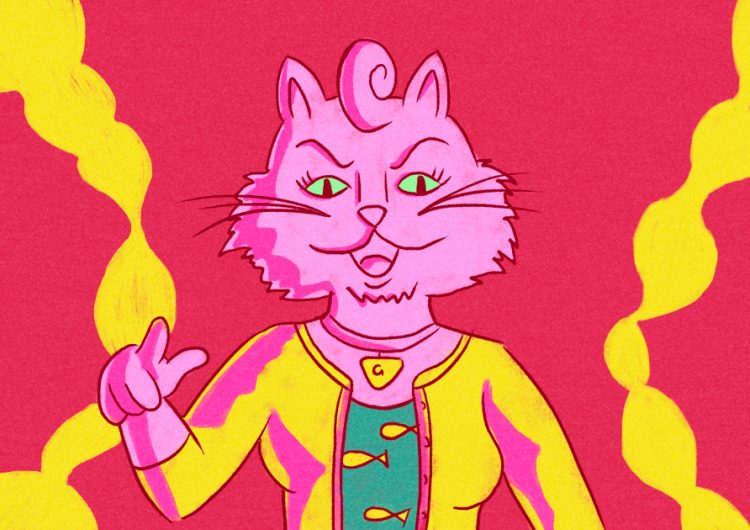 TV and films have an idealized version of what a “strong woman” is. A “strong woman” breaks glass ceilings with the click of her heels. Stoic, unbreakable, and brave—Rocky has nothing on her. The future is female. And unlike Atlas, she carries the weight of the world on her shoulders with no question.

She has Wonder Woman’s strength, plus Lara Croft’s body and combat skills, with a dash of the technical know-how of Ellen Ripley from Alien. Men are impressed that she can do everything, for a girl. The “strong woman” is the epitome of amazing.

But sometimes, she’s not the hero of her own story. If anything, she’s a fanboy’s fantasy.

“[A strong woman] is given value because of her masculine traits; she is kept from being the protagonist because of her feminine traits. A character that is designed to evoke a trope or fill a perceived voice is barely a character, and more like a caricature,”

“She is given value because of her masculine traits; she is kept from being the protagonist because of her feminine traits. A character that is designed to evoke a trope or fill a perceived voice is barely a character, and more like a caricature,” feminist pop culture site The Mary Sue dissects the “strong woman” trope. Not really an everyday woman’s champion. In reality, she’s an everyday woman’s frustration. She is the bar of the female standard raised high to the heavens. And we all know the expectations set on women are already high and unfair.

So, does a “strong woman” even exist? Well, yeah. There are many if you look hard enough. With feminism taking huge strides in media, we’ve encountered numerous strong yet complex characters. They can be the hero of their own story, or the villain of someone else’s, or the morally grey individuals they decided to be. And Princess Carolyn from Bojack Horseman is actually one of them.

Princess Carolyn is the ultimate girl boss. Career! Career! Career! That’s what she cares about. She’s a fierce publicist who’s busy putting her clients like Bojack on the map. No time for love, no time for pain nor tears. And when she screws up, she’ll say “Oh fish!” Then, she moves on.

The truth is a “strong woman” isn’t her muscles or her versatile combat skills alone. It’s really more emotional and complicated than that.

Or at least, that’s what she appears to be on the outside. Princess Carolyn’s character goes beyond her “girl boss” persona. She came from a small town but had big dreams, was robbed of options when it came to motherhood, and had loved ones take advantage of her. But as a “strong woman” quote goes, “Nevertheless, she persisted.”

The truth is a “strong woman” isn’t her muscles or her versatile combat skills alone. It’s really more emotional and complicated than that. So, let’s learn the A-Z of being a strong woman through Princess Carolyn with these moments from Bojack Horseman.

Having dreams bigger than yourself is harder than it looks

Princess Carolyn’s favorite movie is The Amelia Earheart Story. She loves how Amelia became the first woman to fly a plane, even though the world is saying no to her dreams. This became a huge part of her as she dreamt of a future beyond her small hometown. She’s not exactly well-off. Her mother is an alcoholic emotional abuser, and her siblings left their home when they got the chance. Of course, she wants to leave too. She wants to pull an Amelia and see where that plane takes her. But she knows to follow her ambition is to break her mother’s heart.

In conclusion, that’s really what a strong woman is. She does tough calls to be the person she has always wanted to be. It can be perceived as malicious and selfish by other people, even her loved ones. What they don’t get is that her dreams are not a want but a need. People don’t always understand that. But to be a strong woman is to push through with her dreams, whether others understand or not, knowing that it will all be worth it at the end.

“Faking it ’til you make it” is tougher than it seems

Princess Carolyn hides behind a “girl boss” mask. Of course, a woman filled with ambition can still feel pain and heartache. It’s emotionally draining to be ambitious and be optimistic at the same time. Getting up in the morning, grabbing a cup of coffee, while trying to forget how her client/ex-boyfriend treated her like shit isn’t as easy as it looks. That’s why she motivates herself with a pep talk that no one else will.

“Starting now, you are a hard, heartless career gal. Go to work, be awesome at it, and don’t waste time on foolish flights of fancy,” she says to herself as she dives into another day at work after a rough night. Being a career-driven woman isn’t as perfect as it seems. It gets rough and lonely. It pushes a woman to the point where she lies to herself, so she can get back and tick off all the things she wants to achieve in life. As long as it all works out in the end, right?

Strong women break down harder than most

“Do you want Darlene up front to call someone to drive you home?” Princess Carolyn’s OB-GYN asks. “No,” she interrupts him. “I don’t need anyone.”

Her doctor tells her she’s a tough broad. But in reality, her heart is breaking. Women are much more than their vaginas and ability to bear children. At the same time, the pain of not having any say or options is unbearable. Her life is centered on having her shit together. People perceive her as mature with an unstoppable can-do attitude. Although this time, even her can-do attitude can’t get her out of her troubles.

She shuts out everyone after learning about the bad news. She feels her friends and her loved ones cannot console her on this one. To be seen as a strong woman is to delude herself that she can do everything alone, even though she knows she can’t. So, she cries as everything falls apart. This act isn’t selfish, but it’s a kindness to let her heart grieve. She cries ’til she’s strong enough to reach out to someone again.

You’re not always a strong, independent, woman who don’t need anyone

Have you heard the saying: “I’m a strong, independent woman who don’t need a man/anyone?”  Well, obviously it’s a lie. Princess Carolyn is a strong, independent woman. Does it mean she needs no one in times of trouble? She would like to believe so. But in reality, she loves it if someone can tell her everything is going to be fine. Everybody would love to hear that. It’s called being vulnerable and emotionally open, sweetie. And yes, even strong women are in need of a shoulder to lean on sometimes.

Rutabaga tells her, “There are assholes out there, but in the end, they don’t matter. Because this movie’s not about them. It’s never been about them. It’s been about you.” Sometimes, the bravest thing a “strong woman” can do is admit that she’s not as brave as she thinks and as the world perceives. The bravest thing to do is to ask for help and admit that life is getting harder. Being vulnerable is not always a weakness, it can also be a source of strength.