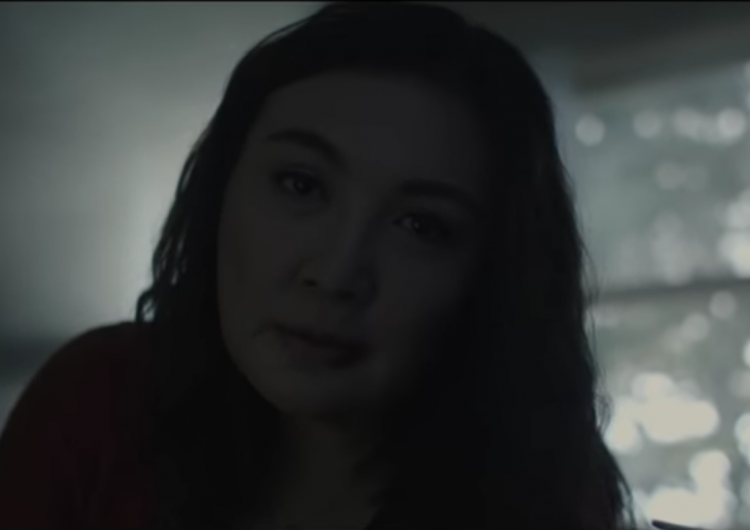 Critically-acclaimed director Erik Matti just released the full trailer of his most horrific film yet—Kuwaresma. The three-minute trailer features scenes that are hard to stomach, with actors looking not-quite human in bloody, full-faced prosthetics or enduring torture and screaming their heads off.

If it was hard to watch for the audience, what more was the experience like for the actors who lived through it? Matti himself tells us that the filming process is no joke.

“Not too many actors in the industry like the kind of hard work we pour into our shoots in particular,” says the director in an Instagram post of behind the scenes shots of the set, where the actors are either seen bloodied up, wearing torture contraptions of sorts, or just looking somber (and might I add tired) as Matti gave directions. “I steer clear of actors who upon arriving on the set immediately asks what time the shoot finishes,” he adds.

My shoots aren’t easy. Not too many actors in the industry like the kind of hard work we pour into our shoots in particular. I steer clear of actors who upon arriving on the set immediately asks what time the shoot finishes. I don’t cast actors who don’t care about the story, the characters they play and their fellow actors and are in the project for the raket. I avoid casting people who are only concerned that the film should be commercial regardless of a good story that can matter. I love actors who go out of their way to get the work needed for the scene and make sure we nail it down. From heavy emotional requirement to embarrassing self-depracating gags to tough and exacting physical blockings and irritating all-day eat-all-you-can sticky, uncomfortable prosthetics make-up. I love actors who care about the work we do, period. I am grateful that all these years I’ve had the chance to work with the best actors in the industry who had the commitment, professionalism and the passion to do the best for the project we all embarked to do. To @reallysharoncuneta @johnarcilla @_kentgonzales @dongdantes @ms.lotlotdeleon @dennistrillo @isabelledaza @annecurtissmith @_victorneri_ @brandonthetruthvera @khalilramos @joross_gamboa @laorodriguez_official @andersongeraldjr @alexcalleja1007 @planetumeboshi @arjoatayde @levy.ignacio.3 @piolo_pascual @tsong_marquez @ramonbautista @shingalingdingdong @yamconcepcion @ricky_pascua @isabelledeleontv @slinkymax @vitovandolf @guila_alvarez and to all the countless hardworking actors I’ve worked with that I may not have listed down here. Thank you for the respect and for believing that the films we made were/are worth telling for the love of craft. Thank you for marching on with me on all the gruelling bloody shoots we had. I love you all! #senti

Matti goes on to add that his films are not for actors who are just in for the “raket.” His actors go through a lot, from “heavy emotional requirement to embarrassing self-depracating gags to tough and exacting physical blockings and irritating all-day eat-all-you-can sticky, uncomfortable prosthetics make-up.”

Looking back at his previous projects like BuyBust and On The Job, which has intense physical demands, it’s not hard to see that passion has to be one’s primal driving force for a project of his. “Thank you for the respect and for believing that the films we made were/are worth telling for the love of craft,” says Matti while tagging many of his previous actors.

The challenges of shooting Kuwaresma don’t seem to be any easier. The trailer features gruesome prosthetics and demonic symbolisms from the get go, which is already enough to send us running to our mothers. Or running away from them? The film will feature Sharon Cuneta as the eerie matriarch of a family going through the loss of a child through suicide. The Megastar will be acting alongside Heneral Luna himself, John Arcilla. The film is set to come out on Mother’s Day, May 15.

Watch the trailer of Kuwaresma here.

I hate walking my dogs in our neighborhood. Where our family lives in...