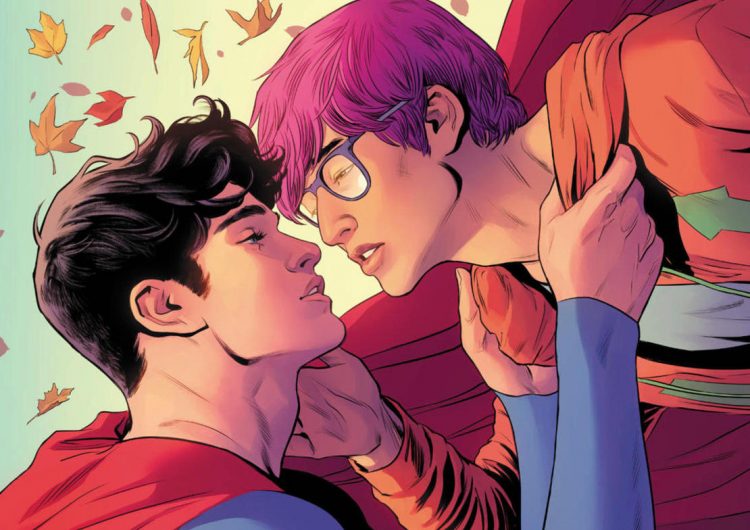 Warning: This contains spoilers for “Superman: Son of Kal-El”

Just a few months after Loki’s bi reveal, another win for queer comic fans has landed in their midst: DC Comics’ newest Superman is coming out as bisexual.

In the upcoming fifth issue of “Superman: Son of Kal-El,” Jon Kent, the 17-year-old son of Clark Kent and Lois Lane—who has inherited the mantle of Superman from his father—delves deeper into his relationship with Jay Nakamura.

After the new Superman’s bout with burnout, the fifth issue will unravel Jon and Jay’s friendship into something more, as they share their first-ever kiss.

But wait, who exactly is Jay Nakamura? 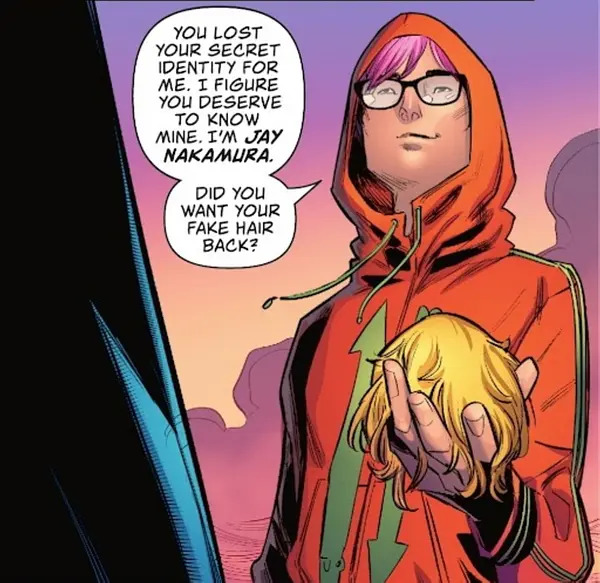 Just like Jon’s mom, Jay is a journalism enthusiast. Aside from being a student of Metropolis College and the head of its media department, Jay hides his alter ego as the person behind The Truth, an online portal that exposes stories pushed aside by mainstream media.

The tidbit was revealed during Jay’s first encounter with Jon, after being saved from a thwarted school shooting. The new Man of Steel soon revealed his secret identity, and in return, the student journalist disclosed his own alias. From that point on, the pair became close allies and confidantes.

He’s a refugee from Gamorra Island 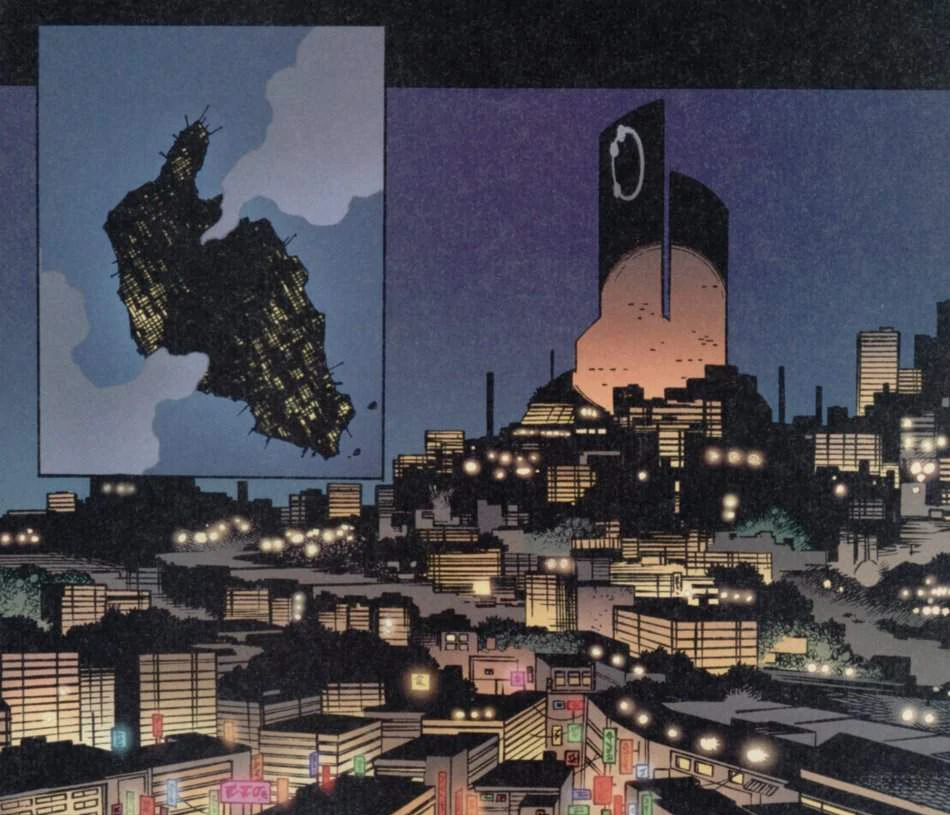 While he may reside in Prime Earth’s United States, Jay hails from Gamorra Island, a rogue island nation in the western Pacific Ocean. Fans dub it as an “imaginary North Korea” with its dystopian cyberpunk setting. It has faced tyrannical rulers and biological experiments for centuries, turning into the seedy underbelly of Prime Earth’s terrorism.

In The Truth, Jay uncovers the plight of the country’s refugees. Jon as Superman sees this info, prompting him to fly into action to save a boat full of refugees coming from the island. 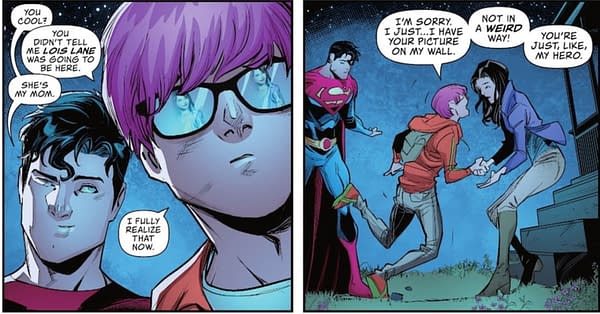 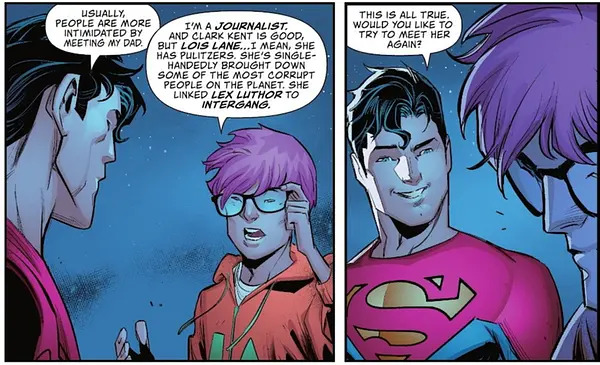 After an encounter during a protest rally for Gamorran refugees, Jon is arrested along with several others. Jay, along with Jon’s father Clark, bails Jon out of jail, flying away to their family home in Smallville.

While his familial connection with Clark was obvious to Jay since his big reveal, it was only during their personal meeting that Jay realized Jon’s relationship with Lois. And as a big Lois Lane stan, Jay took some time to process the info, all the while staring at her in disbelief for, well, quite a while. 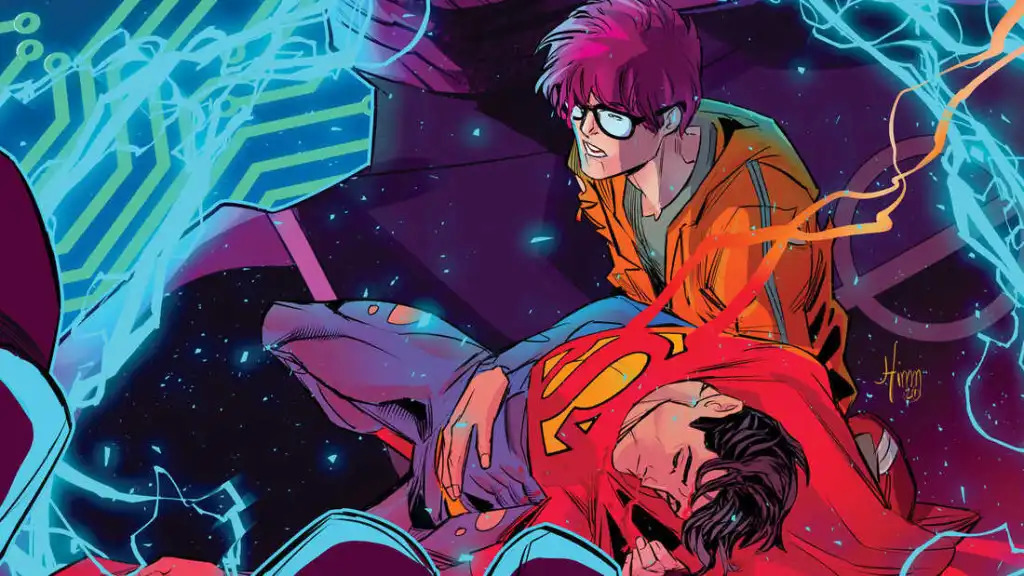 Like the Clark/Lois ship, Jay is a reporter who falls for Jon, but writer Tom Taylor has revealed that the character is “formidable in his own right” with a fight of his own.

According to an interview with IGN, the comics are gearing up for another big reveal—Jay having superhuman powers himself.

“[What was most important was] finding the balance in their relationship so they could be equals rather than having Jay be too reliant on Jon,” Taylor says. “This is why Jay’s own powers are revealed in issue #4, and we learn he can’t be harmed. That means, of everyone in Jon’s life, Jay is the only person Jon doesn’t need to protect. It means their relationship is an equal one built on mutual support.”

Read more:
It’s canon, y’all: Loki is bisexual in the MCU
We might just see ‘bi!spiderman’ go canon real soon
The B in LGBTQ+ is “bi the way, we exist”

The old me can’t come to the phone RN, and I’m blaming Jolianne

Catch Waiian, SHNTI, and more of your faves in this free online concert