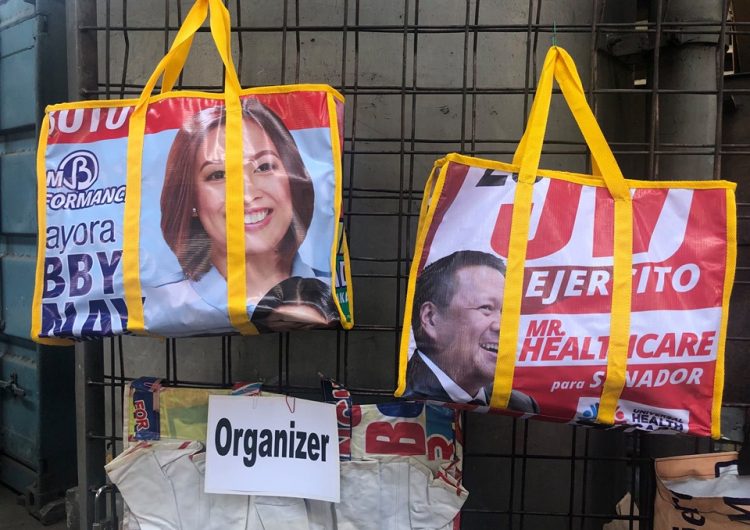 The election season is almost over. We have seen the decisions of 45,507,180 voters right now. As of writing, 94.72 percent of voting counting machines (VCM) have transmitted the results from their respective precincts. Okay, cool. We have new senators and local officials. But are we ending the elections with just that? Perhaps not.

Aside from the votes top candidates received yesterday, we have also accumulated campaign waste. There were posters, flyers, and pamphlets everywhere. And when left on the streets, they pose potential threats in clogging drainage systems. That only means it may contribute to floods this coming rainy season.

So, what should we do with these materials? Uhm, if you are willing to carry a bag with a politician’s face on it, you might want to consider these ecobags from environmental organization EcoWaste Coalition.

In a Facebook post by Inquirer, they shared an album of all the things we can do to upcycle these now-useless paraphernalia. First off, they can be sewn into huge market bags. Think Divisoria or Balenciaga bags with politician’s faces instead of vibrant stripes. If big bags aren’t your thing, the organization also shows that these tarpaulins can also be made into shoe bags, body bags, and even string bags. But yeah, they all bear the face of a politician. Tarpaulins can also be sewn into organizers where we can keep small objects. 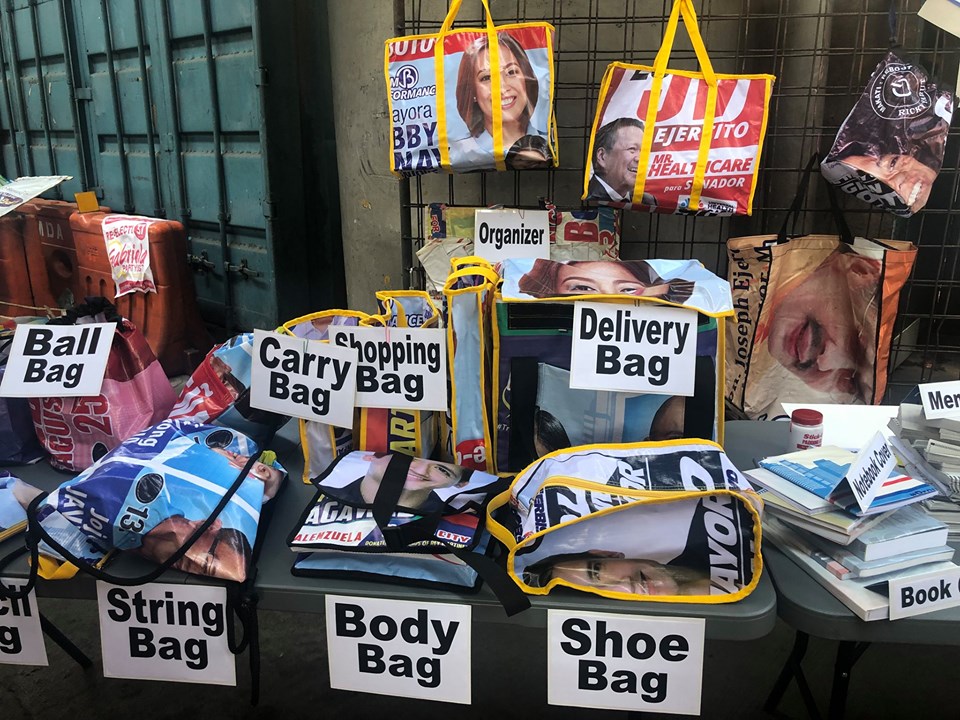 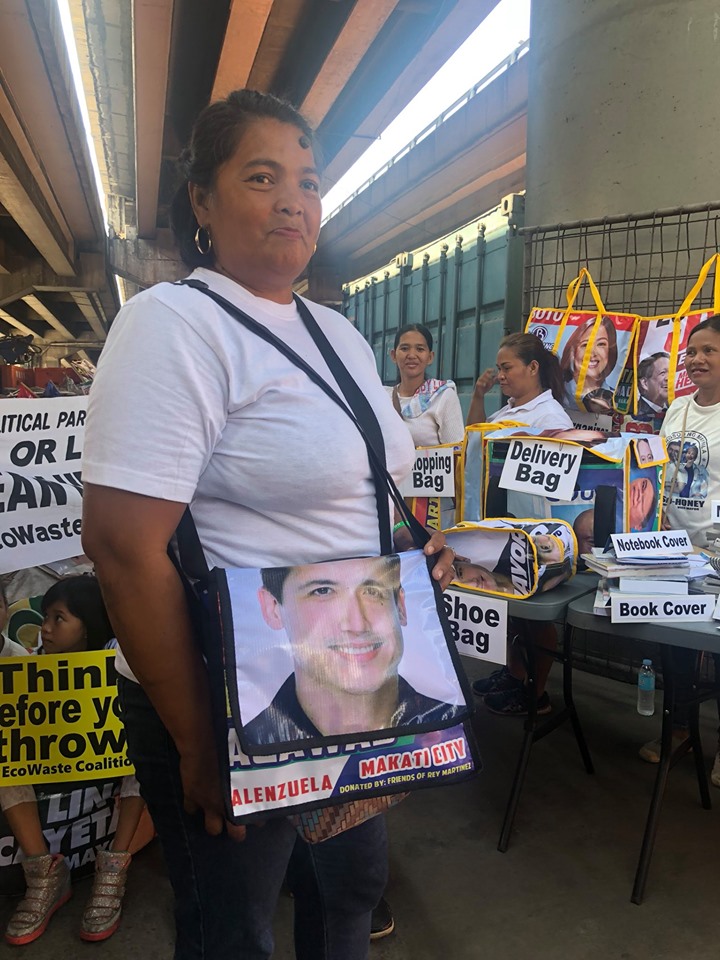 Cardboard materials like fans can be turned into low-cost picture frames. Meanwhile, paper waste can be upcycled as notebook or book covers. As someone who practices composting, paper waste, as long as the paper is not coated, may also be added as “browns” or carbon source to compost bins. 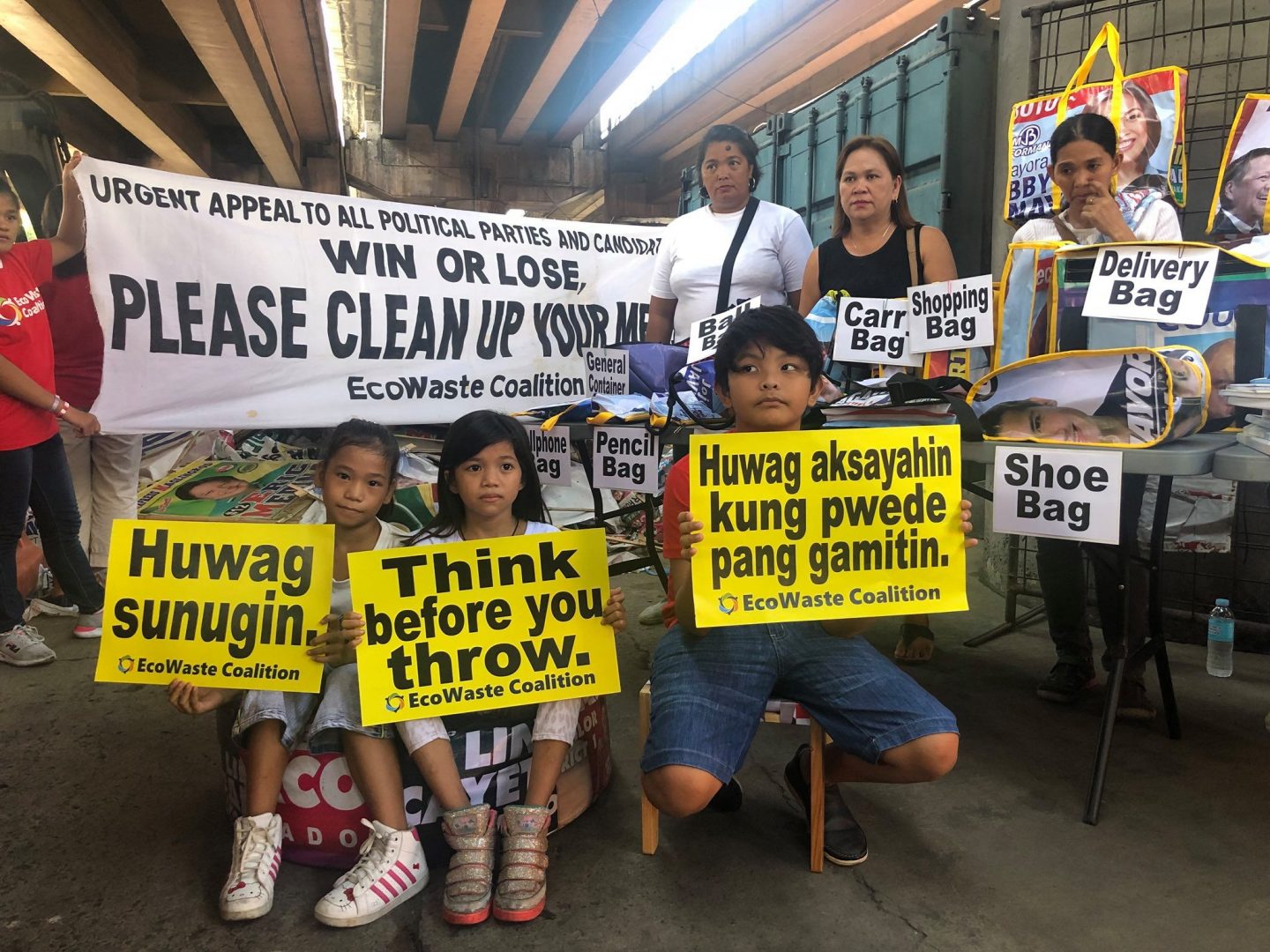 The EcoWaste Coalition has been actively reminding both the candidates and the public to upscale campaign waste. In 2016, Aileen Lucero of EcoWaste Coalition told Inquirer that upcycling will help prevent the buildup of dioxins and other harmful pollutants in the atmosphere. These are produced through burning materials. And if you’ve forgotten, under the Ecological Solid Waste Management Act of 2000, burning waste is punishable by law. Violators will have to pay a fine of P300 to P1,000 or even face a jail time of 15 days.

Excuse me as I look for the campaign materials of the candidates I supported.

SHARESometimes life shows itself as a series of jobs until we die. Everyday...