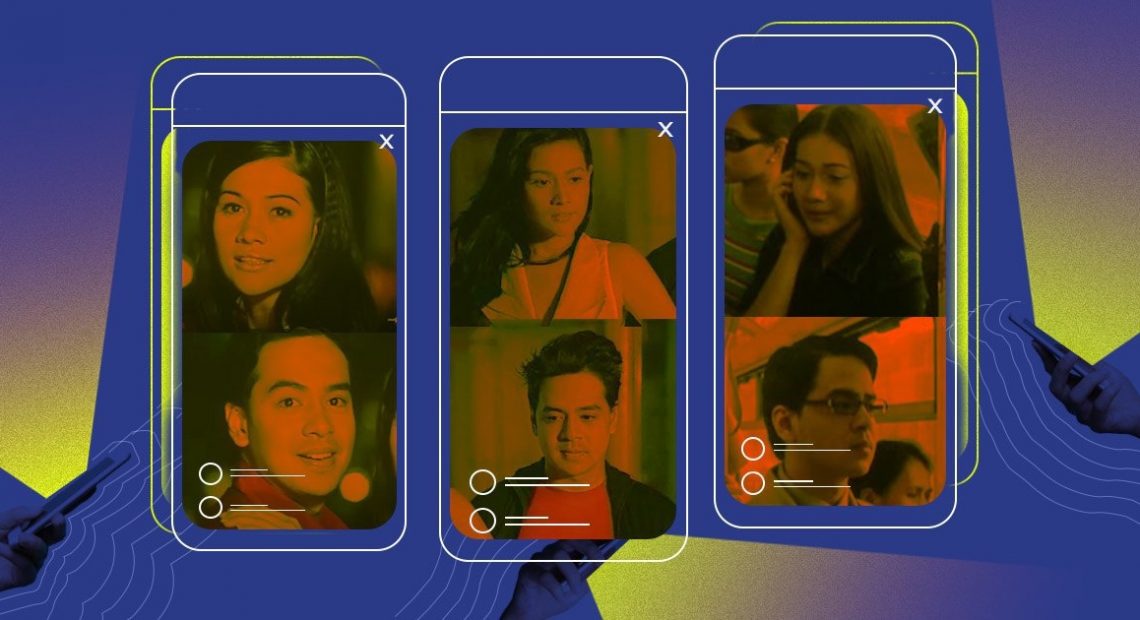 Last weekend, I went through a breakup. It played out like the highlight reel of any other breakup: Empty but heavy, frustrating as hell, and like a punch in the gut to boot. It’s a dodgy mix of stupid, liberating and sappy (duh).

And if you’re itching to get to the details of how the breakup exactly went, don’t ask me—ask Popoy and Basha. Yup, they were the ones involved in the breakup. In “One More Chance,” remember? Sorry, everything just appeared so realistic, I felt like I was part of the story—dining with the Thursday barkada and running in the rain. That’s the power Bea Alonzo and John Lloyd Cruz’ love team holds. And I’m saying this after a rewatch of their iconic 2007 film last weekend. So, yeah, no real breakups from my end.

Jokes aside, I immediately jumped into the 2015 sequel—“A Second Chance”—right after bawling my eyes out at “One More Chance” in secret (well, it isn’t anymore). Funny enough, this was the same time some Facebook friends were resharing various clips from “One More Chance,” including Popoy and Basha’s awkward car ride that ends with a jeepney stopping beside them, blasting “Nanghihinayang” to amplify their regrets. That’s peak 2000s Filipino romcom, alright. But of course we’ll take the bait—it’s fucking Bea Alonzo and John Lloyd Cruz.

This is why last night’s reception was not surprising at all. On Apr. 28, Alonzo announced an Instagram Live session to catch up with her followers. After a rundown of her relief operations for COVID-19 frontliners, she falls into the trap of (what seems like) rejected invites of fans and friends she tried to invite to her IG Live. “I need someone to talk to,” she said. Eventually, she finally gets a willing caller: Cruz in the form of @dumpsitegallery. Sounds exactly like the romcoms we grew up with.

For a constant witness of Philippine showbiz culture, a celebrity joining a love team means them skipping maybe three difficult steps on the way to finally having a solid name recall. Some of today’s A-listers went to the same formula of being in two to four experiment pair-ups until scoring a solid love team—which serves as their one-way pass to stardom.

But this instant stardom via the love team route also promises fragility. With just a couple of unconfirmed issues, not only the love team—but also the actors as individuals—are put to risk. Worst case? A love team is likely to break when either one of them reveals having a relationship with another person. Or in the reel-to-real love teams’ case, when they break up IRL.

This popular scenario reveals how love teams’ viewership depends greatly on the chance of the onscreen couple becoming real-life lovers. We can’t entirely demonize this, because knowing that your ship is actually sailing outside the cameras makes the experience more exciting. However, shoving these fantasies down our ships’ throats—and forcing them to fall in love beyond their job descriptions—can be toxic as fuck. It doesn’t spell out support.

So, where do we go from here? We look at the Bea-JLC tandem’s anatomy. In last night’s IG Live, they did a quick catch-up: Tested their 18-year friendship with burning questions; talked about privilege, government accountability, killings and mental health; and capped it off with kilig-fueling exchanges. To say that everyone waxed nostalgic is an understatement.

While throwing popular lines from their iconic films, Cruz delivered what seemed like an original piece. “Nandoon ka ’nung nagmahal ako, nandoon ka noong nasaktan ako,” he started. He kept saying how grateful he is for the person, even if he couldn’t really decipher what they are. “Pero okay lang, kasi ang mahalaga ay ’yung nandoon ka,” he continued. With this Bea asked, “Anong movie ’yan?” Cruz responded, “Wala, gusto ko lang sabihin.”

Just when we thought everything’s over, Cruz started singing “You Are My Sunshine.” In the middle of this, Alonzo blurted out, “Na-miss kita,” to which Cruz replied, “Na-mi-miss kita.”

All their shippers probably ended up being that disassociating “Madagascar” penguin meme, because what the fuck, that’s just sweet.

Fans have been trying to crack the code, bringing up Alonzo and Cruz’ IG posts weeks ago. As part of Unconfined Cinema, they were set to perform a “fictional love story about these times” on the platform, which brought everyone debating whether the whole thing was real or not. We’d love to know too, but do we really need to?

Alonzo and Cruz’ tandem trumps the pressures of a popular love team.

If anything, Alonzo and Cruz’ tandem trumps the pressures of a popular love team. Looking at their timeline, speculations about being a real-life couple weren’t needed for them to be effective. Their long-ass filmography went by along with their relationships with other people. Their dynamic rings different, too, as they got separated for years to be paired up with other stars. But every time they go back, it’s as if their tandem was never disturbed. They’re a living classic.

Like their oath to their careers, it has always been a great mix of A+ acting and dedication. And maybe it’s about time we realize again that love teams can work even if the two are just really—like how they always say—friends. I mean, come on, even if they’ve been rejecting our fantasies to be official for years, we still didn’t sleep well after that IG Live. We’re hopeless as ever, but we’re enjoying the ride.

So if the whole conversation was part of Unconfined Cinema, they’re doing a good job. If there’s one love team I’m willing to be led on by, it’s definitely Bea and JLC’s. After all, it was John Lloyd’s feet video with Bea—which was probably part of the plan, too—that prompted me to rewatch their films.

Name another love team that has the same power over us. I know you can. But the recall just won’t be as quick. Cue Shirebound and Busking’s “Lloydy.”

Read more:
Society’s hatred of love stories may just boil down to misogyny
5 romcoms that are for non-romcom people
How to make a short film, according to these directors

SHAREFirst, we got the merch. Now, 88rising themselves are inching closer towards us,...