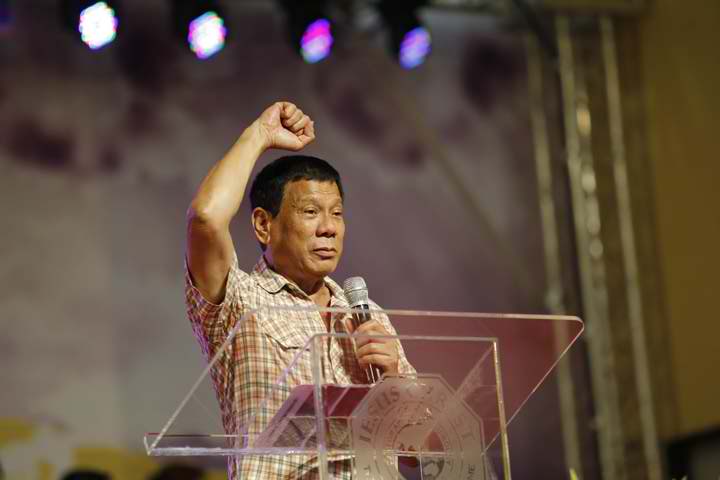 With the new administration comes a welcome whiff of fresh air in the country, as everyone’s optimistic from the promise of change the new administration pledged to achieve. Change is coming, they say, but maybe change is already here. Death of a big sum of alleged drug dealers, that’s certainly a change, isn’t it? Everyone’s attitude has shifted, either for the better or for the worse; maybe it’s too early to tell. But regardless, change is definitely coming, and that’s inevitable. As the president changes, the people change—and in effect, the state and society change with it.

As our good friend and reliable philosopher Plato explains in The Republic, one of his most famous and widely read dialogues with Socrates, the change and decay of states come from the eventual change of its people, therefore making everything an inevitable and natural path everyone follows.

Governments will decay and one form of government will change into another, inevitably following a certain cycle that is as natural as the changing of man. He explains that “the States are as the men are; they grow out of human characters,” which means that the state is basically a reflection of its citizens: who the people are and how the people act, that’s what the state will be.

In our case, how we act as citizens and as a people dictate what type of state or government we have. If the people are greedy and money-driven, that is how our government will be—always prioritizing material goods and riches. When the people’s behavior changes, the government changes with it. And since man naturally changes, grows, and develops, it is in no doubt that the government will change as well.

[pull_quote]In our case, how we act as citizens and as a people dictate what type of state or government we have. If the people are greedy and money-driven, that is how our government will be—always prioritizing material goods and riches.[/pull_quote]

If this is the case then, are we still a nation wherein everyone is free and everyone is treated equally? Ultimately, are we still the society and nation that overthrew corrupt presidents with the voice of the people? Are we still the democratic people we believe ourselves to be? Or have we changed into a state that is so fixated on the concept of freedom, that we only prioritize our own (and not others’)?

“The insatiable desire of this [freedom] and the neglect of other things introduces the change in democracy, which occasions a demand for tyranny…”

Why did most people vote for who they voted for and why did President Duterte win? The country was—is—in so much chaos and disorder that the people wanted someone who can restore order and peace in the country. That’s what we looked for as a nation in the recent elections.

Tyranny is the last stage in the cycle of governments, and as Plato stated, it arises from democracy. This happens when the people in a democratic state become so fixated on their own freedom that they neglect others people’s freedom and disorder. Chaos starts to rise because each person is just focused on his own wants and needs, without keeping in mind the country and nation as a whole. We have become a people too focused on freedom that we lost discipline, and too focused on our own freedom that others become slaves. Isn’t that why people believed that Duterte can change our country, because we believe we need an iron fist to discipline other people?

From a country that merely needed a leader that prioritizes national interests, national development, employment, and the eradication of poverty, we have turned into a country that believes it needs a leader than can discipline us, first and foremost, and a leader than we believe can end crimes, believing that the rest of what we need as a country will follow. This is precisely because we perceive what the country should fix first.

Whatever the case, we have to face the fact that the leader we have now is strong and ready to fight whoever opposes the laws he believes in, for both the good and the bad. President Duterte may not be a total tyrant yet, but he definitely has the makings of one. If what Plato said centuries ago still holds true today, then we may be on our way to a tyrannical government—maybe, hopefully not with the administration we have today, but certainly someday if we follow the natural course of man, and eventually, of the state. It’s up to us, then, to figure out what we want to do with ourselves and this tyranny. If we want to accept it.

And let me leave you with this ending quote from Plato:

“And this is real tyranny, about which there can be no longer a mistake: as the saying is, the people who would escape the smoke which is slavery of freemen, has fallen into the fire which is the tyranny of slaves. Thus liberty, getting out of all order and reason, passes into the harshest and bitterest form of slavery.”

SHAREHey filmmakers around Calabarzon, it’s time to get your stories out there. The...