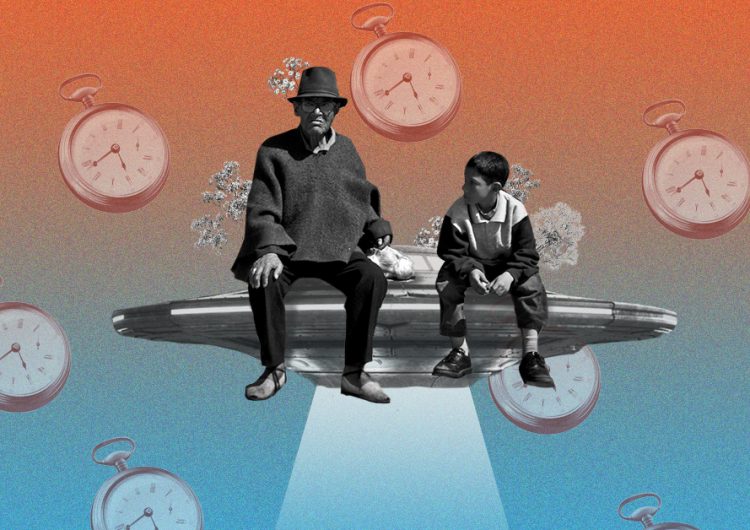 Territorial markings. As a kid I learned that these are what animals are good at making. Sometimes, I thought, maybe these make up for their inability to speak. As a kid I also learned that animals had lived on Earth before we did. Territorial markings. It’s crazy how these were needed to be planted, as if animals thought we would eventually forget how they were here first.

My grandfather was the guy you’d want to be seatmates with in high school. Here’s what his Mongol pencils probably looked like: heavily-consumed, beaten up to their point, because of the multiple rounds of borrowing they’d go through. His pencils were worn out, but if he noticed you needed one, he would have even bought you a new one. That’s true, even if he himself would have to peek into his wallet three times, just to make sure he still had money for one mamon. 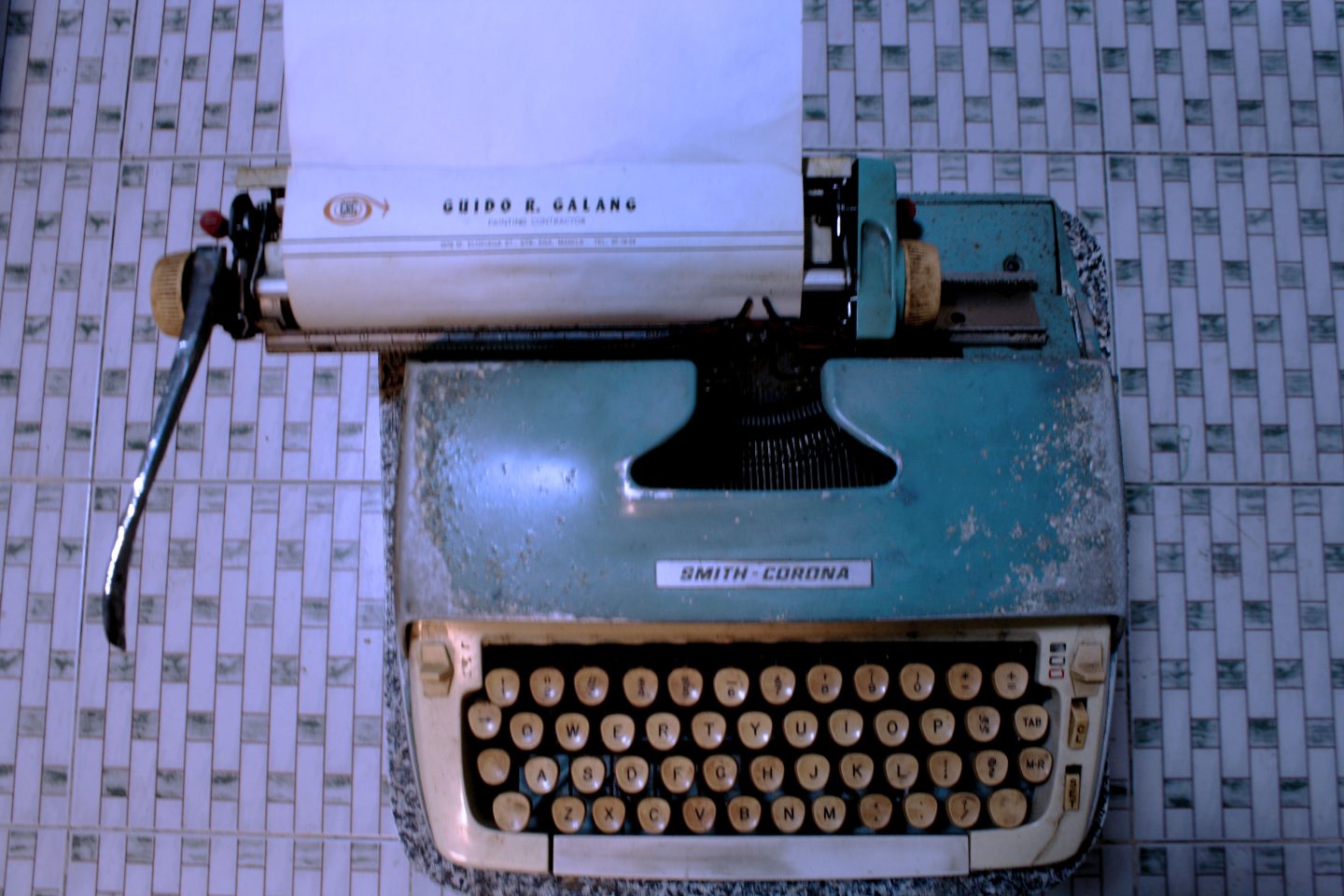 My grandfather wasn’t able to finish college, but for me, he was the smartest in the family. Despite being raised in financial struggle, he was able to be a painting contractor for more than three decades—a business of his own. Before that, he was even an industrial painter in Guam. He was an artist. He had a knack for colors. My aunt would even drop by his room to get feedback on her outfit. Not to check if her skirt is too short, but to know if her shoes matched her top, or if she was wearing the right necklace. He knew how to juggle, play guitar, and take good photographs—I still have his camera with me.

I knew all of these and more because I lived two decades of my life with him. Breakfasts meant listening to his rants on politics and design. Lunches were for his life stories. And dinners were for mine, because he made efforts to know about my life too. It wasn’t hard to love Tatay. 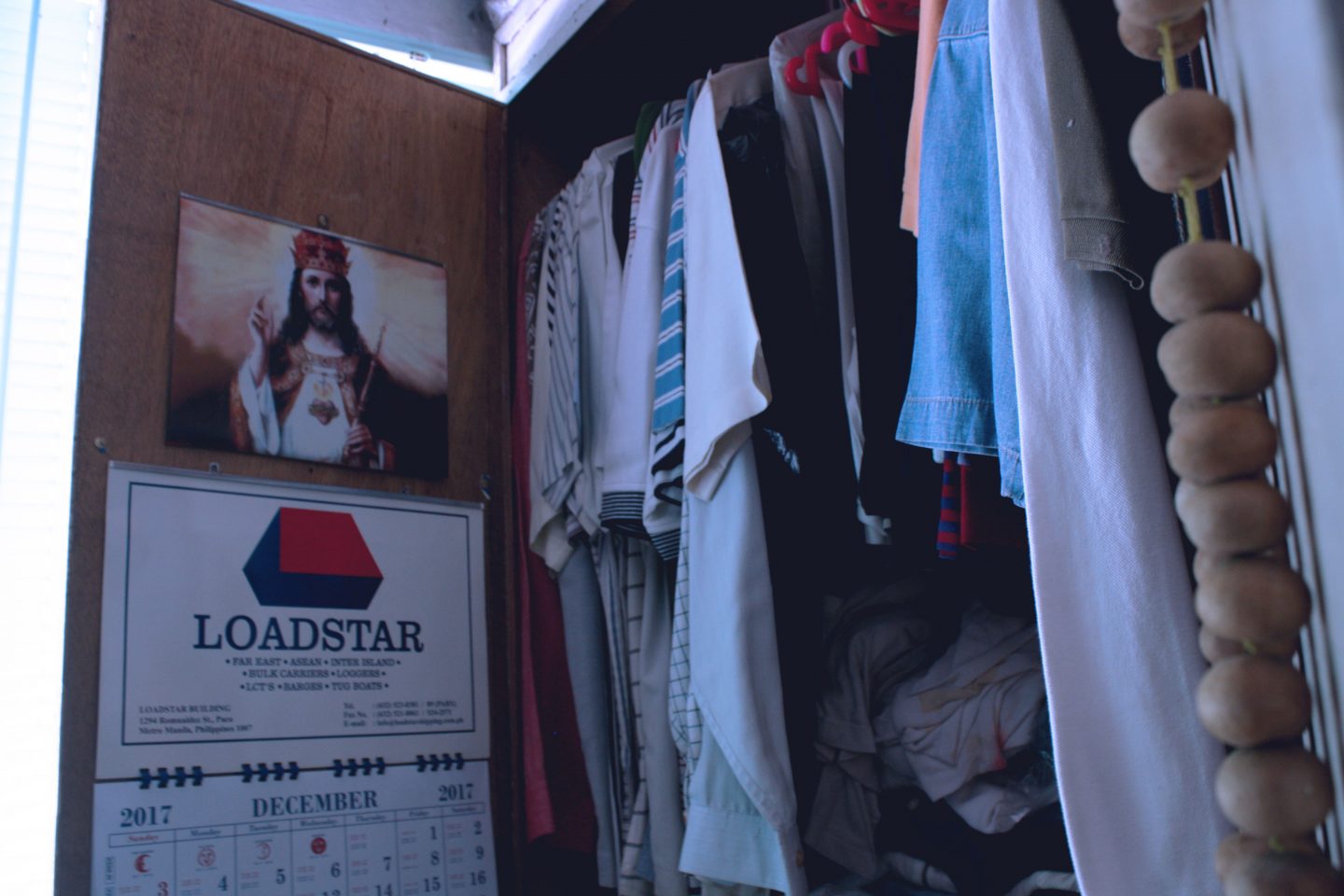 Two days after Tatay’s death, I tried writing a Facebook essay for him. Before posting, I left a quick “I love you” in the end. Then my younger cousin, who was right beside me, curiously asked, “Did you ever tell him that in person?” I didn’t.

I love Tatay with all my heart, but it never crossed my mind to say it. With my lips moving, my vocal chords in play, suddenly puffing out some air in the end. I love you. Was I a bad granddaughter? Did I fear saying I love you to people whom I know would be saying goodbye soon? Maybe it’s the latter. Maybe I was scared to be that vulnerable and it’d be more painful to look back to if I wear my heart on my sleeve. 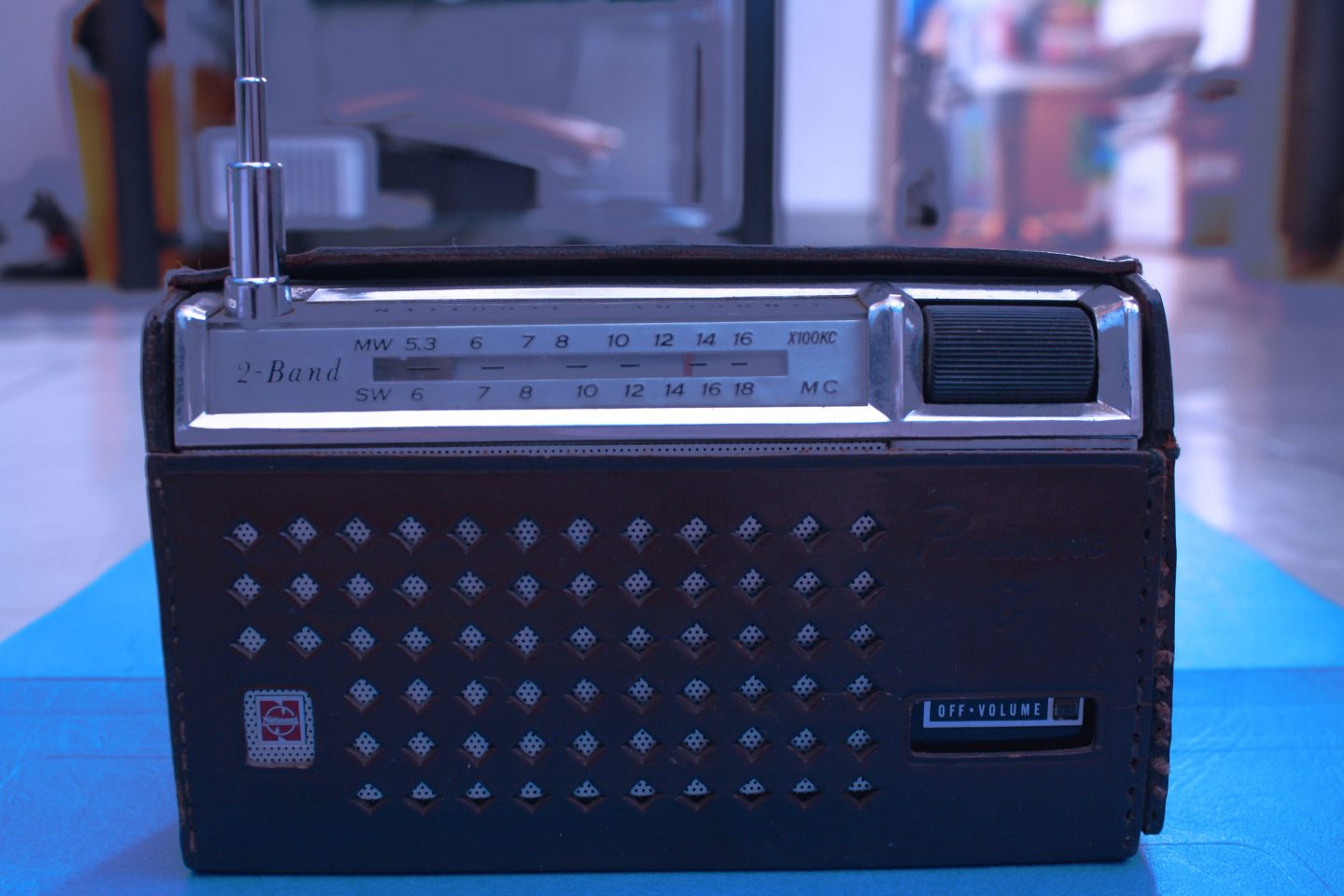 I battled this question on the way back to the chapel. It was my turn to keep an eye on his wake again, so I could finally play the AVP I made for him too. As the TV near the altar showed it, several visitors started asking about me, and my family began telling how Tatay was so eager to see me wearing the Sablay on my graduation. Too bad he was gone four months before it happened.

My family continued talking about me, and suddenly dad made me remember what happened on the day of Tatay’s passing.

Read more: The pains of trading Christmas for oxygen tanks instead

Thanks to the two-street-away distance of University of the Philippines Manila and Manila Doctors Hospital, I had the chance to stay with him in between classes when he was hospitalized. On the day of Tatay’s death, I was supposed to head straight to school for my 7 a.m. class and just visit Tatay during the break, but my phone suddenly stopped working for no reason. Since I couldn’t get through the day without it, I decided to go to my dad to have it fixed before I went to class. In that case, I got to visit Tatay that morning, as it was my dad’s shift in watching over him.

Tatay took his last breath just after I had left his room. 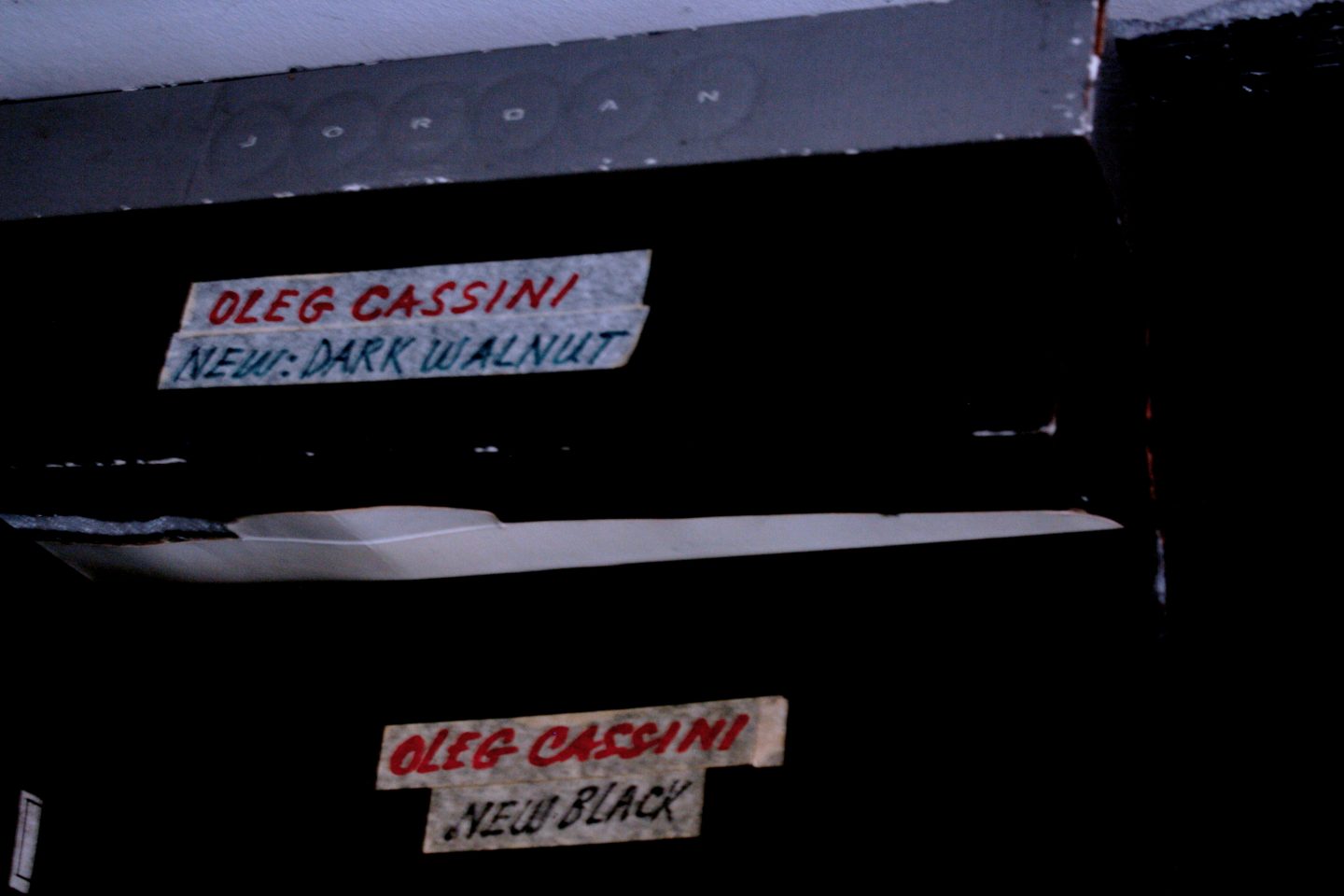 “He might not have made it to your graduation, but I’m sure he did his best to wait for you,” my dad said. Although it sounds kind of silly, I choose to believe this. For a seemingly cynical person who’d secretly laugh at my family’s superstitions, this is something I hold onto. Why not? This sounds like something Tatay would do. And that hit me. Tatay also never told me he loved me, but I’m confident that he did. Maybe Tatay and my love language was the same—it counts more on actions.

I don’t know how he did it, but Tatay always knew what I needed even if I didn’t say it. There were days I needed additional money for college matters, and even though I’d only say the rountinary, “alis na ako, ’Tay,” he’d give me a part of his pension, as if he read my mind. One Christmas Eve, I casually checked out his turntable, realizing much more how amazing it was. He gave it to me just an hour after. When I was in pre-school, Tatay was good at sensing my sappy mood because of a bad day with bullies. Just when I needed it, he would blurt out how proud he was for having a smart granddaughter.

I might not have expressed it in words, but my love for Tatay reached countless Queen and The Carpenters vinyl records we shared; numerous plates I put food on when he was too sick to eat; and his tombstone I designed with my dad, even if I was too sad to use Photoshop. It might not be the best love language out there, but I’m at peace with the fact that it reached somewhere.

My family often tells me they see Tatay in me—my music taste, selflessness, love for art, and even the way I reprimand people to “not be slaves of money.” But I think it’s more than that. Now, I’m capping off this essay in this bedroom he shared with my grandma. Only a few things have changed here a year after his passing, but even if this gets an overhaul someday, I know we’ll still see him in this place. We’ll see him not only in this bedroom, not only in me, but in this whole house. Our whole house is his bedroom. 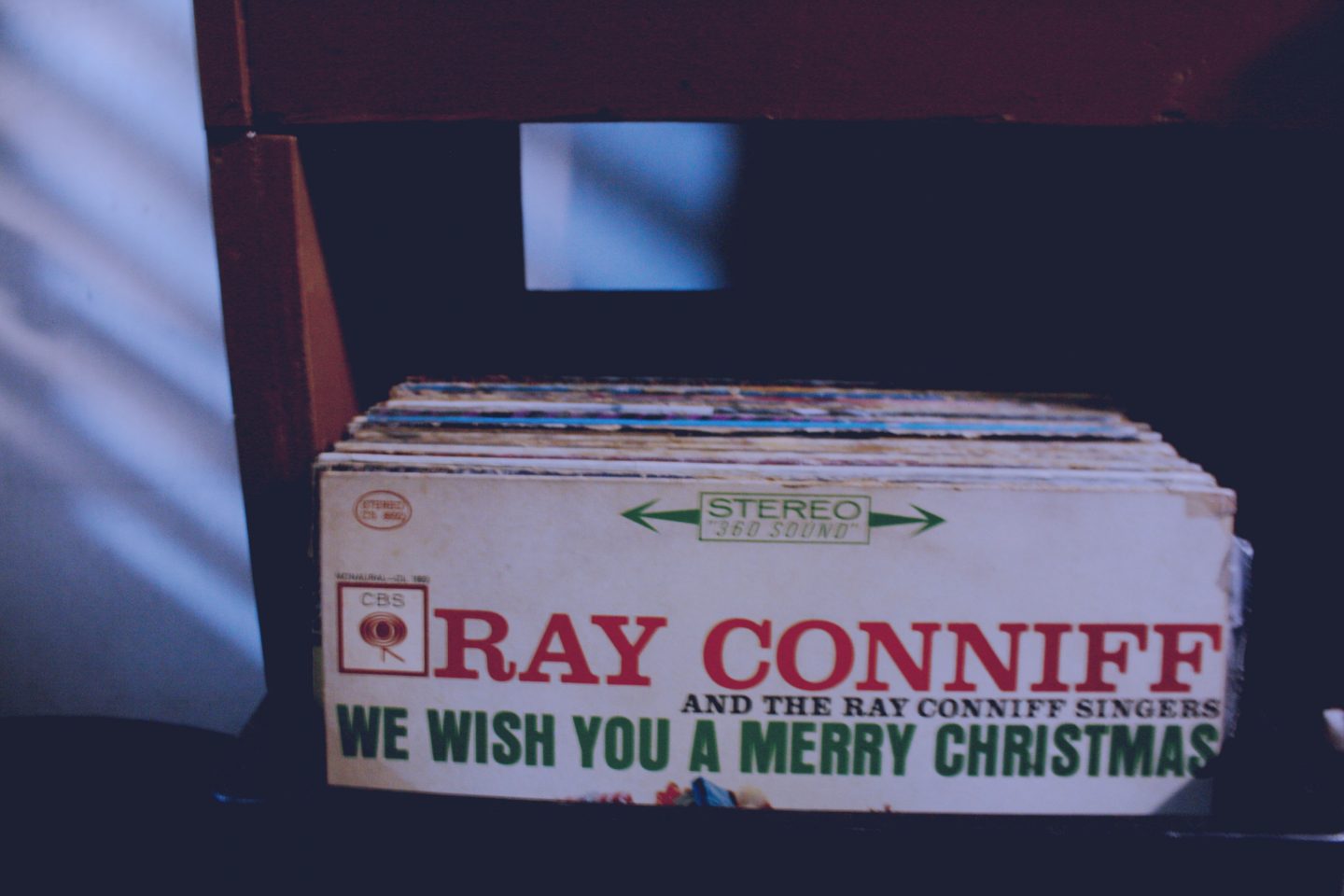 They say grief comes in seven stages, but mine surely is a chaotic mix of everything. Some stages repeat, while some creep in the most random times. I even think it would never end, but I don’t mind. This one, after all, also reminds me of the kind of love that surpasses words. In some way, this action-based love is what our world craves. We should do more of it.

If Tatay were an ancient animal, his territorial markings might have been evident until now.

SHAREThere’s no one way to define “home.” If anything, our concept of home...