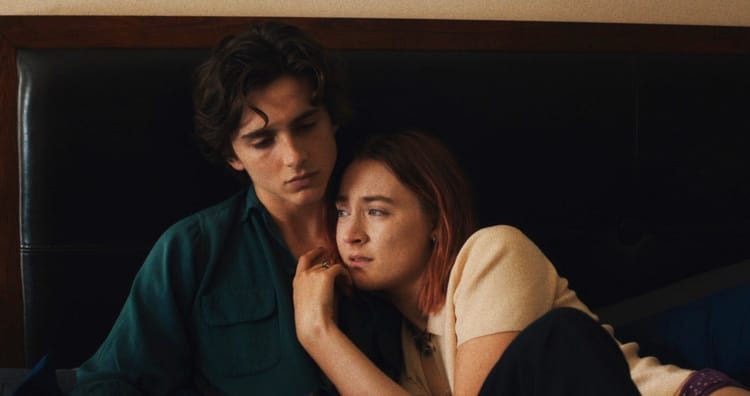 Fans have been shipping Saoirse Ronan and Timothée Chalamet since they ruled 2017 with Lady Bird, in which they were in a failed relationship (primarily because Timmy’s character Kyle was a dick), and Call Me By Your Name. But in their reunion film, the adaptation of Louisa May Alcott’s Little Women, helmed by Lady Bird director Greta Gerwig, Timothée and Saoirse aren’t giving us a sappy love story.

“I loved that in Lady Bird, he was the one that broke my heart, but I got to break his heart in Little Women,” Saoirse tells Vanity Fair. That’s a big FU to Kyle! Instead, what they have in Greta’s adaptation of Little Women is an intense friendship. The exclusive first photos from Vanity Fair shows just how intense it is (see second photo from Vanity Fair’s IG post)!

Here, Saoirse plays the strong-willed Jo March, the boyish sister to Meg (Emma Watson), Beth (Eliza Scanlen), and Amy (Florence Pugh). Meanwhile, Timothée essays the role of Laurie, a heartthrob who falls in love with Jo. As much as there is romantic chemistry between the two, they don’t end up together. And we don’t have a problem with that—Little Women is a story that explores gendered relationships beyond the romantic one.

“Jo is a girl with a boy’s name, Laurie is a boy with a girl’s name,” Greta tells Vanity Fair. “In some ways they are each other’s twins.”

Read more: A ‘Call Me By Your Name’ sequel is officially happening and we are ready to cry again

Greta’s version of the film will be third adaptation of the novel. The second adaptation was made in 1994 with Wynona Rider as Jo. It’s set for release on Dec. 25 in the US. Since that date is reserved for Metro Manila Film Festival, we might have to wait until early 2020 to see the film.

SHAREIN PARTNERSHIP WITH BUMBLE You better believe that this time of the year,...

Want to cancel your GrabFood order? Then, you need to call Grab