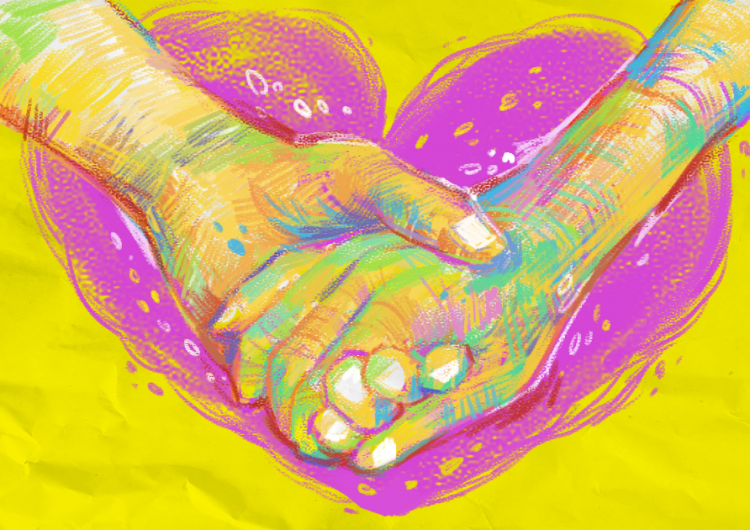 If there’s strength in numbers, then the Philippine LGBTQ+ community must be pretty damn strong.

Last 2018, Metro Manila Pride broke records in Southeast Asia as the biggest Pride March in the region. With 25,000 attendees, that’s triple the amount than all the Pride rallies that came before it. If that’s any indication of tomorrow’s attendance, Marikina had better be ready for tens of thousands of people marching its way.

Straight people can come to support the cause and are very much welcome to march with the community, but we have to know that we’re coming in as guests.

Of course, right beside the thousands of wonderful LGBTQ+ individuals who are set to attend, we can also expect the community’s wonderful allies to be present and march in solidarity.

But before all that, let’s get one thing straight: Allies are called “allies” for a reason.

Straight people can come to support the cause and are very much welcome to march with the community, but we have to know that we’re coming in as guests. And as any good guest knows, there are some do’s and don’ts when you enter a space that you’re only invited to.

I’m assuming that by opening this article, you’re an ally who wants to learn more about how to be a good neighbor, friend, sibling, child, or maybe even parent to your LGBTQ+ loved ones. Or maybe you just want to be a more considerate human being. Whatever the case, you can read on for some tips on how to be a better Pride March ally.

The struggles of the LGBTQ+ are very much intersectional. If you want to talk queer issues, you’ll have to talk workplace, the youth, poverty, religion, and so much more. To be a bona fide ally, you need to do your best to empathize with the community. Understand their struggles so you know how to defend and protect them whenever you can. Know the names of the people that started the movement and pay respects to the roots of the revolution. Know the everyday struggles that the LGBTQ+ face: the oppression in employment, the heightened statistics of depression and self-harm, even discrimination within the community like bisexual erasure, and the senseless violence they face just by being who they are out in the open. You might never fully sympathize with their experiences, but you can try. Scratch that: you have to try.

You can go ahead and slap on rainbow eyeshadow and rhinestone stockings for Pride. But as an ally, you have to know that this is a privilege. Clothing like this can be just the day’s fashion choice for you, but it must always be a brave display of identity for the LGBTQ+. Straight individuals move in a world where their identity is a default, which means things come so much easier. Mundane acts like holding your heterosexual partner’s hand in public or being a cisgender man wearing clothes from the men’s section isn’t questioned. It isn’t a spectacle. It isn’t frightening. However, people from the community rub off their rainbow paint and hide their flags while they travel back home to a conservative household, having to cover up their true selves again.

Don’t take up space that’s meant for the community

The A in LGBTQIA+ isn’t for allies, folks. Once you understand that you are privileged, you must also understand that Pride is a hundred percent not about you. Pride is meant to celebrate and give a platform to the queer community, period. The best thing that allies can do is to step aside, listen and understand the stories and struggles of the LGBTQ+. Straight people should not go to Pride just to whine about how they’re so confused about all the genders and pronouns and sexualities, or make LGBTQ+ individuals uncomfortable with invasive questions. As an ally, you must always move with respect, consideration and understanding of the community. And hopefully, that goes for your everyday decisions, and not just during Pride.

You’re not going to Pride just to party

You might think Pride is all just dance parties and confetti, but it’s a very layered tradition. Quick history lesson: The reason why June is Pride month is because back in June of 1969, the Stonewall riots took place in New York City. A transwoman activist named Marsha P. Johnson threw the first brick at Stonewall Inn when police officers raided the gay bar. This is why Pride is so much more than just a party. It’s a display of solidarity against the powers that be that marginalize the community. It started as a politically driven event like the Stonewall riots, and it will continue to be a politically driven event decades and decades after it first started—and for as long as it takes until the community gains the rights they deserve. So as a guest in the annual tradition, make sure to learn the story and march with purpose.

As an ally, you must always move with respect, consideration and understanding of the community.

Be an ally all year round

What we’re not going to do is tokenize Pride. Just because you went out and marched for a few hours and posted a few Instagram stories of rainbows doesn’t mean your work as an ally is done. To be a true ally means supporting the community when they’re at their most vulnerable, which is every day. Initiatives like the SOGIE bill, for example, need to be visible and talked about until we can make enough clamor to help it pass the Senate. There’s also the small everyday things, like standing up for a bullied LGBTQ+ person online or correcting a friend who misuses another person’s pronoun. We can never drop the fight for the LGBTQ+ community because LGBTQ+ rights are human rights, and human rights should always, always be upheld and defended.