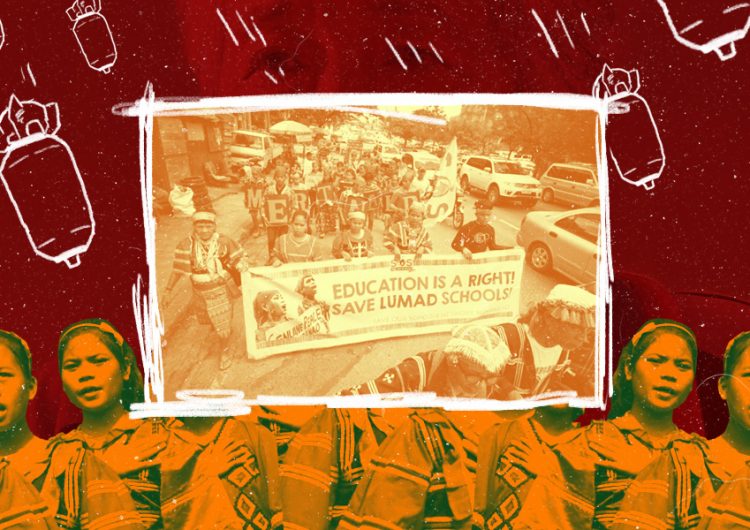 The lumad schools, which have been facing countless air strikes and even a threat from President Duterte himself (“Get out of there. I’ll have those [lumad schools] bombed, including your structures.”) have yet again experienced the wrath of the current administration. And this time, the control is pretty obvious.

On Jul. 14, progressive groups rallied against the Department of Education’s (DepEd) latest order suspending the operation of—surprise—55 lumad schools. These schools house indigenous children in the Davao region, and are operated and owned by the Salugpungan Ta’ Tanu Igkanogon Community Learning Centers. Just with the tip of this iceberg, everything sounds weird and scary. And weird.

Read more: The ways Duterte is following a dictator’s footsteps

Signed last Wednesday, Jul. 10, the order was rooted in the accusations by National Security Adviser Hermogenes Esperon Jr. which includes “left-leaning ideologies” that are said to be taught in lumad schools. These teaching ideologies in the lumad school system were said to include: their deviation from the DepEd curriculum, the presence of children in protests, having to learn the communist anthem of the New People’s Army (NPA), and the overall teaching technique which make children go against the government. With that, we say in unison: What the hell is going on? If anything, this ain’t it, DepEd.

The order then asserts that these acts violate the Constitution. Inquirer reports that Esperon aims to end the local “communist insurgency.”

Bayan Muna Rep. Eufemia Cullamat condemned the order, describing this act as “unjust and a denial of lumad children’s right to education.” Meanwhile, Salugpongan, the operator of these suspended schools, also expressed their desire to appeal the order.

Rep. Sarah Elago of Kabataan Partylist also expressed her dismay, “Why is DepEd cracking down on schools and joining the red-tagging party instead of addressing the Lumad’s perennial struggle?”

Lumad schools like the Salugpongan exist as avenues for children of the IPs (indigenous peoples) to have access to education, despite being in remote areas. These places have also become alternatives to mainstream institutions that “tend to downgrade IP culture.”

Ever read DepEd’s mission? Well in case you haven’t, it states that they aim to “promote and protect the right of every Filipino to quality, equitable, culture-based” education. But what’s up with the blatant red-tagging? We’re pretty sure that’s not the “protection” they want to talk about. Hopefully, the next DepEd order roots from enough factual basis. Because, well, lives of children are at stake here.

The Safe School Reopening Bill has just been filed. What’s in it?

SHAREWords and Illustration by Grace de Luna Photos courtesy of Netflix I came...

SHAREGrowing up in the Philippines means you grew up somehow superstitious. We believe...