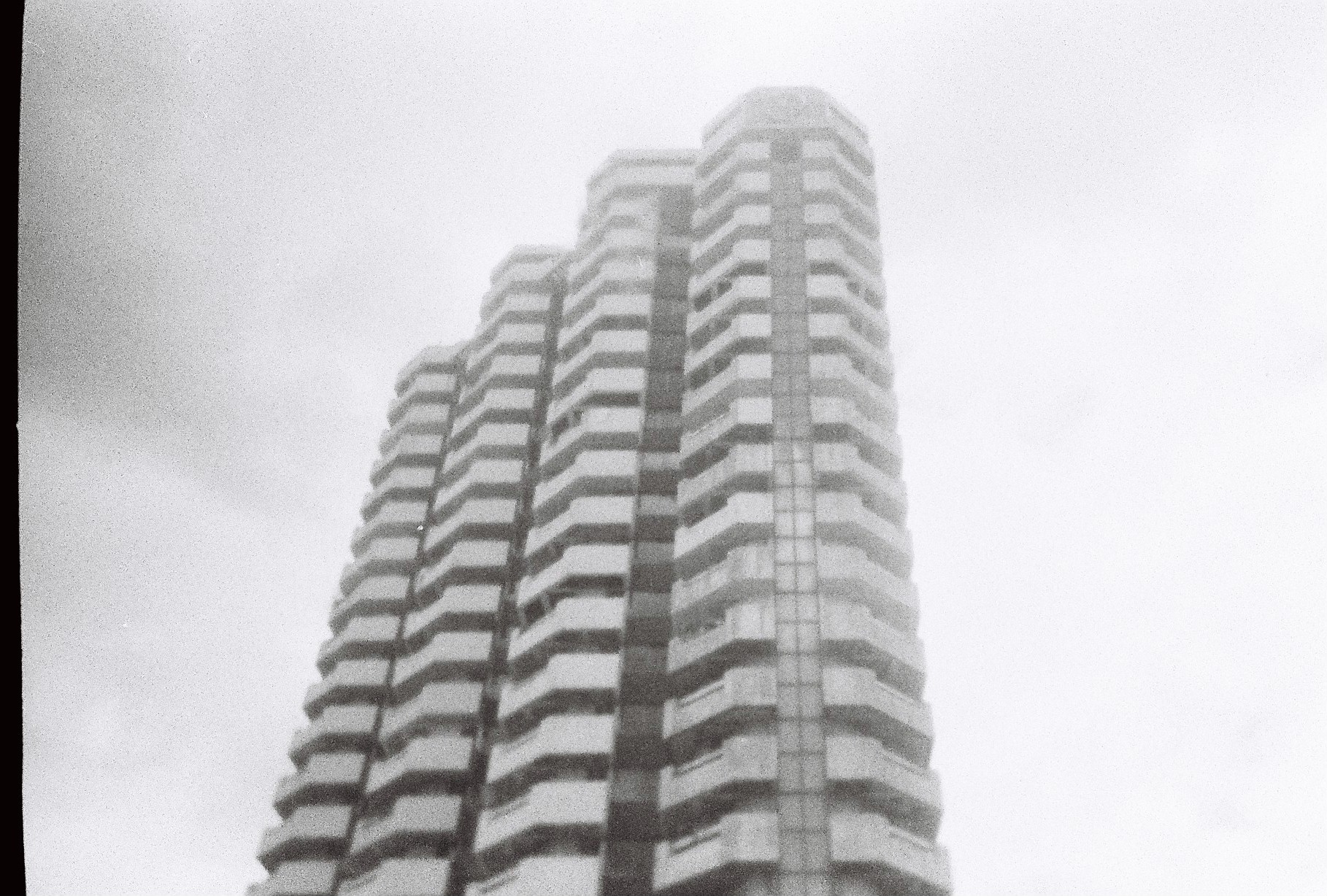 If there’s one thing we know about Laguna-native Jett Ilagan, it’s that he’s always working on something new. If he isn’t cooking up eclectic electronic beats as Escuri, or playing guitar for Turbo Mouse, or synthesizer for Between Archery and Olympic, he’s busy making more art, as a visual artist. This time, straying away from his usual character illustrations, Jett takes the uncharted path of photography and assembled a collection of monochrome film photos he’s taken from 2015 to 2017 and threw himself an online exhibition of his own on his Instagram @jettjettaww.

Titled Tugon ng Tunog, Tunog ng Tugon, the audio visual exhibit harmoniously combines noise and art with a series of washed out segmented photos supplemented with audio recordings of sounds like the rain, a dog’s barking, and a xerox machine. All sounds, which alone could seem like mundane everyday noise, but somehow translate to art when infused with the visual aspect. A little bit uncanny with a touch of nostalgia, the Instagram-exclusive exhibit serves as a commentary to the current generation’s deteriorating “hearing” ability to listen or tune in to things due to over-usage of devices.

With that said, Jett asks you to put your “earbuds on, volume level at 60%, and timer at 60 minutes” before you scroll down his profile, to fully soak in each piece of art one by one.

Ask yourself: Are you really boycotting Colourette, or are you just that pressed...

SHAREBy Celene Sakurako There’s a new streetwear brand in town and it goes...

SHAREUhm, what the fuck just happened? This is my initial thought after watching...