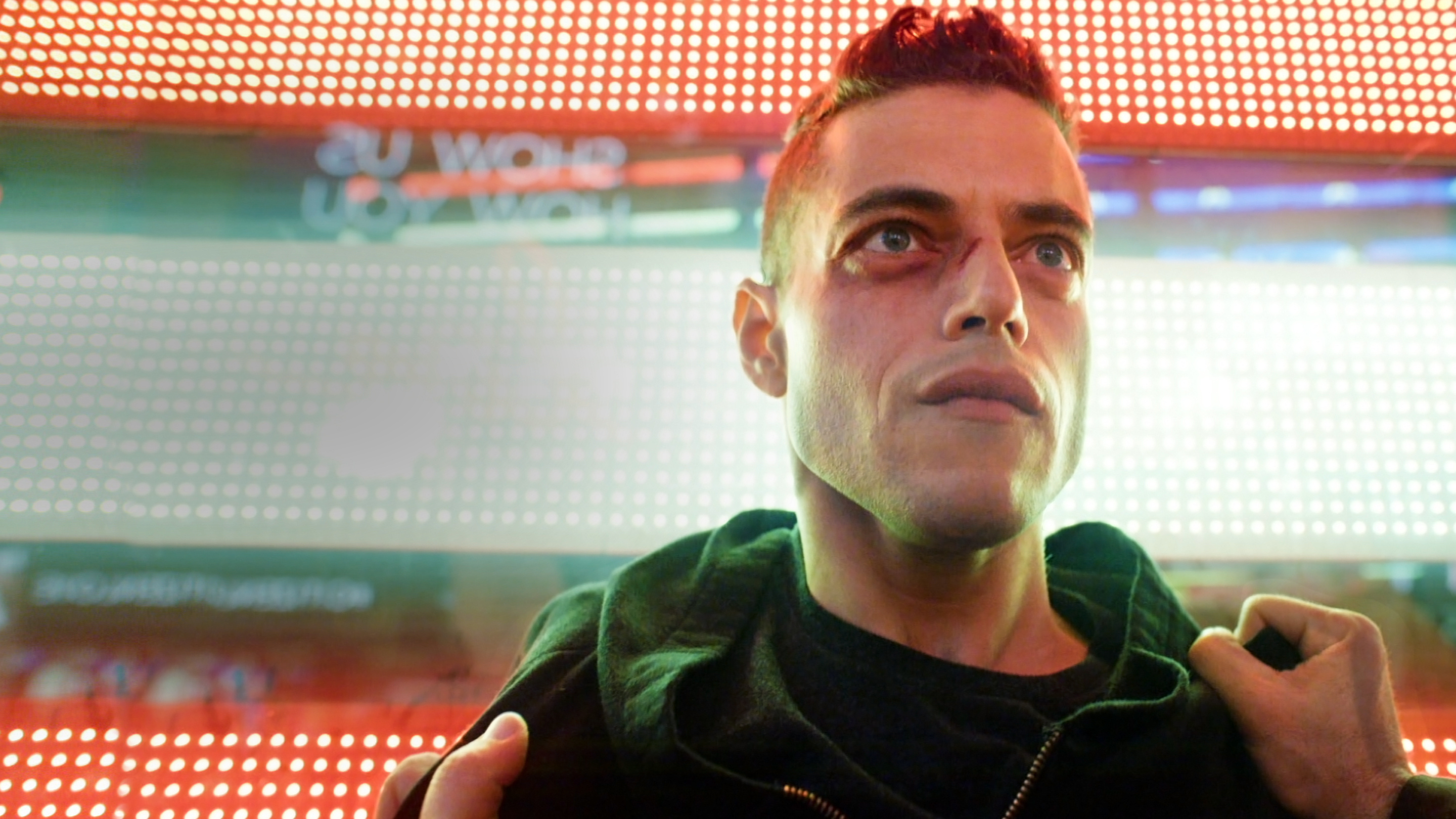 I watched the first season of Mr. Robot in the span of a week, less than a year after the first episode aired in June last year, and a month or two after my circle of friends talked about it non-stop. They talked about how cool the premise was: a cybersecurity engineer who hacks for fun gets asked to join a group of hacktivists whose main goal is to remove all debts by attacking large corporations. In a world of Edward Snowdens, Occupy Movements, and anonymous hackgroups, Elliot Anderson was vindication against the system and liberation for the digital native. The first episode yanked me out of my comfortable after dinner viewing time and thrust me to an early morning binge watch and needless to say I was hooked. I finished the season with my brain engulfed in a sense of both alarm and quiet distrust of the system I actively participated in; it was like the whole purpose of the show was to slap you and gently whisper to you, “stay woke.” I was woke af. Or at least I felt I was.

The biggest insight I could gather from Mr. Robot was that the weakest link in every system was not a bug in a code but living, breathing, people. Personalities, emotional states, and generally the capacity to be nice could easily be maneuvered to ruin your life. Friendly, seemingly innocent questions regarding your first pet and your hometown could be used to break into your social media accounts. Dubbed social engineering, the practice is terrifying and terrifyingly easy. There’s even a whole subreddit dedicated to acts of successful social engineering.

But for the better part of me, I haven’t done anything to secure my identity online aside from being mindful about what I share in social media and changing my words. There are probably morsels of who I am scattered in cyberspace—failed blogs, an inactive Twitter—but surprisingly, I’m not alarmed. Should I be concerned? I probably should. What if, say, I decide to run for public office and some news site finds something incriminating about me? Are my digital skeletons in the closet safe? Do digital skeletons in the closet even exist? Every and all information we upload to the web probably stays far longer than what we’re comfortable with.

[pull_quote]There are probably morsels of who I am scattered in cyberspace—failed blogs, an inactive Twitter—but surprisingly, I’m not alarmed. What if I decide to run for public office and some news site finds something incriminating about me? Are my digital skeletons in the closet safe? Do digital skeletons in the closet even exist?[/pull_quote]

I’m willing to bet 90% of all millennials aren’t aware of the full consequences of what information we share online. I’m also willing to bet that more than half don’t care. Will we care 10, 20, 50 years into the future? What if my grandson finds something he wouldn’t like about me? What if the future president of the Philippines had a sex scandal during his teens? Will we be fine with the digital skid marks on each other as we constantly, frequently, throw ourselves under the bus?

Mr. Robot‘s second season premiered recently. The show is on its third or fourth episode. I haven’t begun to watch it, and since I don’t see it on local television I’m probably going to stream it or download it somewhere. My antivirus would probably keep me safe from any malware or virus my computer will catch. I’m safe, for the time being, I guess.

SHAREManila food and beverage businesses are still struggling to survive. Although delivery is...