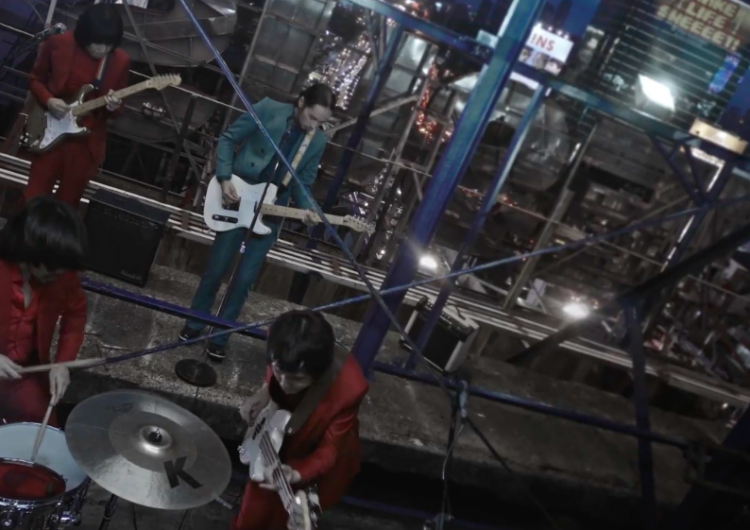 Uhm, what the fuck just happened? This is my initial thought after watching Rico Blanco’s MV with IV of Spades. That, and it’s also the MV’s overall vibe.

Read more: Prepare to get blown away by this hyperaware IV of Spades fanfic

With another surprise drop, our boys from IV of Spades, with ‘00s Pinoy rock icon Rico Blanco, released the music video for “Nagbabalik.” This is Rico Blanco’s first single after a two-year break from the music scene. As for the boys, this is their latest track after diving into their nationwide tour.

It’s a simple heist-themed visual. Both IV of Spades and Rico Blanco meets up in an abandoned building to strike a deal. It’s riddled with heist-like vignettes with performances from the musicians in between. Also, can we just say, we’re loving those teal and red suits!

Read more: Are you ready for UDD x IV of Spades’ US tour?

This is only the start of their collaboration, leading up to their concert on Aug. 3 at the Metrotent Convention Center in Pasig. If this collab’s whole vibe will be “oh my god, did that just happened” throughout, we wouldn’t mind getting caught off guard one bit.

The last thing you want is to immortalize your internet persona as “The...