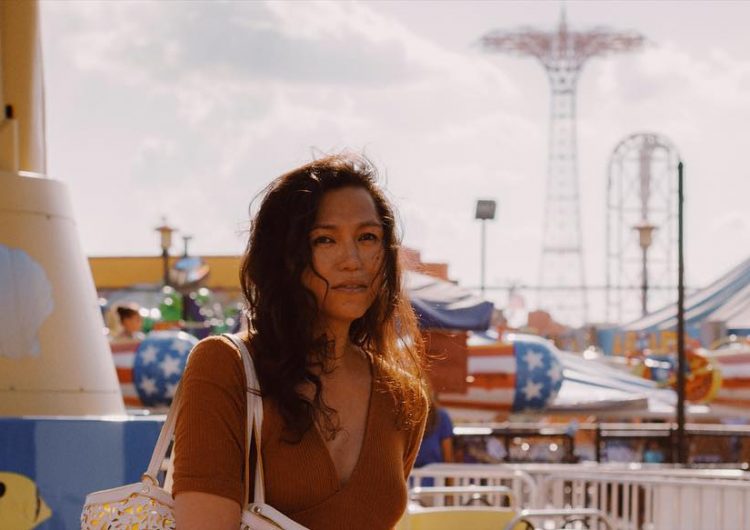 2019 is the year that has seen children in cages and transgender military troops banned in President Donald Trump’s America. When one world power so blatantly displays a disregard for the marginalized, bigotry becomes more empowered in the rest of the world. We need visibility for intersectional stories about race and sexuality now—and this film has all of that and more.

Lingua Franca is an independent drama film about a Filipina transwoman named Olivia, who is also an undocumented immigrant living in Brooklyn, New York. There, she works as a caregiver and, amid the turmoil of Trump’s America, also falls in love with a Russian-Jewish man.

The film is written and directed by Fil-Am Isabel Sandoval, who also stars as Olivia. Her story unmistakably has many parallels with Olivia’s as a transwoman immigrant Filipina herself. Isabel wants to portray immigrants not just as victims, but “as people with dignity and how they are resilient and strong and survive in the crisis that they have to deal with,” she says in an interview with ABS-CBN.

The film also goes down in history as the first American film to be written, directed, and starred in by a transgender Filipino. Frankly, there’s no better time for this breakthrough than now.

It’s the last day of the #Kickstarter campaign for the new independent feature @linguafrancafilm. Olivia, an undocumented Filipina transwoman working as a caregiver in Brooklyn, falls in love with a Russian-Jewish man. Produced by Academy Award and Tony Award winners and starring @mattmcgorry (Orange Is The New Black), Lynn Cohen (Sex and the City) and @msivoryaquino (ABC’s When We Rise). Written and directed by Isabel Sandoval, Lingua Franca is shaping up to be the highest-profile picture about a trans woman of color that is created by a trans woman of color. Be part of a timely, fearless film. Help bring Lingua Franca to the big screen. Donate now! Link in bio. #linguafrancafilm #transgender #trans #lgbtq #diversity #immigration #kickstarter #crowdfunding #independentfilm #indiefilm #newyork #brooklyn #filipinx #mattmcgorry #lynncohen #ivoryaquino #arthouse #nyc

Lingua Franca is also as star-studded as an independent film can get. The team is made up of Grammy and three-time Tony Award winner Jhett Tolentino as producer, Tony Award winner Clint Ramos as production designer, and Gigi Dement, who produced the Academy Award-winning film God of Love, as producer. Our National Artist for Music (and overall living legend) Ryan Cayabyab will also be writing the theme song for the movie.

The cast also includes actors like Matt McGorry (Orange Is The New Black, How To Get Away With Murder), Lynn Cohen (Sex and the City, The Hunger Games: Catching Fire), Ivory Aquino (When We Rise), and comedienne Fe De Los Reyes.

The movie is targeted for release in fall of this year, which means September to November for us. Hopefully, we also get screenings here in the motherland!

SHAREBy Celene Sakurako ‘Tis the season to be scared, and no one does...

SHARESince the start of the pandemic, we’ve become more dependent on our gadgets...